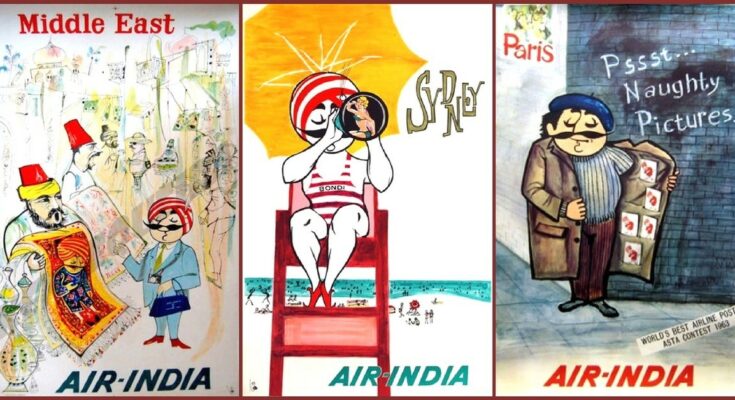 A little bird says Tatas may come full circle and acquire Air-India. Will the regal mascot strut again as he once did, asks Prabhakar Mundkur

JRD Tata founded Tata Airlines in 1932. Being a pilot himself, he flew the very first flight from Karachi to Mumbai at the Juhu aerodrome in a de Havilland Puss Moth. The plane was carrying mail. It was named Air-India when it became a public limited company after World War II. With our pseudo- 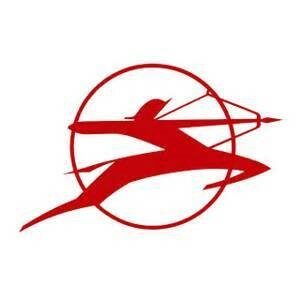 socialistic policies post-independence Air-India got nationalised in 1953, perhaps the very first blow to the brand. Governments were known to ruin service businesses because of their orientation and red tape. BOAC was one of the first government owned airlines that was rescued from government ownership when it made the successful transition to British Airways and private ownership in 1974. However with JRD Tata as Chairman until 1977 the airline still did well.

The first logo of Air-India was the centaur which was a version of Sagittarius shooting an arrow in a circle represented by the Konark. The symbol stood for movement and speed but of course one could ask why a western symbol for an Indian airline. Some say that perhaps the symbol was reminiscent of the farohar, a Parsi heavenly symbol featuring a winged man. The Tatas being the founders might have instinctively liked it.

Once upon a time, Air-India was the epitome of good service and airline hospitality. The famous Maharajah was designed by their advertising agency JWT to signify the feeling of being treated like royalty both in-flight and on the ground. The brand quickly became popular with its lovable mascot, the Maharajah. The Maharajah has ruled Air-India advertising for the longest time in Air-India history.

SK ‘Bobby’ Kooka, the Commercial Director of Air-India is once known to have said. ‘We call him a Maharajah for want of a better description. But his blood isn’t blue. He may look like royalty, but he isn’t royal’. Famous for having conceived the Maharajah along with Umesh Murdeshwar Rao of JWT in 1946, the Maharajah is one of the oldest mascots in the world. Kooka was later Chairman of JWT ( then Hindustan Thomspon Associates ) and could watch the Maharajah and Air-India advertising grow in stature and popularity.

Ivan Arthur, earlier National Creative Director of JWT, and now educator and author, when asked about the Air-India advertising, said, “Conceived as a letter-head design, the Maharajah broke the fetters of the line drawing and became flesh with a personality and DNA of his own: the double helix of gracious exotica. That DNA did not permit him to stand in the street corners of conventional media and tout his destinations like a cheap ticket salesman. His famous romps on those hoardings were not advertising. They were non-advertising: parlor talk, one-liner points of view, camaraderie, provocation and good humor, all of which did not ask you to buy an Air-India ticket. In fact, in many of the hoardings, he refused to have the Air-India logo as sign-off. He was the sign-off. He was no commercial mascot. He became a national figure. Much loved and respected.

Today it looks like he has shrunk back into that letter-head design, standing in corners to sell a seat. A soulless skeleton, still hanging on to yesterday’s clothes; a pretender, a tout masquerading as royalty. But perhaps, that is what is called for today. Hard sell.”

So then, do we need this maharajah at all? Surely, we can do this hard sell in the shiny new idiom and in all the shiny new media of the day. Give him a decent burial.”

The Maharajah dies a 100 deaths 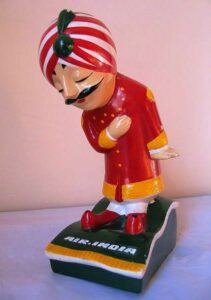 Come the ’80s, however, frequent changes to the Chairman of Air-India position resulted in the Maharajah dying a 100 deaths. Air-India chiefs were keen to kill the Maharajah in lieu of something new and more contemporary. One such case was when in the late ’80s one Air-India chief hired Landor the well-known design firm to redesign the logo of Air-India in 1989. An airline identity change is one of the most expensive identity changes for any industry because it involves re-painting all the aircraft, the livery, the ground vehicles and every signage in every country. But Air-India went through all that bravely, eager to dump both the Centaur, which was their logo for the longest time and the Maharajah who was accused of not being in tune with the times. Rajan Jetley, then Managing Director of Air-India, had said in defense of the new logo, “It is a public statement of change and a product exercise in the classic marketing sense.” The logo was an oval sun on a sash.

This was painted on the tail of the aircraft and the Boeing 747 Rajendra Chola became the first aircraft to carry the new logo and the livery. This facelift is known to have cost Air-India $35 million back in 1989. But the public started questions about the change, immediately missing their familiar brand Air-India. Questions were also raised in Parliament about the change of identity. But in spite of the identity change, the Maharajah seemed reluctant to leave the brand and its advertising. For every one person who didn’t want him, there was a loyal fan who wanted him back.

This was true of consumers as well. The Maharajah doll as shown above, once upon a time had pride of place in the living room showcases of most Indian families. The brilliant sun logo was short-lived. A few years later Air-India was back with the Centaur which had been its identity since the airline first started out as Tata Airlines.

The merger of Air-India and Indian airlines put the question of Air-India’s identity once again on the dock. The then Minister of Aviation Praful Patel wanted to morph the insignias of the two airlines so that it reminded the travelers of both Air-India and Indian Airlines. Along with the identity change, the eternal question remained whether to retain the Maharajah or not but he seemed to have outlived yet another crisis in the history of Air-India. The logo of the merged airline was a Flying Swan with the Konark Chakra placed inside it. But the charm that the Maharajah once exhibited seemed to have deserted him. He was no longer charming and had forgotten his antics and his quirky puns. 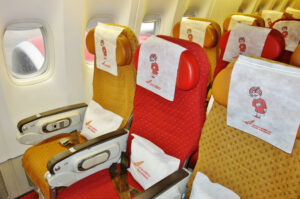 Of course, after Air-India decided to change agencies the standard of their advertising declined. Very much like the decline after JRD Tata was moved out of the board of Air-India.

It is 66 years since the Government made Air-India theirs. But with the imminent sale of Air-India, the Tata Group has already shown their interest in the airline they originally founded. If that happens Air-India will come full circle. And perhaps given their historical attachment to Air-India, the Maharajah might not have to take his final bow just yet.

2 Comments on “Final bow for the Maharajah?”