One of the most potent emotions people can feel, love, is a favorite ploy with
advertisers the world over – by Prabhakar Mundkur 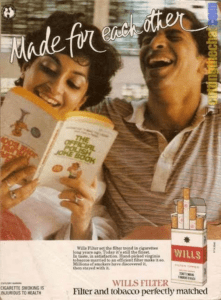 “Love for Sale, appetizing young love for sale,” crooned the jazz singers of yesteryears while
improvising on the Cole Porter classic. Someone once said 90% of the songs composed are
about love. Quite possible. Hate is best expressed only on Twitter and while discussing
politics.

But how has love been portrayed in advertising through the years? The Wills filter, Made for
Each other, Polish Jokes ad, I am told is one of the longest-running campaigns in the history
of Indian advertising. They captured the back page of magazines for something like ten
years in a row! The emotional logic in the ad followed the product logic, which was a tobacco
and filter perfected matched. The perfect match just like a couple made for each other.

Of course, some brands are just made for love. DeBeers for example. Because a diamond is
given as a token of love. And a diamond is a woman’s best friend as they say. 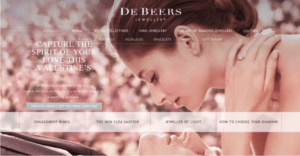 When De Beers had exhausted the idea of men giving women diamonds they started
suggesting that women could begin to give men diamonds, which led to this ad.

Love has the effect of making you feel exalted and elevated because of the effect it has on
your brain. Love is known to make a few key hormones make it an enjoyable pleasure. No
surprise then that advertisers have capitalized on it, just like the movies. Love stories are
almost always a hit. 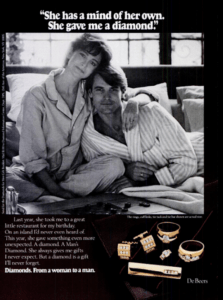 And then are the accompanying emotions with love, that of sex and arousal typically the
domain of products like condoms and deodorants. Axe for example has always been
positioned as the deodorant that makes you attractive to the members of the opposite sex.
But they usually treat their TV ads with a bit of humor and the attraction is always very
tongue-in-cheek so it normally brings a smile to your face. But Durex ads get a bit too vulgar
for my liking. Somehow, they are just making bad jokes that don’t you really smile like this
one. 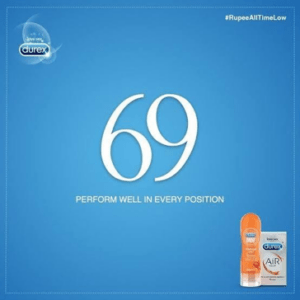 But typically romance in advertising tries to project that the product or service will increase
the attachment between male and female partners. Close-up is a good example. Fresh
breath that brings couples closer and gives them the confidence to kiss. Although Close-up ads showed couples kissing, in the Indian and Asian versions couples are shown close to
each other for cultural reasons.

So how does romance as an appeal stack up against appeals? Well, perhaps it is only one of
the twenty or so appeals that advertising uses. Neuroscience says that romance helps to
draw their long-term memory of our brands. There is no doubt that romance stirs up
emotional responses. Love is one of the most potent emotions people can fee. No wonder
then, that it is the favorite ploy of some advertisers the world over. 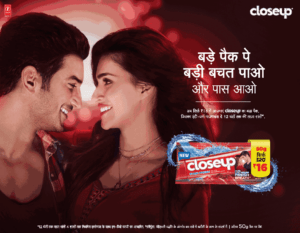