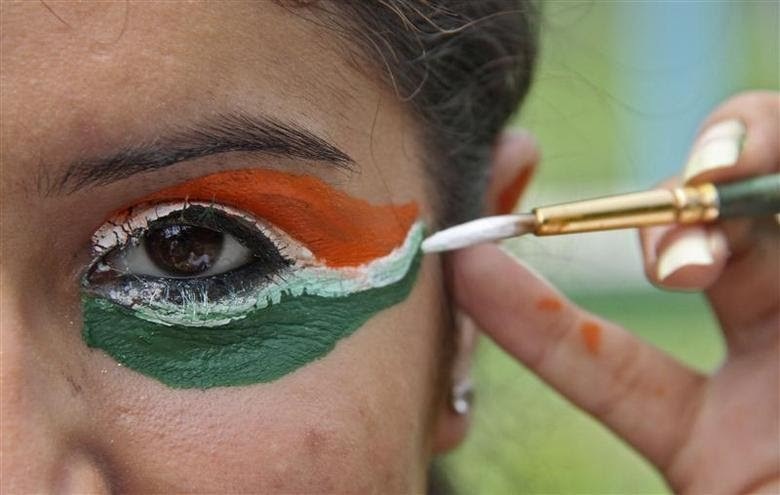 When I was growing up we didn’t paint our faces with the tri-color while watching a cricket game but over the years cricket as a sport stirs up patriotic feelings like no other. Not surprising, considering cricket along with religion and Bollywood are the three key hot buttons for India. This is why it is so common for people to paint their faces or wave the tri-color in other forms at a cricket match. 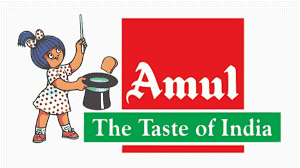 If we go back into our past, brands like Amul (a brand which is a year older than independent India) stirred patriotic feelings and much later of course summed up their brand as the Taste of India. So did Bajaj with Hamara Bajaj (Buland Bharat ki Buland Tasveer). I think in the post- liberalized India brands still try to stir up patriotic pride e.g. Tata Salt with Desh ka Namak and to a lesser extent Tata Tea with Jaago Re. If you look at Tata as a brand, they are in the best position to do so being an old, trusted Indian brand.

I don’t think we have ever had a formal study of patriotic brands in India, although several brands have pledged their patriotism, but in the US where brands are continuously studied for their degree of Patriotism, brands like Jeep, Hershey’s, Coke, Levis, Ford, Wal-Mart, Campbell’s and others have stood out as patriotic brands. An annual research study finds out which brands were most associated with the value of patriotism. Quite often when we say American icon I guess what we are really referring to are patriotic brands. Largely, it has to do with being an American company or really being made in the U.S.A. In the 2016 research, a national sample of 4,750 consumers, 16 to 65, evaluated 248 brands across a collection of 35 cross-category values. Consumers identified the following brands as leading the most patriotic brands of 2016. The individual value of patriotism was indicated by the brand’s emotional engagement strength. The percentages indicated the degree of patriotism associated with the brand. 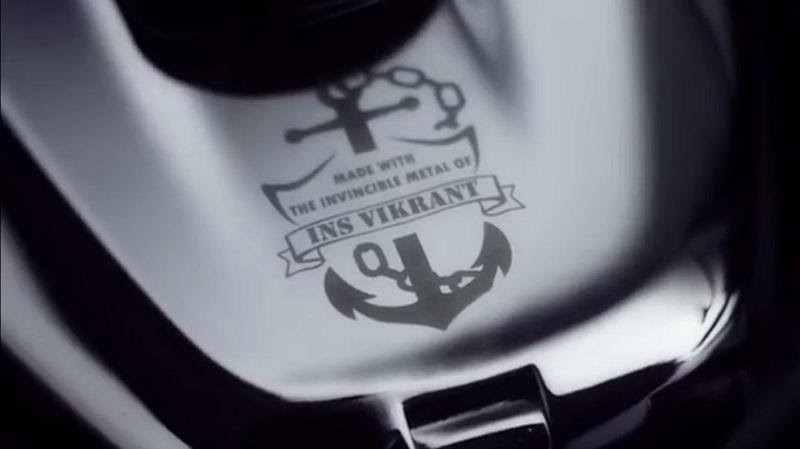 In India, Bajaj has always been known for its patriotic branding right from the days of the old Bajaj scooter with “Hamara Bajaj”. Of course, this was a time when India followed a quasi-socialist path that banned imports.

Many brands pledge their patriotism on Republic Day. For example Bajaj with their Invincible Indians ad a few years ago. It told stories of brave Indians who were serving society at large with the help of their Bajaj motorcycles. The Bajaj V bike is perhaps the most patriotic bike in their portfolio because it is made out of the steel of our famed aircraft carrier, INS Vikrant.

A major beneficiary of patriotic branding in recent times, of course, has been Baba Ramdev’s Patanjali by embracing the concept of Swadeshi. By taking the anti-multinational stance in the brand’s positioning Patanjali has by default become patriotic. In addition, Ayurveda indicates a ‘back to the roots’ approach which has been bolstered by Baba Ramdev’s yogic image giving Patanjali a highly differentiated patriotic slant. This also echoes the political slogans of the day that includes “Made in India” and ‘nationalism’ amongst them.

But for a long time, most mass-market brands in India which were the darlings of the man on the street have been patriotic brands. The erstwhile Hero Motors when it was known as Hero Honda, pursued the “Desh ki Dhadkan” theme for many years. 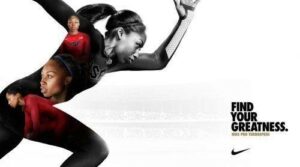 Nike although originating in America, has established itself as a truly global brand by capturing the hearts of young people in every country they entered. When it leverages sports events, it has the distinct advantage of itself being a sports brand. Their commercial for the Rio Olympics then did just that. It captured the quintessential Nike values of portraying success as the consequence of merely trying harder and combining them powerfully with passion for sport and patriotism.

“We’re being sold a brand new idea of patriotism. It never occurred to me that patriotism had to be advertised. Patriotism is something you deeply felt. You didn’t have to wear it on your lapel or show it in your window or on a bumper sticker. That kind of patriotism does not appeal to me at all. ”

Sam Shepard, the American playwright, and the writer say it never occurred to him that patriotism had to be advertised. But as we can see from the brands of many countries, patriotism is a value that can bring a brand close to its people. It is an endearing brand value, that if handled well, can be exploited for the long term. Patriotic branding has that uncanny ability to make brands seem selfless, instead of seeming to just chase their profit margins and perhaps this might be its most important virtue.

No wonder then that marketers the world over are pursuing patriotism as key brand value in their brand strategy.