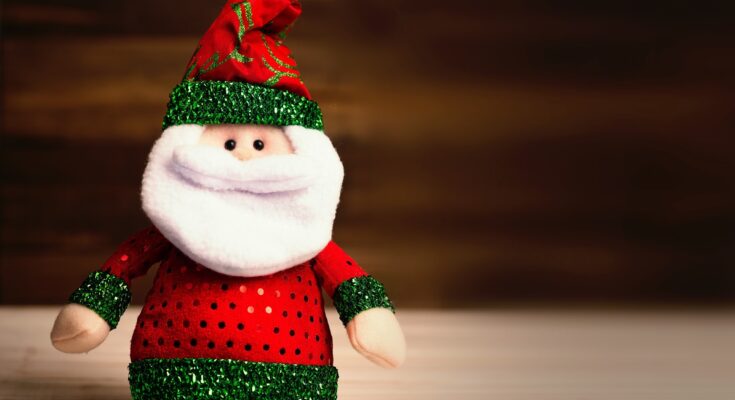 Holiday and Christmas advertising is often a chance for humour as well as social messages, writes Prabhakar Mundkur

There is a certain air about holiday advertising that pervades most celebrations; Diwali in India, Xmas in the UK, and the Super-Bowl or Thanksgiving in America.

Celebratory advertising is full of the symbolism of the festival being celebrated, it is Goddess Durga for Durga Pooja, lights and lanterns for Diwali and Santa Claus, the sock, mistletoe, reindeer and other symbolisms for Christmas advertising.

Over the years another change has happened. We have moved from traditional media like print and TV to social media. Social media in many ways can do what print does and often even what TV does. No wonder TV watching is on the decline and giving in to digital media the world over.

These are some of the campaigns I selected on Instagram and other media because they caught my attention. Naturally there is not much Christmas advertising in India because we don’t celebrate it on the scale of the West. Christmas advertising is also different because of the holidays that surround Christmas. Schools and offices close on or before Christmas Eve and open only after the New Year is over. That’s at least a good 7-8 days, which is why it also goes under the label of holiday advertising.

Omino Bianco is the leading detergent additive brand in Italy, and sells in several segments in Europe. This particular ad harps on what detergent makers have been impressing upon customers for decades now. Separate your whites from your coloured clothes. The trend is yet to catch up in India and no doubt in Europe people still tend to wash their coloureds and whites together. This ad has Santa Claus in his colour-faded costume which strikes a pretty funny note. 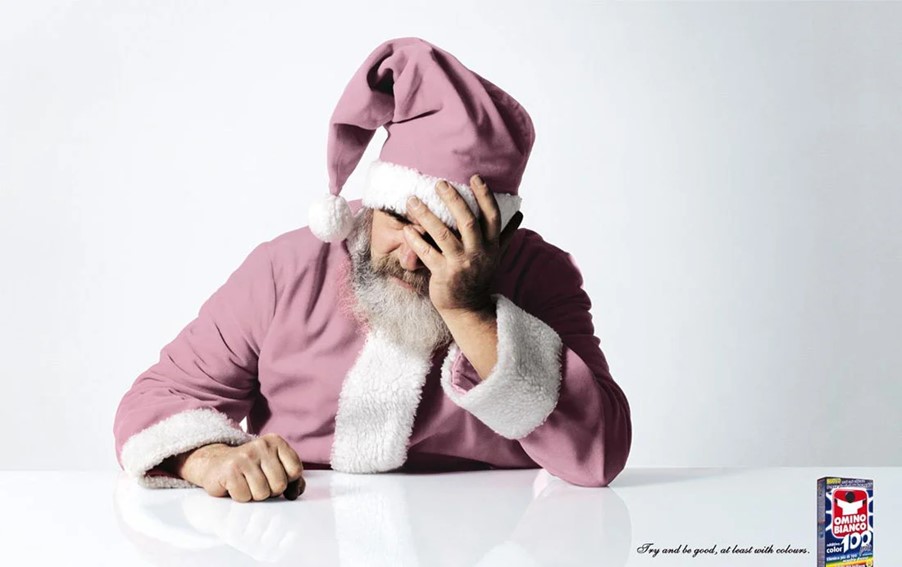 Red Cross is into the serious business of collecting blood. But it always does some innovative advertising. Partly because they have to constantly motivate people to donate blood. Most people get away without donating blood for a lifetime. So, the task for Red Cross is a colossal one. I thought this ad from Red Cross does make the point that blood is perhaps the best gift you could give anyone. 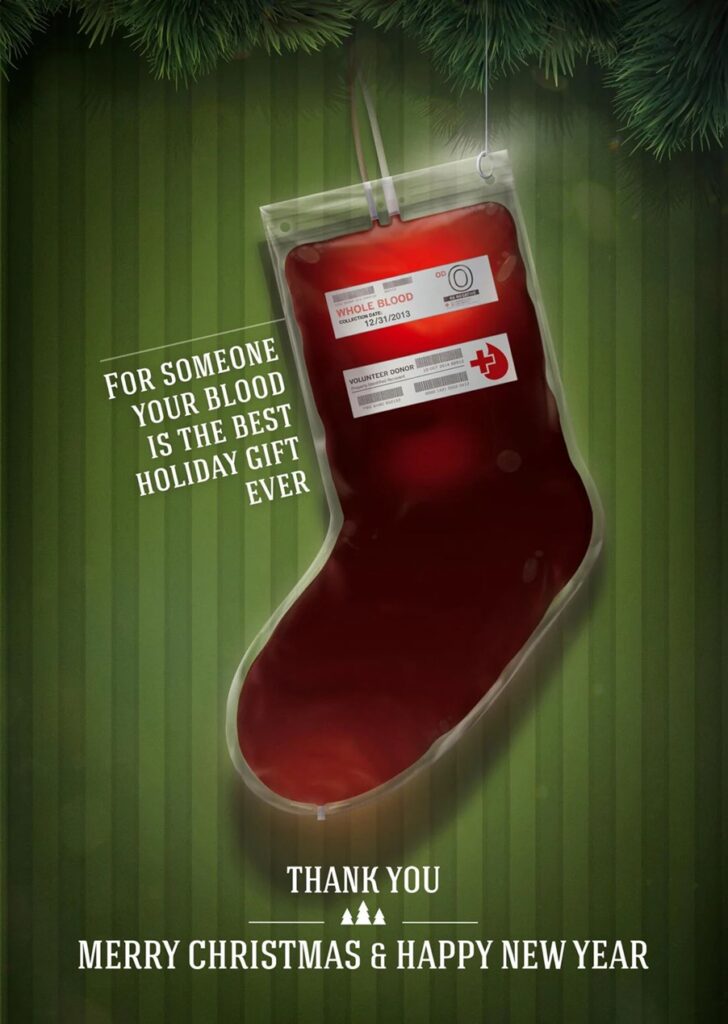 The Irish Society for Prevention of Cruelty for Animals is a pet charity. And like most pet charities they do their bit to see that stray animals lead a healthy life and get adopted. I was particularly impressed by this ad of dogs perhaps singing Christmas carols? 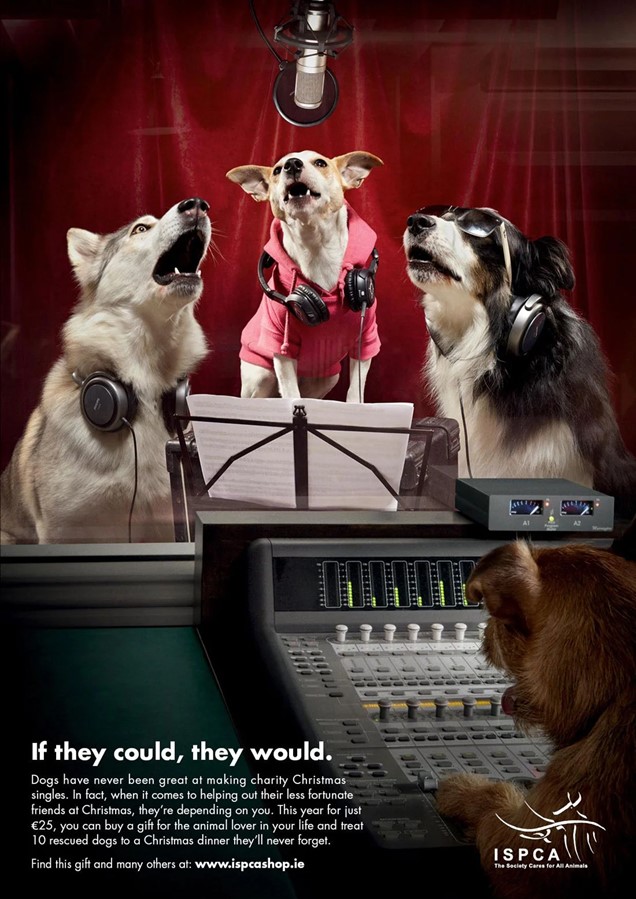 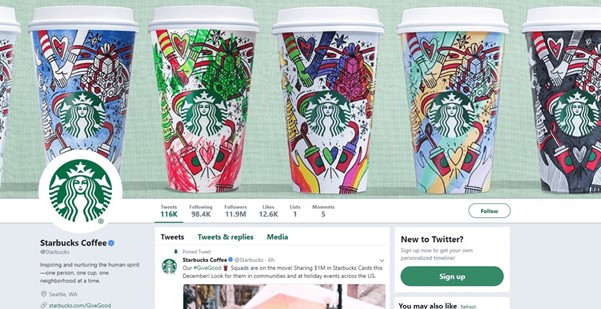 It is common for people overseas to drive home for Christmas. Sometimes the drives can be quite long, tempting the occasional driver to have a drink on the way. Heineken took advantage of that to spread the message of driving responsibly for Christmas. 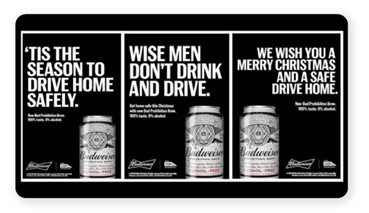 Kissing under sprigs of mistletoe is a well-known family tradition. Mistletoe is a very ancient plant with a long history. Mistletoe’s association with fertility and vitality is known to have been established in the Middle Ages. As part of an old custom men were allowed to kiss any woman standing under the mistletoe.

So Hershey’s did a smart one by introducing some new flavours of their favourite Kisses chocolates.

And with that I wish our readers a very merry Christmas and a Happy New Year! 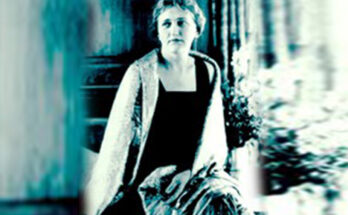