My Tryst with Colon Cancer

It had been a few months since my stomach had been giving me problems. I found myself riddled with debilitating acidity and gas, to the extent that I would get dizzy and need to lie down. Having suffered from IBS (irritable bowel syndrome) for many years, I wrote it off as one of its symptoms. As the dizziness was not permanent, I didn’t take it as seriously as I should have.

At my children’s insistence, I took an appointment with an apparently senior gastro physician (who I am intentionally not naming) for a check-up. He did a colonoscopy and found two harmless but large polyps in my colon, they were also biopsied and found benign. We also did a blood test for cancer markers and the results were in the ‘normal’ range. None the less, the doctor said it’s better to have them removed as they were large. Since the reports weren’t alarming, I took it easy, which in retrospect, was a mistake. But then, as they say, hindsight is 20/20. Finally, nearly six months later (again at my children’s insistence) I took an appointment with Dr Maydeo to get the polyps removed. After the procedure, he met my sons and told them he saw a ‘patch’ in my colon that he was ‘not happy about’. They say they knew then that it was cancer, but I remained largely unconcerned. A few days later, the biopsy report of the patch came back, and it was malignant. It was a colorectal carcinoma.

When I look back, my family and my reaction was largely amusing. We kicked into ‘action’ mode, as if we were about to tackle a business problem. We made calls, took appointments and set off to meet the best doctors Mumbai had to offer. Somehow our emotions didn’t kick in for a while. Unfortunately, the Mumbai oncology surgeons left a lot to be desired. I was told that the carcinoma could be removed surgically, but they would not do it laparoscopically because they ‘needed to touch and feel my insides to make sure there would be no remaining cancer’. Naively, we took it at face value. Thankfully, better sense prevailed and we decided to look at international options. The U.S. was too busy and too far away, and we settled on Singapore.

On a side note – this experience taught us that we should all have global insurance. I cannot get it for another two years, but my entire family now has it. You never know when you will need it, I strongly urge you to sign up for it, if you can afford it.

After speaking with doctors in Singapore we shipped off in a week. By this time, reality had set in and all I wanted was for the cancer to be out of me. I wanted the surgery ASAP. But Singapore insisted on repeating all the tests – from the colonoscopy to the PET scans. They said they had come across cases from India where the ‘cancer patient’ didn’t even have cancer! And when we told them about the Indian doctor cutting me open so he could ‘touch and feel’, it was all they could do to not laugh.

My surgery was scheduled for the tenth day after we got there. It was a gruelling and long surgery that was followed by an equally gruelling recovery. Post the surgery, we thought the chapter was closed, but the histopathology of the tissue from the tumour afflicted area revealed that fourteen lymph nodes were infected and I needed chemotherapy. That moment when I found out that I needed chemo was probably worse for me than finding out that I had cancer. That is when the gravity of the situation hit us. Till that moment I had treated my cancer as something short-term that I would be done with in a month’s time, but that was no longer the case. The thought of the pain, the hair-loss, the doctor’s visits, everything seemed unbearable.

Thankfully, I’ve been going for Satsang for many years, and my unshakeable faith in God and the fact that what has to happen will happen and it will happen for the best gave me a lot of strength. Furthermore, there were ladies in Singapore who followed the same Guru as I and they were of immense support to me. It helped reinforce my belief that everything would be alright. Such a support group at a time like this was invaluable.

After doing A LOT of research, we decided to get chemotherapy in India as it was going to be a long drawn affair and my mental peace was of paramount importance.  At the end of the day, nothing is as comforting and peaceful as home. With colon cancer, the good thing is that the protocols are pretty standard across the world so it was safe enough to get it in India.

More than the surgery, the chemotherapy was tiring and draining- physically and emotionally. It was tough for me and my family. The treatment, the side-effects, the loss of appetite, the exhaustion, it was taxing. But again, my unwavering belief in God helped me through it. My family probably had as hard a time as I did. My husband and/or son would have to take off work during the chemo days, they didn’t travel throughout my entire chemotherapy so that someone could give me company, the need to always maintain a cheerful façade so that I would not feel bad, these were only a few of the things they went through.

Going through something like cancer makes you realise that it’s not just the patient who ‘suffers’, but the entire family. I used inverted commas for the word suffer because at the time it felt torturous, but in retrospect it was a learning experience or all of us, one that made us stronger as people, as a family.  the There were many silver linings also- my family from out-of-town came to visit and spend time with me, I didn’t lose my hair, I lost some weight :). Looking at these small mercies is important – no matter how dire a situation. Focusing on the good that comes off it makes it much more bearable.

Surprisingly, more than me, I found that my mother was very affected. My father had passed away only recently and it was very hard for her to bear my illness. But she too managed to find courage. My husband too, while being brave, was shaken. I think after this we’ve both rethought some of our lives’ priorities. We’ve learnt the importance of focusing on ourselves a little more, we certainly pay more attention to our health; we’ve come to appreciate the support network we have in India in the form of friends and family, and we’ve learnt that life is unpredictable, it can change it in an instance so it’s important to do what you want when you want to do it, and not wait for ‘another day’. That day may never come.

There were some things I did to prepare myself for the chemotherapy. First and foremost I virtually gave up sugar and dairy. Research show that both attract cancer like flies to honey and even now, I barely have it. I signed up with Luke Coutinho who, at the time, was very good with cancer cases. The diet he gave me helped deal with the side-effects of chemo. He would give me little tips and trick on how to handle an on-going issue- such as have a glass of lemon water to battle chemo-related nausea, etc. Another thing I learnt was that constipation is the worst when it comes to colon cancer- so again, I urge everyone to do what they can to keep their bowels clean.

The chemotherapy, itself, was largely (and thankfully) uneventful, with no emergencies that sent me to the ER like so many cases I had heard of. Other than one bout of fever and one extreme allergic reaction, nothing happened to me.

Maintaining a positive frame of mind and keeping myself surrounded by similarly positive people helped me tremendously. My young granddaughters were a constant source of entertainment and light in my life. Their constant smiles, affection and caring in their own ways touched me like nothing else.

My biggest learning from this experience is that nothing is unsurmountable. You have to deal with issues head-on, as they happen. Cancer is, in many ways, scarier as a concept than it is in reality. By God’s grace, my cancer was not Stage Four and at no point did the doctors say it was life-threatening, so it may be easier for me to say this; but undoubtedly panicking or going to pieces does not help. Maintaining a sense of calm and understanding what the best way to deal with it is of paramount importance.

I’d like to end with a few key learnings from this experience:

A healthy diet is key to a healthy life. Sugar is harmful in more ways than one. If you can’t give it up, restrict its intake significantly. Visit a nutritionist and make yourself a nutritious and, more importantly, sustainable diet. Weight should not be your focus, health should be. 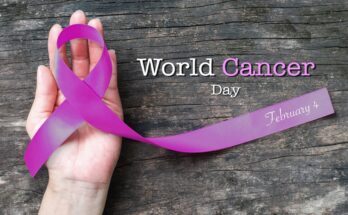 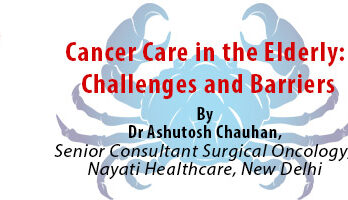 Cancer Care in the Elderly: Challenges and Barriers 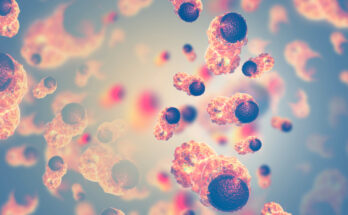 A Fact-Check on What Causes Cancer