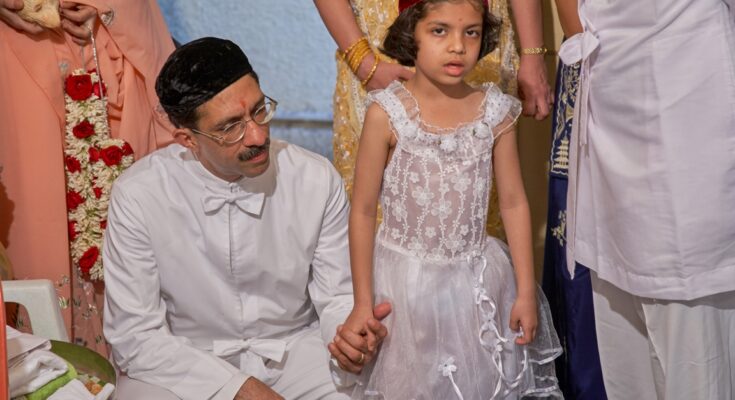 In the second of our series on Communities, the inimitable Bachi Karkaria holds forth on probably the quirkiest of them all – the Parsis

How dare you ask me to write on this topic, Editorji? It’s a contradiction in terms, and only an oxy-moron would think that such a species with common traits exists. Our most common feature is that each of us is so uncommon. Shylock may have said ‘Sufferance is the badge of all our tribe’, but we have as little use for it as a meal without eggs. Instead, ‘Individuality is the badge of all our tribe’, as much as the sadra we wear. Naturally, the ‘I’ factor kicks into even this sacred garment. Hilloo, Pilloo and Villoo put their own stamp of necessity or style on it, wearing it panty-long or bra-short, Magyar-sleeved or strappy, everyday muslin or elaborately bordered net for special occasions. Or the entire garment dispensed with by ivory-skinned Ava and other members of our Only Backless Classes. Poor Nasloo can’t take so many liberties with his sadra. And even less with the Nagging Najoo in his life.

A direct ancillary of our individuality is our readiness to jump into disagreement, with our own unmusical scale of disagreeability. Amartya Sen wrote ‘The Argumentative Indian’. But, if he’d been foolhardy enough to narrow it to The Argumentative Parsi, he’d never have completed the manuscript. And no publisher would have dared touch it for fear of a cornucopia of correspondence — clarifying, correcting, complaining or just plain cantankerous. Among the many sayings that hold a mirror to our community is the one that if he can’t find an opponent, the Parsi will argue with the reflection in his ‘arsi’.

Long ago, a Manjula Padmanabhan cartoon in Parsiana depicted two gentlemen in traditional topi and beaked noses, with one of them asking in genuine bepuzzlement: ‘Best community? Which others are there?’ I’d come to Bombay just a few years earlier from Calcutta, home to the Bengalis who also inhabit a lofty ivory tower, not deigning to recognise any other lesser human breed. I realised soon enough that it was a neck-and-neck race between my former and present fellowmen, and we Parsis won only by a nose-length.

The sense of superiority is not without reason. The Bombay Bawa (and more so bawi) is as much the custodian of culture as the self-anointed Bong (who else in all India knows not to clap between the movements of a Western symphony?). We better the Banerjees in baritone though they could match us barrister for barrister. And doctor for doctor. But, aha, would anyone pay a premium for a Bengali-owned car? Nah! Bejoy babu would never sully his hands by driving it himself (at 20 kmph), forget about lovingly wiping off engine grease and polishing it to a shine every Sunday.

I must confess that I didn’t fully know what it was to be Parsi till I moved to Bombay. Oh yes, we were a well-knit community in Calcutta with our sports and amateur dramatic clubs, Youth League, Scouts and Guides troops. We earnestly listened to spiritual lectures amidst the body-building apparatus of the Saklat Physical Culture Institute since this was the only dedicated space till Seth Eduljee Olpadwala, owner of Byron’s Soft Drinks, donated his palatial mansion to the community. But we were still only a tiny outpost, with a tinier population. In Cal, my chances of casually encountering a kaumrade were as slim as the thighs of Freny Fatakia aka Fatakdi, but my eyes goggled as I passed scores of Parsis at bus queues, bazars and bowing to the gates of fire temples as I made my way from VT station to my aunt’s flat. There I got torpedoed by the depth charge. It was my first encounter of the Baug kind. It was a rite of passage more fundamental than my navjote, the ceremony which inducts every Parsi-born child into Zoroastrianism.

Pitching camp at Homai Masi’s house, I learnt what it meant to be a dyed-in-the-dhansak Parsi, not the shorshey-bata-compromised saas ni machhi Bachi I’d been for the past 21 years of blissful ignorance. This was my initiation into the true faith. Here’s a list of its Tata Steel-clad principles which I discovered as I was sucked into Bombay Bawadom.

The fourfold path. Zoroastrianism’s threefold tenet of good thoughts, good deeds, good words have acquired a fourth, secular add-on, the good life. This is manifested in the Parsi peg, the staggering lagan nu bhonu, the everyday willingness to ‘Eat, drink and be merry for tomorrow we die out’. And the fact that after the obligatory obeisance to our oldest, most sacred fire ‘enthroned’ in the Atash Behram at Udvada, every true believer must genuflect to toddy and tareli-boi spiked gargantuan meals at the nearby, Sidhwa family-run Globe Hotel ( Estbld 1924). Church and state satiated-ly un-separated.

A distinctive multilingual fluency. In my first weeks I was bemused by my cousins’ awed admiration of some neighbour’s ‘second language’. Was that loutish Langrana boy, who couldn’t string together a coherent sentence in English or Parsi-Gujarati, a secret linguist? Ask and ye shall receive a revelation. ‘Second language’ was shorthand for the felicity with which Parsi men pepper their speech with the common ‘BC-MC’ gaali.

Zain and the Art of Motorcycle Maintenance. No Kawas can be a redblooded bawa stud unless he spends all Sunday morning lavishing near-erotic attention on his Kawasaki, and then varrrooming up to Lonavala, the sparks flying at every hairpin bend as his beauty grazed the ghats.

The ‘Apro’ Appropriation. ‘Apro’ means ‘our’, and is a familiar, almost familial way of making a storied personage your own; ‘Apro George’ was the original, referring to the British monarch who visited Bombay in 1911 , and whose photograph along with that of Jamshedjee Tata hung on either side of the portrait of the Prophet Zarathushtra in most homes till they were recently dethroned by newfangled notions of interior décor. The pronoun-ed possessiveness extended to ‘Apro JRD’ and passed on to ‘Apro Ratan’. There was ‘Apro Adu’ referring to the late and much-missed Adi Marzban, theatre genius and owner-editor of Jam-e-Jamshed, which every Parsi had to read for its vital hatches, matches and despatches columns. And of course there’s ‘Apro Zubin’, twice-born because he’s not only a cultural icon, but an international one.

The Ovoid Alter Ego. You cannot think of a Parsi without eggs any more than you can make a kanda-kothmir no poro without them. Forget cholesterol, cardiac arrest and maybe Covid-19 too, eeda is to us what Edam is to the Dutch, more so because we have more ways to deploy them than any Hollandaiser. We can steam an egg atop everything bar a dal, turning any other wallflower veggie into the darling of the dining table. Why, we even welcome a bride with the circling of an egg around her head (not that this has helped up our precipitous decline in fertility). We even extend this to the new car in our life. Maybe we should call that ritual ‘BMW par eedu’.

The Ganga Network. Very early in my Bombay foray, I learnt that she was the third woman most critical to Baug dynamics. The nav-vari -sari-sporting, sharp-tongued, no-nonsense part-time bai was essential not only for the sweeping, swabbing, and scrubbing of ‘vaasan’ to mirror finish, but equally for her role as grape-vine. It was she who kept A Block Alamai fully apprised of the bickering in B Block Batliwala flat, why the matrimonial negotiations for D Block Dinbai’s ‘maari doll-jevi dikri, Daulat’ came to naught, and the salacious details of Philandering Philly’s latest transgression. Upward mobility on both sides of the social divide have made her a dying breed, with her educated daughters and nieces no longer needing menial jobs, and younger wives no longer staying home and needing neighbour gossip to ‘mithoo-marchu’ up their lives. All power to both progressions, but a regretful goodbye to the joys of making mincemeat of Colourful Coomi together with the ‘kheema na kawab’. Or generally making a random kachumber of reputations.

Yes, we Parsis are dying out, but you can be sure we won’t go glumly into the night. We’ll go out dancing with our retrofitted knees, drinking till Sala Soli’s last bottle is downed, dining like there’s no diabetes or arteriosclerosis. And, oh yes, arguing interminably with the Almighty, using all the ‘second language’ unfailingly at our command. 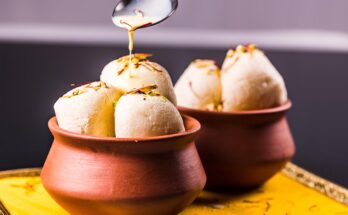 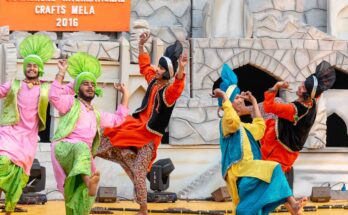 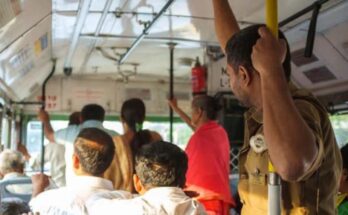 Bachi Karkaria is a veteran journalist and author. She has worked for many years with The Times of India, and a bit with Mid-Day as also with The Statesman. She curates the Times Litfest.

View all posts by Bachi Karkaria →

3 Comments on “Salli, Soli and Saala BC-MC… Bachi Karkaria on the Parsis”