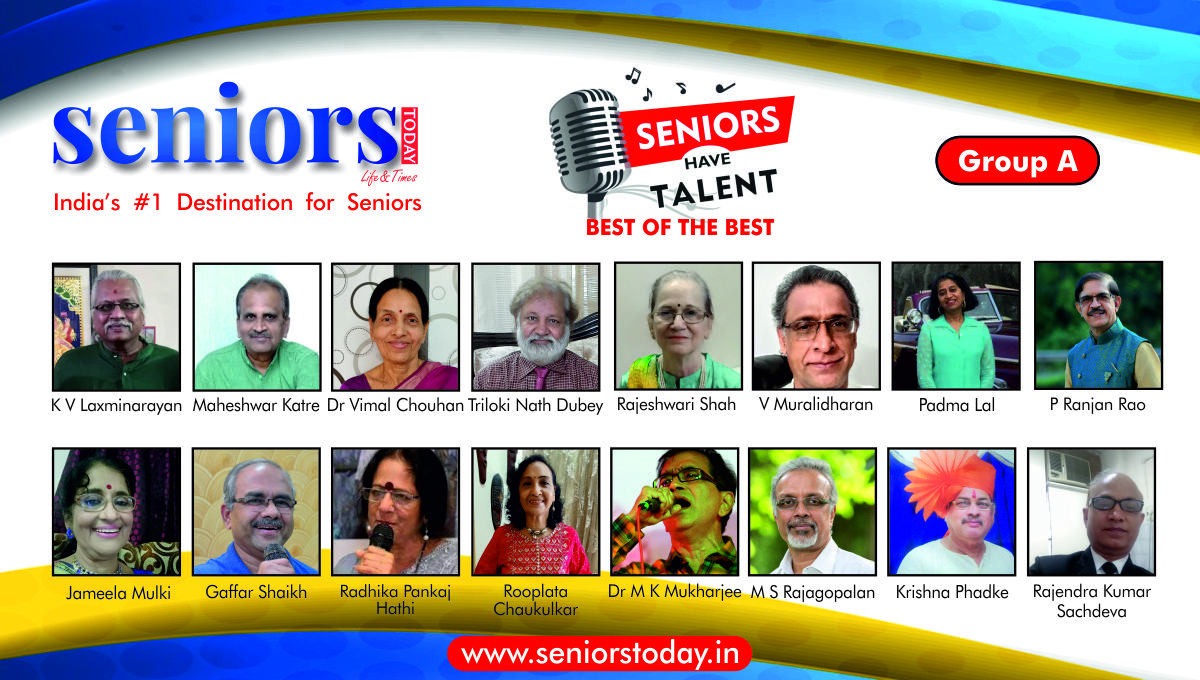 Since September 2020,  Seniors Today has been conducting Seniors Have Talent, a weekly singing contest for seniors. Three ‘seasons’ have been held thus far with each of them comprising group-level contests and later Season Finales.

On April 11,  the first leg (Group A) of the Best of the Best of Seasons 1, 2 and 3 was held. This was an exhibition event, with no Contest and prizes given. Group B will be held on April 18.

There was an innovative twist in the Best of Best. Instead of alphabets the participants received situations to sing about.

There was no jury. The service of a Song Chakra (like the Wheel of Fortune), helped identify the genre of song the participant was invited to sing.

Fourteen participants, all of them winners. A surefire recipe for loads of fun.