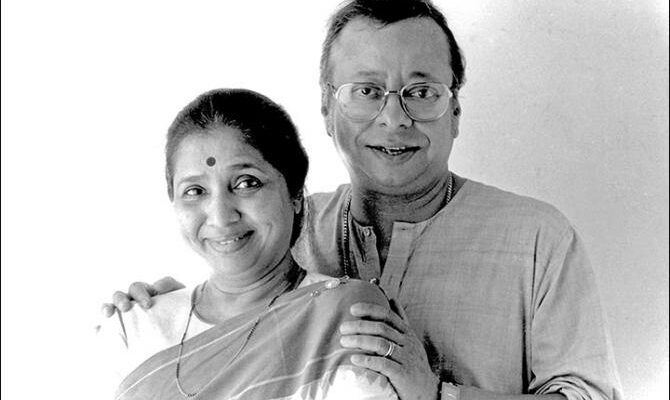 It’s the master music director’s 81st birth anniversary on June 27, so Narendra Kusnur’s presents some unforgettable songs that the multi-faceted Asha Bhosle rendered for him

To mark R D Burman’s 81st birth anniversary on June 27, we thought of compiling a list of solo songs sung for him by Asha Bhosle. Quite surprisingly, the task wasn’t as easy as it seemed.

Unlike most lists where one has to choose from a large number of deserving songs to fit in 10 or 20, there weren’t too many solo songs that the two worked on together, at least in Hindi films. They released many songs in Bengali though.

With Burman as music director, Bhosle has sung many successful duets with Mohamed Rafi and Kishore Kumar. There are many Bhosle-dominated songs where other voices come in. Burman himself appears on ‘Piya Tu Ab To Aaja’ (Caravan) and ‘Sapna Mera Toot Gaya’ (Khel Khel Mein).

Bhupinder chips in on ‘Jab Andhera Hota Hai’ (Raja Rani), and the voices of Amitabh Bachchan and Sharad Kumar are heard on ‘Do Lafzon Ki’ (The Great Gambler). Though Bhosle sings most of ‘Roz Roz Ankhon Taley’ (Jeeva), Amit Kumar has a sizeable portion at the end.

In the film Ijaazat and the album Dil Padosi Hai, Bhosle sings many songs. But here, we haven’t used two songs from the same project. Some of these numbers have choruses, and have been included. The list is chronological.

Picturised on Zeenat Aman and Dev Anand, who play siblings, the song was a rage in the early 1970s, with its infectious hook, catchy choruses, smart guitars and driving rhythms. Anand Bakshi wrote the lyrics, which referred to a group of drug-addicted hippies in Nepal. Even today, it is a club favourite.

The magical combination of Burman, Bhosle and lyricist Gulzar worked wonders in this song picturised on Farida Jalal and Hema Malini. The composition had an effervescence, and the singing was natural on the lines “Bechara dil kya kare, saawan jale, bhadon jale”.

The film was an Indo-Soviet production based on a Central Asian fantasy tale. Burman uses a sound that blends disco and Central Asian elements with choruses. Picturised on Zeenat Aman in a group setting, the song was penned by Bakshi.

Besides this song, Ijaazat had other fabulous Bhosle numbers like ‘Katra Katra’ and ‘Khali Haath Shaam Aayee’. On ‘Mera Kuchh Saamaan’, picturised on Anuradha Patel and Naseeruddin Shah, Gulzar wrote intense words without sticking to the meter, and Burman delivered a gem.

Bhosle sang in many Bengali films and private albums. Though most were with Burman, she also sang for Salil Chowdhury, Manna Dey, Bappi Lahiri and Sapan Jagmohan. This peppy tune was one of the later gems, composed by Burman and written by Mukul Dutta.