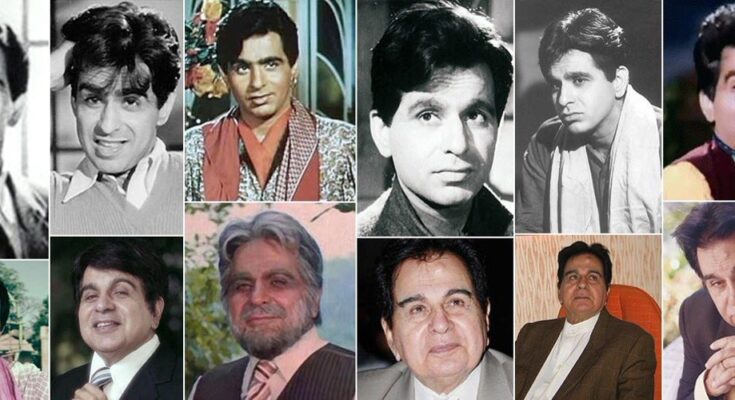 Legendary singers of Bollywood happily lent their voice to the unforgettable actor and some clearly animate why he is known as the ‘Tragedy King’, writes Narendra Kusnur

Though Mohammed Rafi sang some of the biggest hits picturised on Dilip Kumar, the actor was privileged to have other great singers lend their voices for him. Talat Mahmood and Mukesh had some great songs in the 1950s, and in 1974, Kishore Kumar sang for him for the only time in Sagina.

Yet, Dilip Kumar worked in many films with music by the legendary Naushad, who preferred Rafi and lyricist Shakeel Badayuni for his songs. And they produced some major hits together. Thus, four of these 10 songs have that combination.

The songs are a mix of cheerfulness, romance and sadness. The list is chronological.

The song ‘Bachpan Ke Din Bhula Na Dena’ was known more for its Lata Mangeshkar-Shamshad Begum version. But, Mohammed Rafi sang the male version beautifully. The Naushad-Badayuni combination was at work again, and the song was picturised on Dilip Kumar, Nargis and Ashok Kumar in a tonga.

The only duet in this list, it was sung by Rafi and Asha Bhosle, and picturised on Dilip Kumar and Vyjayanthimala in a tonga ride. O.P. Nayyar provided the music and Sahir Ludhianvi wrote, “Maang ke saath tumhara maine maang liya sansar”.

Besides Rafi’s immaculate singing, the song was best remembered for composer Naushad’s use of raag Hameer. Badayuni wrote the words and Niyaz Ahmed Khan sang a small bit with Abdul Halim Jaffer Khan playing sitar. The song was filmed on Dilip Kumar and Kumkum.

All these songs were classic Dilip Kumar hits. And some of them, like the ones in Footpath and Yahudi, show why he is called the Tragedy King.