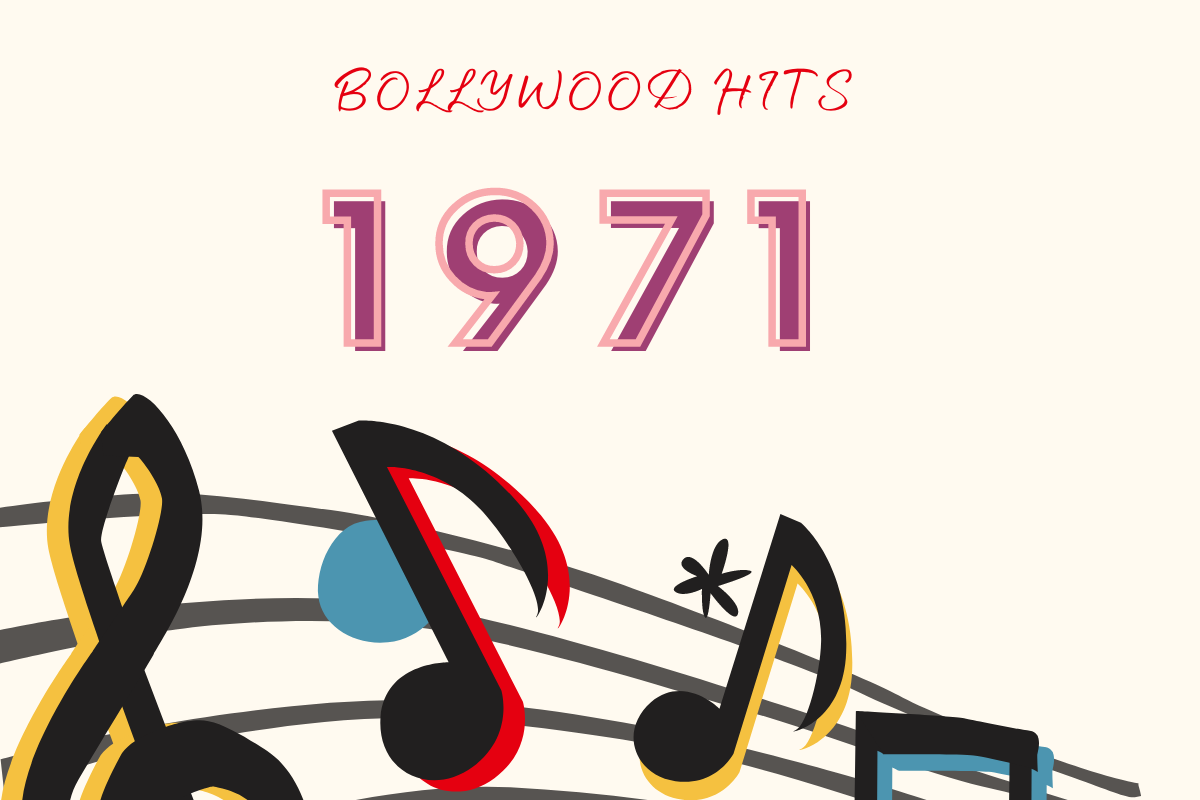 Though the news headlines in 1971 focused more on the Indo-Pak war and the Indian cricket team’s victories, film music found a space of its own. Narendra Kusnur chooses 10 best songs that made the year special for music.

Though the news headlines in 1971 focused more on the Indo-Pak war and the Indian cricket team’s victories, film music found a space of its own. Narendra Kusnur chooses 10 best songs that made the year special for music.

Exactly 50 years ago, film buffs across the country were humming the songs of Haathi Mere Saathi. The film had been released on May 1, 1971, and attracted packed halls for nearly three months, as fans went to see their idol Rajesh Khanna.

The music of Haathi Mere Saathi was one of the highlights of 1971, a year known and remembered for some great film melodies. Here we choose 10 songs that made the year special.

The year was particularly successful for Rajesh Khanna, music director R.D. Burman, singers Kishore Kumar and Asha Bhosle, and lyricist Anand Bakshi. Of course, these are only 10 hits, as 1971 had much more to offer musically.

The Kishore song was a rage among both children and adults. Rajesh Khanna was seen taking the help of elephants to push Tanuja’s car. Laxmikant-Pyarelal composed the music, and Bakshi wrote fun lines like, “Band hai motor car, chal yaar dhakka maar”.

At another end of the spectrum, this was a song about hippies, and featured Zeenat Aman and Dev Anand, who played her brother. Shot in Kathmandu, it was a huge hit for Asha Bhosle, with R.D. Burman creating an upbeat tune. Once again, Bakshi was in his element.

Anand was one of those films people watched again and again. Its songs are loved even today, and ‘Kahin Door Jab Din Dhal Jaaye’ sung by Mukesh has remained an all-time favourite. Filmed on Rajesh Khanna, with Amitabh Bachchan making a brief background appearance, Salil Chowdhury’s tune was penned by Yogesh.

This was one of the early songs showcasing Gulzar’s style as he played around the word ‘apna’. Sung by Kishore, it was composed by Salil Chowdhury and filmed on Vinod Khanna. The main lines were, “Koi hota jisko apna hum apna keh lete yaaron, paas nahin toh door hi hota, lekin koi mera apna”.

Asha Bhosle bagged the Filmfare Award for Best Playback Singer (Female) for this cabaret song filmed on Helen. Composed by R.D. Burman, it was written by Majrooh Sultanpuri and shot in a restaurant. A highlight was the male vocal line “Monica o my darling” sung by the music director himself.

Singer Vani Jairam sang this prayer song composed by Vasant Desai. Filmed on Jaya Bhaduri in a school, it was penned by Gulzar. The song was later performed in many school and college functions. In the same film, Vani had another hit in Bole Re Papihara, set to tune in raag Miyan Ki Malhar.

This was a song of hope and optimism, with Lata singing, “Naya zamana aayega”. It was filmed on Hema Malini and Dharmendra. Music was by Laxmikant-Pyarelal and lyrics were by Bakshi.

All these songs were huge on the radio show Binaca Geetmala and are regularly played even today on FM stations and television talent shows. Though the news headlines in 1971 focused more on the Indo-Pak war and the Indian cricket team’s victories, film music found a space of its own.