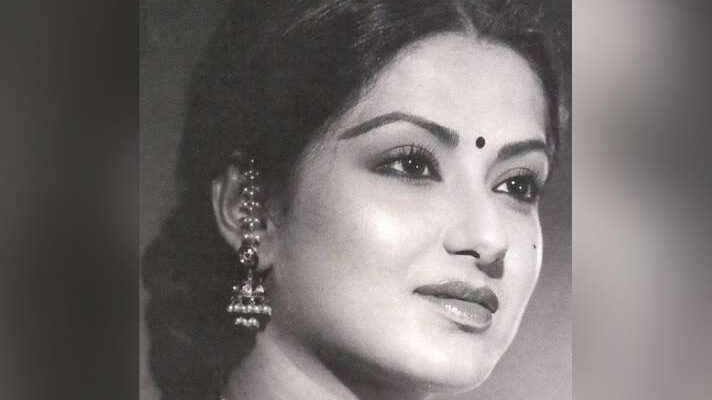 A well-known name in the 1970s, Moushumi Chatterjee was prolific as an actress. Some memorable songs were filmed on her, and on the occasion of her 73rd birthday Narendra Kusnur revisits them.

A well-known name in the 1970s, Moushumi Chatterjee was prolific as an actress. Though mega-hit films eluded her, she acted opposite the major stars Amitabh Bachchan, Rajesh Khanna, Shashi Kapoor, Vinod Mehra and Rishi Kapoor.

Some memorable songs were filmed on her, and to mark her 73rd birthday on April 26, we select 10. Of these, seven were sung by Lata Mangeshkar, whose voice suited her perfectly.

This was one of those trademark R.D. Burman songs, with the chant “Jhumna Jhumna”. The number was picturised on superstar Rajesh Khanna and Moushumi, with Kishore and Asha Bhosle lending their voices. Bakshi’s lines were, “Hum tum gum sum raat milan ki, aaja gori sun le baat sajan ki”.

A huge radio hit during its time, this song was composed by Sonik-Omi in raag Shivranjini. A highlight was the brilliant use of the violin. Filmed on Madan Puri and Moushumi, it was sung by Mukesh and Asha Bhosle. Abhilash wrote the lines, “Sansar hai ek nadiya, dukh sukh do kinare hain, na jaane kahan jaaye, hum behte dhaare hain”.

There were two versions of this song, by Kishore and Lata. The latter was beautifully shot with Amitabh Bachchan and Moushumi walking in Mumbai locales during the rain. R.D. Burman composed the hit song, with Yogesh writing, “Rimjhim gire saawan, sulagh sulagh jaaye man, bheege aaj is mausam mein, lagi kaisi yeh agan”.

The film was a box-office disaster, and the only thing good about it was this ghazal, composed elegantly by Khayyam and sung beautifully by Lata and Mohammed Rafi. Picturised on Raaj Kumar and Moushumi, it was written by Sahir Ludhianvi. The opening lines were, “Simti hui yeh ghadiyan, phir se na bikhar jaayein; is raat mein jee le hum, is raat mein mar jaayein”.

A hit song for Jeetendra and Moushumi, this was composed by Laxmikant-Pyarelal. Lyrics were by Santosh Anand, who began, “Megha re megha re, mat pardes ja re, aaj tu prem ka sandes barsa re”. The song was sung by Lata and rising star Suresh Wadkar, and though it was shot in sunny weather, it has often been passed off as a rain song in competitions.

If one looks at the song clips, one notices that Moushumi was always dressed in Indian attire, most often a saree. That look suited her, and went with the songs too.