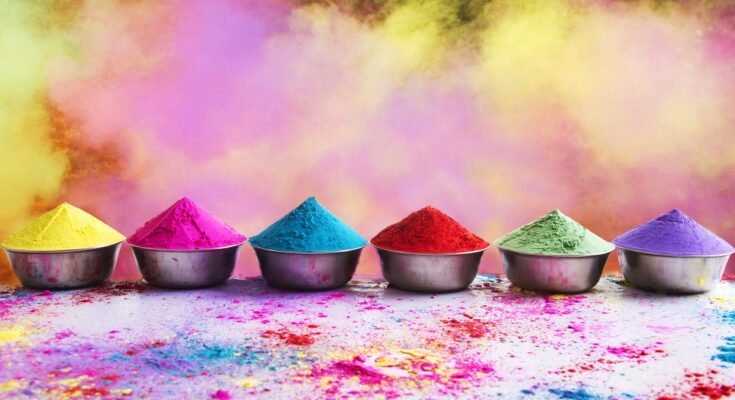 As we gear up for a subdued, indoor Holi this year, Narendra Kusnur picks some songs specially created over the years with the festival of colour in mind.

As we gear up for a subdued, indoor Holi this year, we can always tune in to some songs specially created over the years with the festival of colour in mind. Most of them have featured large groups of dancers and been shot in gardens or open spaces.

Keeping the colourful look and choreography in mind, music directors made strong use of quick tempos and heavy percussion, mostly in the form of dholak, damroo or nagara. Some songs were used as fillers, some (like the ones in Sholay and Silsila) were important to the script and some were included because the films were released around Holi. Whatever the reason, there were some wonderful tunes to include in this chronological list.

Shamshad Begum sang some great songs for music director Naushad, including this one written by Shakeel Badayuni. The group song had a vibrant outdoor dance with a large cast including Nargis, Sunil Dutt, Raj Kumar and Rajendra Kumar. The chorus singing was a highlight.

A hit song for Kalyanji-Anandji in the early 1970s, this one featured Mala Sinha and Premendra. It was a group song sung by Lata Mangeshkar, Mahendra Kapoor and Usha Khanna, with lyrics by Indeevar. The song was brilliantly choreographed.

Rajesh Khanna had become the reigning superstar when this film was released. This song, filmed on him and Asha Parekh, was composed by R.D. Burman and sung by Kishore Kumar and Lata. Anand Bakshi wrote, “Aaj na chhodenge bus humjoli, khelenge hum Holi”.

One of the most popular group songs, it was filmed on Dharmendra, Hema Malini, Amitabh Bachchan and a motley village crowd. Bakshi wrote, “Holi ke din dil khil jaate hain, rangon mein rang mil jaate hain”. Sung by Lata, Kishore and chorus, it was set to tune by R.D. Burman, who made fantastic use of percussion.

Anupam Kher and Tanvi Azmi began the group dance, and were joined by Sunny Deol, with Shah Rukh Khan drumming away. Bakshi wrote the lyrics to Shiv-Hari’s music and the singers consisted of Alka Yagnik, Vinod Rathod, Sudesh Bhosle and Devaki Pandit.

The songs will make ideal listening on the occasion. But given the current situation, one cannot play outdoors. A happy and safe Holi to all.