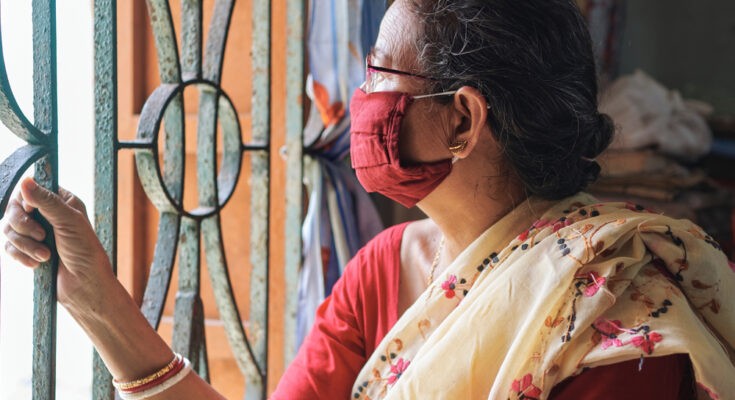 While the weather accounts how far the droplets travel, wearing a mask universally can limit transmission.

By A Staff Writer

Prof Monica Gandhi from the University of California, San Francisco, told The Conversation: “Some people who are infected never develop any symptoms at all. These patients are considered true asymptomatic cases.” Prof Gandhi mentioned there are hints that transmission by asymptomatic or pre-symptomatic carriers are a “major drive” of the pandemic.

The Journal Physics of Fluids published a study on droplet physics.  Scientists from the University of California San Diego created a model to predict the early spread of the respiratory droplets. “How frequently healthy people are coming in contact with an infected droplet cloud can be a measure of how fast the disease can spread,” said Professor Abhishek Saha, one of the paper’s authors.

Prof Saha adds: “Droplet physics are significantly dependent on weather.” The virus thrives in cool climates than in hot, dry ones. The model has helped the scientists understand the role of the carrier droplet, including how it can affect healthy people and how far can it travel.

Varying weather conditions account for the respiratory droplets to travel between 2.4m – 4m away, without accounting for wind, from their source before evaporating. This means that without masks, maintaining social distance of 1.5m may not be enough to limit the infection spread.

The team also found that smaller droplets evaporate in a fraction of a second, while larger droplets quickly settle to the ground due to the weight. However, medium-sized droplets possess higher risk of them all as it takes longer to evaporate and travel greater distance.

A study on Covid-19 incubation states “When people do get sick from the coronavirus, it takes on average five days, and as many as two weeks, to develop symptoms that can range from very mild to extremely dangerous. The time between initial infection and the first symptoms is called the pre-symptomatic phase.”

Prof Gandhi says the virus sheds heavily from the nose and mouth of pre-symptomatic carriers, hence wearing mask universally is the best tool to limit transmission. She adds, social distancing and lockdowns work to limit asymptomatic and pre-symptomatic spread of the infection.

Neuroscience news reported that asymptomatic carriers might be able to transmit the virus for longer than 14 days. “The viral loads are very similar in people with or without symptoms, but it remains unclear whether their infectiousness is of the same magnitude. To resolve that issue, we’ll need large-scale studies that include sufficient numbers of asymptomatic people.”