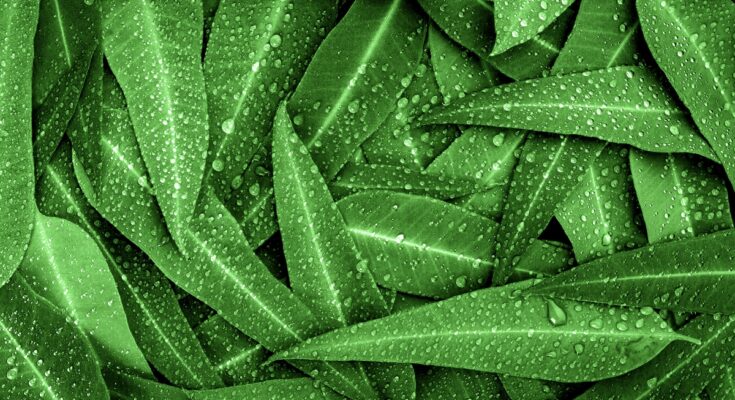 Most people would have suffered from cold, cough or sinusitis at some point in their lives, and most would have applied a few drops of that sweet scented oil on their body or handkerchief to relieve the symptom. It is one of grandma’s time-tested remedies. Did you guess which oil?

Eucalyptus (genus Eucalyptus) is a large genus of more than 660 species of evergreen shrubs and tall trees of the myrtle family (Myrtaceae). It is native to Australia. Many species are cultivated widely throughout the temperate regions of the world as shade trees or in forestry plantations. In Australia, the eucalypti are commonly known as gum trees or stringy bark trees.

They are rapidly growing, tall trees. Most of them attain a height of about 90 mtrs. They have leathery, vertically hanging leaves, and capsule fruit some of the more popular varieties are the black peppermint tree, the Tasmanian bluegum, and mahogany.

History of eucalyptus in India:

Historians say that this tree was first planted in the 1700s by Tipu Sultan in his palace on the Nanda hills, more for decorative beauty than for the medicinal benefits. They were then planted extensively in the nilgiri hills in Tamil Nadu, in 1843. Eventually, about 170 species were introduced in India, of which, the Mysore Gum is the most popular.

The use of the eucalyptus tree- its bark, leaves and the oil extracted from it has been in practice from ancient times. The Australian aborigines used it to treat fevers. It came to be known as the Australian Fever Tree after the crew of an Australian freighter treated a bad outbreak of fever aboard with tea made of eucalyptus leaves. Eventually, physicians started using it to treat other conditions, such as cough and asthma. It was used to sterilize instruments. It was also, at one point, thought to cure diabetes.

From medicines to air buildings, eucalyptus has been put to many uses. Its pleasant scent makes it a good choice for perfumes and air fresheners. 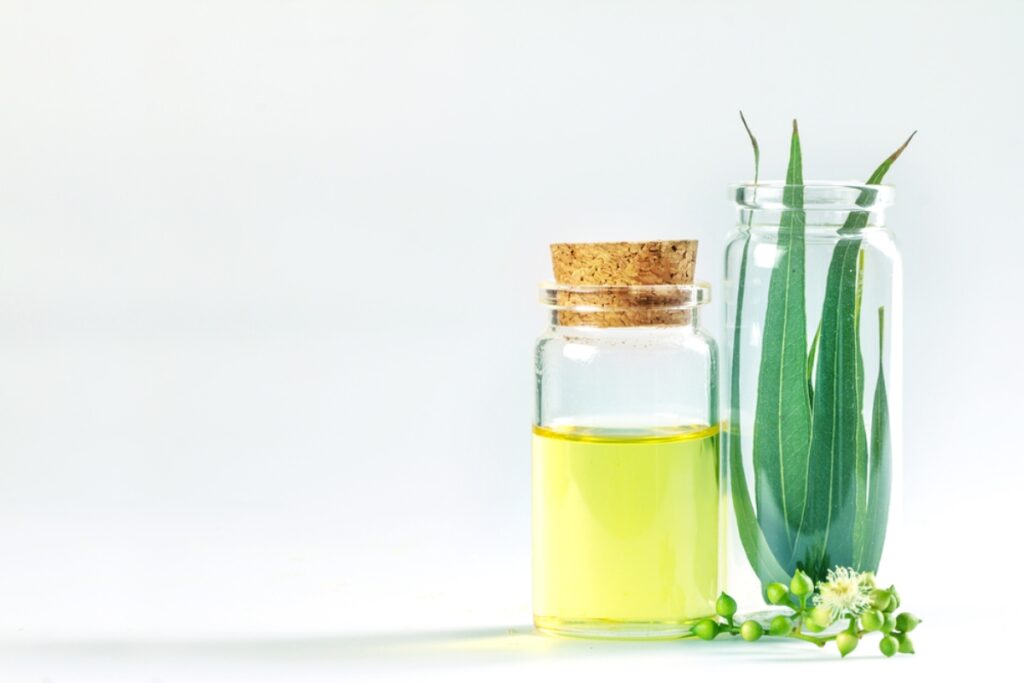 The oil made from leaves of eucalyptus trees has long been used in medical treatments. Indian Ayurveda, Chinese and European forms of medicine have been making use of it for thousands of years.

The oil is steam distilled from the leaves of the blue gum species, over a period of 6 to 8 hours. Some of the medical uses are:

Cineole, the main ingredient in eucalyptus oil, helps in treating sinusitis. It is often taken as steam inhalation or applied on a handkerchief and kept on the chest / under the pillow. It is believed that the oil acts on nasal mucous membrane receptors, reducing the secretions and stuffiness.

The tea made from the eucalyptus leaf has anti-microbial properties, and is often used to treat bronchitis.

Practitioners of herbal medicine have long advised use of the oil as steam inhalation to sooth the throat and get rid of cough. Conditions like asthma and whooping cough were treated with inhalation or balm application of eucalyptus oil.

COPD is the name given to a group of lung diseases that obstruct airflow to the lungs, making it difficult to breathe. Eucalyptus oil helps promote mucous discharge, decongesting the lungs.

Halitosis or bad breath is common in people with bad dental hygiene leading o bacterial growth and plaque formation around the teeth. Eucalyptus oil, having antibacterial as well as freshening properties, is often used in toothpastes and mouth fresheners.

Eucalyptus oils contain tannins, which have anti-inflammatory and analgesic properties. Studies have shown that applying the leaves or oil to the affected joint can reduce the inflammation and pain.

Rubs which contain eucalyptus oil cause warming of muscles in athletes, suggesting that it might help relieving minor aches and pains when applied locally.

Researchers found that the oil could enhance the immune system’s phagocytic response, its ability to fight foreign particles in the body.

These properties allow it to be used in the healing of burns, wounds and ulcers. It has also been known to heal conditions like genital herpes.

The leaves of eucalyptus are very rich in flavonoids with excellent anti-oxidant properties, protecting the body from oxidative stress and free radicles. Also, the flavonoids found in the tree are found to fight diseases like cancer and heart ailments, when ingested, studies have found.

Tea made with the eucalyptus leaves is safe and beneficial, and a good source of these antioxidants. Adults can have it safely, children under medical supervision.

Ceramides are fatty acids that reduce dryness of skin. People with conditions like psoriasis have reduced amounts of this fatty acid in the body. Extracts from leaves of the plant stimulate production of ceramide in the skin, reducing the dryness.

Eucalyptol, an ingredient of eucalyptus, has remarkable anti stress properties. A study showed that pre-operative people showed reduced stress level after inhaling the oil. It is believed that it stimulated the parasympathetic nervous system, which promotes relaxation.

How much can be used?

Oral consumption: 0.05 to 0.2 ml per day is the dosage for adults. Children shouldn’t take any without physician’s advice.

Local Application: about 30 ml oil in mixed in ½ liter of water can be applied on the forehead to relieve tension headaches, or as an insect repellent.

As an inhaler: A few drops of the oil in warm water or vaporizer are sufficient.

Tea preparation: 2 to 3 gms of chopped leaves boiled in 150 ml of water can be consumed 1 to 2 times a day.

Fuel: Eucalyptus is used extensively as fuel in Australia. Studies are on to study its efficacy as a biodiesel.

Buildings and fences: Eucalyptus wood is used extensively in paneling, flooring and fencing. It is also used in ships and railways. These trees grow quickly, do not cause deforestation.

Paper-making and tanning: It is regarded as ideal for manufacturing paper, because of its short fibers.

Bug and insect repellent: It is often found in repellent, and has been known to get rid of parasites. People use it as a natural pesticide, spray it directly on plants. It has also been used against ticks and mites. A study in NEW DELHI, found it effective against houseflies.

Carpet cleaner and stain remover: In small quantities and low concentration, it has been used as a carpet cleaner.

Air freshener and cleansers: Because of its pleasant scent and cleansing properties, it is often used in cleansers and air fresheners. Aroma therapy makes extensive use of the oil.

Animal habitat: Koala bears live off its branches and leaves, the stems are used as bird perch. 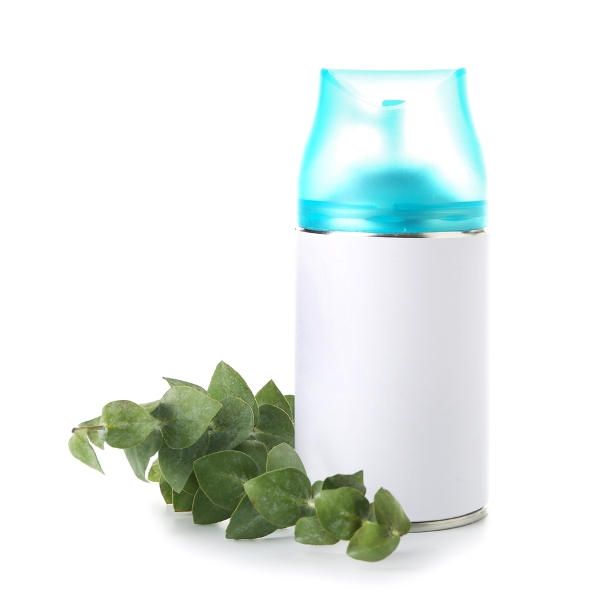 Just because the eucalyptus oil is a naturally occurring substance, it does not automatically become safe for use. Ideally, an allergen test should be performed if prolonged use is required.

It is known to cause nausea and vomiting on ingestion.

It can, at times, aggravate bronchospasm in asthmatics, and reduce BP in one already suffering from hypotension.

Those suffering with chronic liver or kidney failure should avoid it.

It is not advisable to expose a child less than 2 years of age to eucalyptus; it may do more harm than good.

Pregnant women and lactating women should use it with caution.

It has also been known to cause irritation if it enters the eyes.

Consumption in amounts of 3 ml or more can cause complications, as far as possible, avoid oral ingestion.

The oil can be applied directly on skin in a diluted form, ideally with carrier oil such as olive oil. About 4 to 5 drops of eucalyptus oil in an ounce of the carrier oil is sufficient dilution.

Eucalyptus oil is known to interact with medications taken for diabetes, psychiatric disorders and high cholesterol. 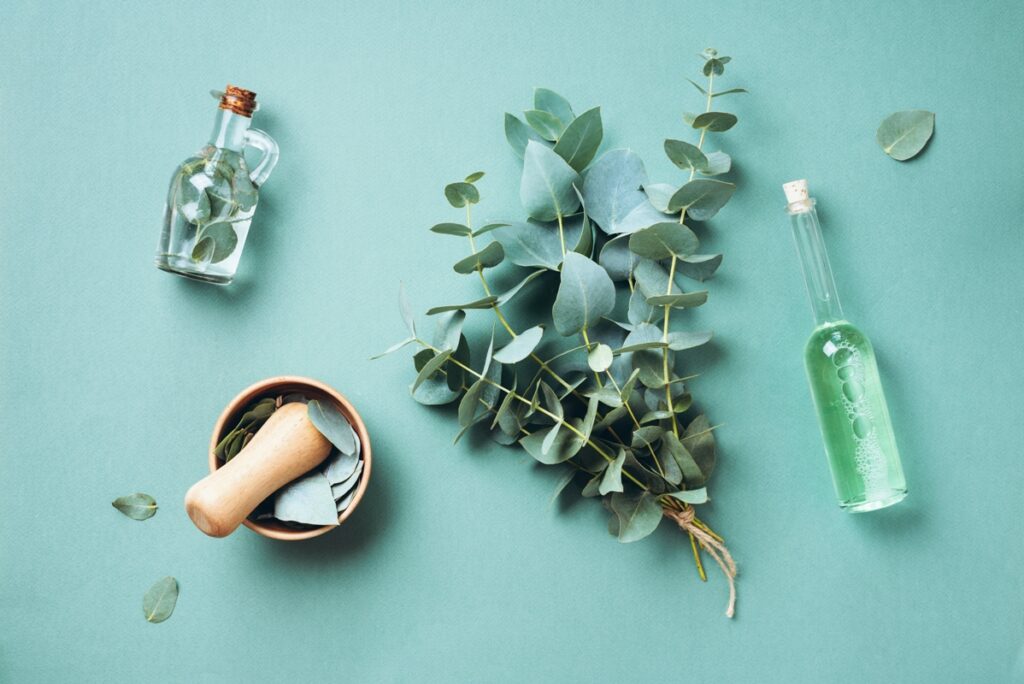 Economically, eucalyptus trees constitute one of the most valuable groups within the order Myrtales. They are grown extensively because of their rapid growth and productivity.

The widespread cultivation of the tree has been questioned by ecologists, who raise concerns of the water table depletion by the plant. Some are concerned that the plant also causes nutritional depletion, as, being nutrition intensive; it deprives neighboring trees of adequate water and nutrition.

The plantations were subsequently studied extensively to study the claims. It has been found that, in fact, the water requirements of the tree were less than that of others like shisham and jamun.

So, is eucalyptus a blessing or a curse?