Before you embark on supplementing your grey cells, consider whether you really need them.

Brain supplements claim to improve focus, sharpen thinking, boost productivity and fight fatigue. But are these miracles of mental clarity just another quick-fix product to buy to improve your health?

After all, one of the primary concerns of our ageing process is to not “lose our minds” and to be able to remain razor sharp till we exit the planet.

As it turns out, there are some scientific findings, that support the brain-boosting power of some (yet not all) of the ingredients in mental clarity supplements. And, of course, there’s also a catch (there’s always a catch).

According to experts here’s what you should know before you purchase them:

The more scientific classification of these supplements and their ingredients is called nootropics. The term, coined by psychologist Corneliu E. Giurgea in 1972, describes natural or man-made substances designed to support cognitive functioning and improve mental performance.

Other terms you may have heard for them could include “smart drugs” or “cognitive enhancers.” They range from familiar substances — such as caffeine or turmeric — to complex blends of many different herbs and other ingredients.

Now, for the million-dollar question: Do they work? Well, yes and no.

Herbal drugs are many times substituted or adulterated with other inferior products with morphological (structural) resemblance of authentic herb.

This type of adulteration is more common for herbs with volatile components.

The adulterants may not have a therapeutic benefit or may even cause adverse effects. Therefore, quality assurance and qualified -body certification of herbal medicines should be mandatory.

Additionally, there are dietary supplements targeting brain health being marketed to consumers that should be considered adulterated and misbranded.

Advertisements and product labels may be deceiving and could put you at risk.

Plus, the industry (supplements, herbal medicines) is largely unregulated – meaning there is no guarantee that the ingredients printed on the label of the bottle are actually in the bottle!

Standardisation of plant extracts is an urgent need in herbal drug research.

Medicinal plants provide a fertile ground for new drug discovery because of the presence of various chemical constituents and their ability to act on different biological targets.

However, much work remains to be done to translate this potential into actual medicine.

A Combination of Nutrients Is The Key

Many brain supplements focus on omega-3 fatty acids (such as those found in fish oil), vitamin E, various B vitamins, or various combinations. Why these?

It’s important to note that simply taking one or two of these nootropic agents often results in no significant net change, explained Dr. Alex Dimitriu, founder of Menlo Park Psychiatry and Sleep Medicine.

Researchers have tried to answer these questions by testing how these individual nutrients affect cognitive health. So far, the limited studies have found no evidence they help, with a few rare exceptions.

Let’s dive into what the research says about a few common ingredients used as supplements to boost brain power:

Caffeine seems to make it on the list of most ingredients to “must have” in recent times.

Another nootropic you’ve likely heard of before is omega-3 fatty acids, namely EPA (eicosapentaenoic acid) and DHA (docosahexaenoic acid)., which are critical for proper brain function and development.

Several studies have shown that taking fish oil supplements (which are high in EPA and DHA) may help improve memory in people with mild cognitive impairment, and they are also recommended to help people with depression.

One caveat: There was no improvement in healthy people’s cognitive function after taking fish oil supplements.

A highly revered herb in Ayurveda, ashwagandha is known as an adaptogen, which means it may help the body protect itself and adapt to stress.

Research has also found ashwagandha may help enhance focus, mental stamina and can even be useful for people with neurodegenerative diseases such as Parkinson’s, Huntington’s and Alzheimer’s diseases.

Rhodiola rosea is an herb that’s popular for its “adaptogenic” properties (reducing fatigue and exhaustion in prolonged stressful situations).

Preliminary evidence has also looked at neuroprotection, among other possible benefits.

People with diagnoses like ADHD and anxiety disorders may also benefit from rhodiola, since it helps the mind adapt to stressors.

Another Ayurvedic herb, Bacopa has traditionally been used to enhance brain function. As a nootropic, it acts as a ‘brain tonic’ to enhance memory, cognitive function and reduction of cortisol levels, which alleviates stress in the body.

Derived from the leaves of a tree called Ginkgo biloba, this supplement is recommended for improving memory and cognitive processes in healthy older adults when taken daily for six weeks.

ALCAR has numerous effects on brain and muscle metabolism, protects against neurotoxic damage and may be an effective treatment for certain forms of depression. However, little is known about the effect of chronic ALCAR supplementation on the brain metabolism.

ALCAR may improve cognitive function in elderly adults with fatigue based on results from a couple of clinical trials, but no studies show that ALCAR can prevent Alzheimer’s disease.

Due to the limited number of trials, short‐term treatment, and inadequate reporting, no conclusive statement can be made about the efficacy or safety of L‐carnitine for cognitive enhancement in healthy adults.

What To Keep In Mind Before You Buy Brain Supplements

A recent survey published in September, 2019, found that about 25% of adults over age 50 take a supplement to improve their brain health with the promise of enhanced memory and sharper attention and focus.

This doesn’t mean that the brain supplements may not work. It’s just that there is not much, if any, evidence from randomized clinical trials — the gold standard for research — on isolated vitamins or minerals and brain health.

More experimental and clinical studies need to be performed to evaluate the herb–drug interaction.

In the elderly population, the absorption, metabolism and elimination of drugs are already impaired. Concomitantly use of herbal medicines may worsen the impairment. Therefore, herbal drugs should be used cautiously in senior patients.

Whereas dietary supplements might provide benefits in certain cases, it is imperative that manufacturers provide sound evidence to support their claims before production.

Manufacturers are required to report the exact ingredients and formulations listed on the Supplement Facts labels of products.

Unfortunately, many reports have indicated such labels are not always truthful and the content of some products is inconsistent with the ingredients listed on the Supplement Facts label.

However, if your mental faculties are ticking well, you may be better off boosting your brain cells with certain foods, games and learning (musical instruments and languages score high).

3 Strategies You could Try Instead

So, the question remains: with no evidence, why do people still buy in to brain health supplements?

Well, we have a notion that its far easier to pop a pill than making lasting lifestyle changes.

But you could choose to focus on basic lifestyle habits that are known for boosting your brain power: 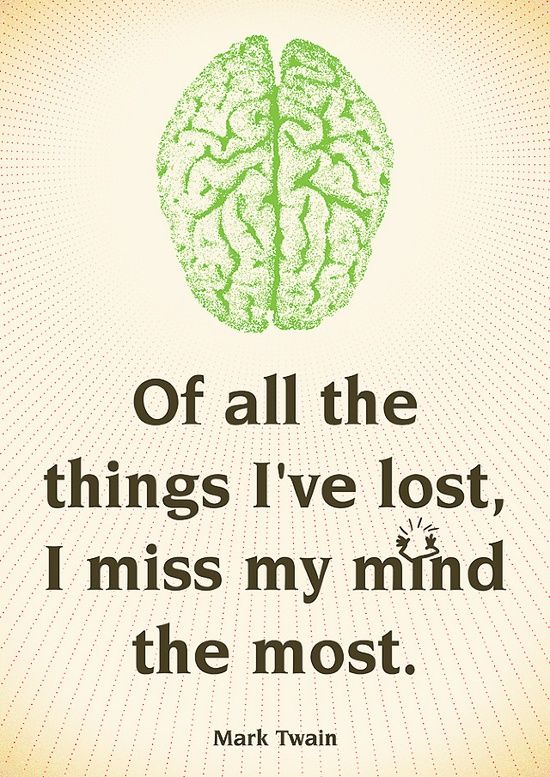