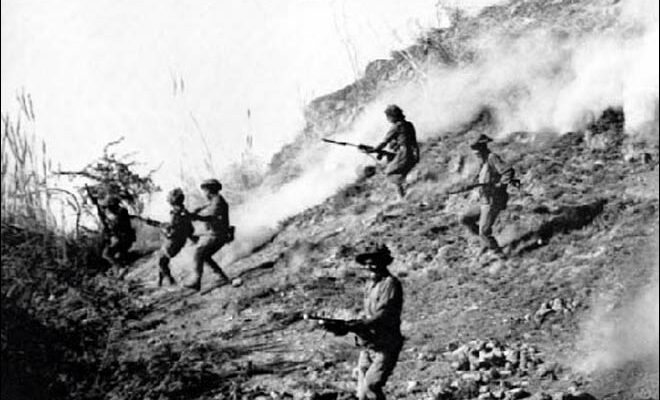 Reunions, Battle Honour and Raising Days are celebrated not only to commemorate the sacrifices of those who laid down their lives in battle but also to interact with veterans of the unit or regiment with the underlying theme of motivating the troops. I remember during my days as CO of a newly raised unit, I used to regularly invite our erstwhile Colonel of Brigade of the Guards, Lt Gen NC Rawlley, to Raising Day functions for the “Buzurg” to share his valuable experiences with us – and the old soldier merrily obliged. However, what happens in an older unit that has a very large number of veterans?

It is well-nigh impossible to invite each and every ex-soldier, especially those below officer or JCO rank, for such functions. Further, in a number of cases, their addresses are not available with the units and they reside in far off rural areas. Additionally, quite a few of them have gone so old and infirm that even if invited, they are not in a fit state to undertake the long and arduous journey by train or by road.

As a Veteran of the famous Battle of Hilli, I have been in touch with some of my old comrades of “the bloodiest battle of the 1971 Bangladesh Liberation War” – in the words of the Army Commander, Lt Gen JS Aurora. There are about six of them from Uttar Pradesh who regularly call me on the Unit Raising, Battle Honour days and during Diwali too. I consider myself very fortunate that they still have faith in and affection for their old colleague. Three of them, in particular, were very keen to meet me and expressed their desire from time to time. Subedar Ranjit Singh was a daredevil RCL Platoon Havildar then, who along with his mates lugged the heavy weapon on his shoulders for miles, assembled and fired on enemy tanks who were counter-attacking and also on pillboxes and bunkers since the paddy field terrain was unsuitable for movement of RCL Jeeps. 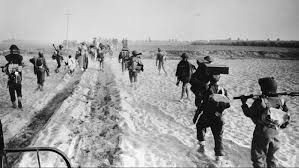 Subedar Major and Honorary Captain Babu Lal Singh, then a platoon Havildar, who also happened to be my weapon Training Instructor was wounded in action while valiantly involved in hand-to-hand fighting in the battle of attrition. Subedar Major and Honorary Captain Ram Pyare Singh, then an MMG Detachment Commander, supported our assault on the objective and later in holdings of defenses with his accurate and sustained Medium Machine Gunfire.

The repeated calls from my comrades beckoned me! So one fine morning in April this year I booked my ticket and flew to Lucknow en route to Kanpur, where two of them, Ranjit and Babu Lal were based. Ram Pyare was a little away. It was indeed a memorable and emotional meeting and mere words cannot convey the sentiments involved. Ranjit was admitted to the hospital and was in tears as he hugged me! His failing memory, however, could not recount much of the battle.

Babu Lal was more in control of himself, but his joy knew no bounds and related stories of other bravehearts of the unit who had laid down their lives in the battle. Regrettably, Ram Pyare could not make it due to unavoidable circumstances. For me, the satisfaction of meeting them after almost 35 years since I left the unit in which I was commissioned was monumental. Not to mention that the spark in their eyes was justification enough for undertaking that eventful journey! Need I say more?

Except that it probably only a soldier or probably a paramilitary policeman who can understand the significance of such bonding of comrades involved in the action. I cherish and hope to so in the future, every moment of it! For the record, in the battle, we suffered 68 killed including 4 officers and 2 JCOS and 130 wounded and were awarded 3 MVCs, 2VRCs,1 Sena Medal and 3 Mention-in-Dispatches. Besides this, 8th Battalion Brigade of the Guards received Theatre Honour Bangaladesh and Battle Honour Hilli and we were one of the only 3 units who were invited to participate in the Republic Day Victory Parade in January 1972.

On Return to Lucknow, I also had the privilege of meeting my old redoubtable CO, Col PPS Kshatriya (Retd), ex-Commandant, Indian Military Academy, Lt Gen Manvendra Singh and a youngster of yesteryears, now Col Neeraj (Retd). Last but not least, my Sahayak Nb Sub Rakesh Singh, from the unit, I was privileged to command, namely 18 Guards. The latter was very happy at meeting his old Buddy. All said and done, it was a memorable visit which I cannot easily forget!

Veteran Brig Prakash T Ghogale, an alumnus of DSSC Wellington and Naval War College, Mumbai, was one of the first officers from Brigade of the Guards to command an Armoured Brigade. Postretirement, he was director of Human Resources in Hyatt International Hotels Corporation in Delhi. He can be reached at prakashg180@gmail.com

View all posts by Prakash Goghale →