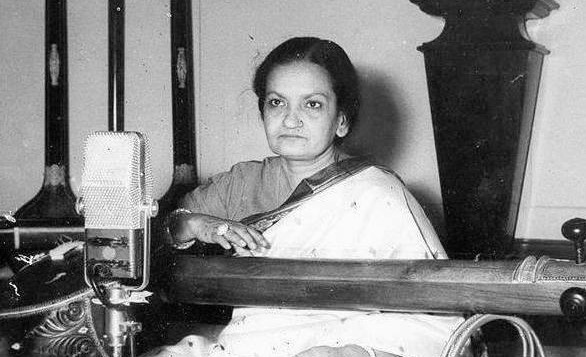 On her 46th death anniversary on October 30, Narendra Kusnur picks 10 Begum Akhtar renditions that have been audience favourites over the years By Narendra Kusnur

When it came to the expression of pain, sorrow and heartbreak, nobody could match Akhtaribai Faizabadi, better known as Begum Akhtar. Her voice had so much depth and emotion one could actually feel whatever she sang.

On her 46th death anniversary on October 30, we choose 10 gems sung by her. A good chunk of them had music by Khayyam, who used just the right arrangements. Besides her popular ghazals, we choose some light classical tunes and two rare compositions.

There are of course many more Begum Akhtar ghazals that have become audience favourites over the years. Shortlisting just 10 wasn’t easy, but these were top of the writer’s mind while compiling the selection.

Behzad Lucknawi wrote the lines “Deewaana banana hai toh deewana bana de, warna kahin taqdeer tamasha na bana de”. Akhtar sang it in a very traditional style, and in his young days, even classical vocalist Pandit Jasraj was so enchanted by it that he regularly stopped by at a restaurant in Hyderabad to hear it.

An immortal semi-classical dadra by Akhtar, this song was back in the news when Rekha Bhardwaj sang it in the 2014 film Dedh Ishqiya, the lines “Prem ki bhiksha maangi bhikaran, laaj hamari rakhiyo saajan” strike a chord.

One of Akhtar’s most popular ghazals, this was written by the legendary Mir Taqi Mir. The opening lines were, “Ulti ho gaye sab tadbeerein, kuchh na dawaa ne kaam kiya; Dekha is beemari yeh dil ne, aakhir kaam tamaam kiya”. The song is a perfect representation of her style of singing.

One of the poets Akhtar often chose was Sudarshan Faakir. Besides the well-known ‘Ishq Mein Gairat-e-Jazbaat’, this ghazal ‘Kuch To Duniya” was also much admired because of lines like “Hum to samjhe the ke barsaat mein barsegi sharaab, Aayi barsaat toh barsaat ne dil tod diya”.

At one point, this song was only heard at Akhtar’s live shows. In the early 2000s, Sony Music put out a version which was obviously recorded at a private mehfil. Written by the great Pakistani poet Faiz Ahmed Faiz, it had the sad lines, “Donon jahan teri mohabbat mein haar ke, woh ja raha hai koi shab-e-gham guzaar ke”.