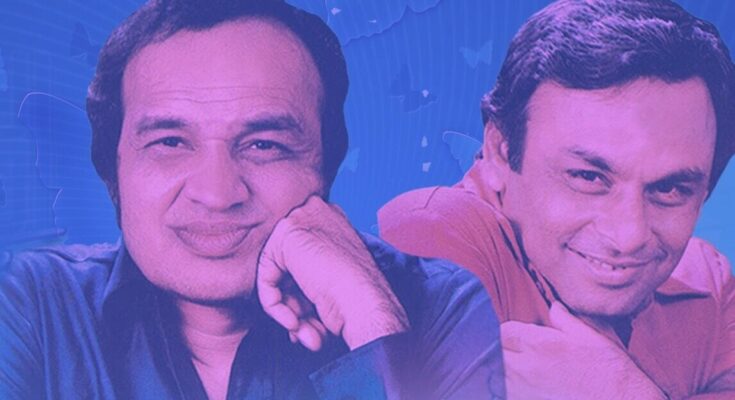 On the 20th death anniversary of Kalyanjibhai, Narendra Kusnur picks songs that display the versatility of the dynamic duo

During the 1970s, Kalyanji-Anandji were among the three most popular music directors, along with R.D. Burman and Laxmikant-Pyarelal. Some of their biggest hits were picturised on the reigning superstar Amitabh Bachchan.

Known for his warmth and sense of humour, the elder brother Kalyanji Virji Shah passed away on August 24, 2000. On his 20th death anniversary, one wasn’t sure which of their 10 songs to choose.

They were very versatile, creating the patriotic ‘Mere Desh Ki Dharti’ in Upkar, the friendship song ‘Yaari Hai Imaan Mera’ in Zanjeer and the love anthem ‘Pal Pal Dil Ke Paas’ in Blackmail. Yet, fans also remember them for some upbeat fun songs. Many of them had easily relatable lyrics, catchy tunes and strong rhythms. Here, we choose 10 fun songs from the dynamic duo.

The song was also called ‘Affoo Khudaya’ because of its opening lines. Sung by Mohammed Rafi and written by Anand Bakshi, it featured Shashi Kapoor dancing vigorously in an outdoor locale. Nanda appeared briefly.

Kishore Kumar and Mahendra Kapoor got together in this fun song picturised on Ashok Kumar and Pran, who played golden-hearted crooks in this crisp entertainer. Varma Malik wrote the lyrics, and the song was a huge hit during its time.

A breezy number with some scintillating guitars, picturised on Dharmendra and Rekha. Sung by Kishore with Rekha uttering some spoken words, it was written by Rajendra Krishan. The Marathi lines ”O Pandoba porgi phasli re phasli” and “Zaval ye laazu nako” lent a twist.

Verma Malik’s words were a riot on this piece picturised on Pran in a comic role, with Amitabh Bachchan and Hema Malini. Sung by Kishore, it had the main lines “Hum bolega to bologe ke bolta hai” and another that went “Joshi padoshi kuchh bhi bole”.

Rishi Kapoor and Paintal dressed up as women in this number also featuring Neetu Singh and Asrani in a train compartment sequence. Sisters Usha Mangeshkar and Asha Bhosle sang the song, penned by Gulshan Bawra.

A mass-friendly song composed by Kalyanji-Anandji, sung by Kishore and written by Anjaan. The song had a rustic Uttar Pradesh melody with some incredible percussion. Bachchan danced energetically with Zeenat Aman watching on.

Some vibrant drumming once again, as the song caught your ear with its catchy melody, inspired by the song ‘Chicano’ by the group Black Blood. Sung by Amit Kumar and Kanchan, it was written by Indeevar. Zeenat Aman crooned and Amjad Khan drummed along, with Feroz Khan also appearing.