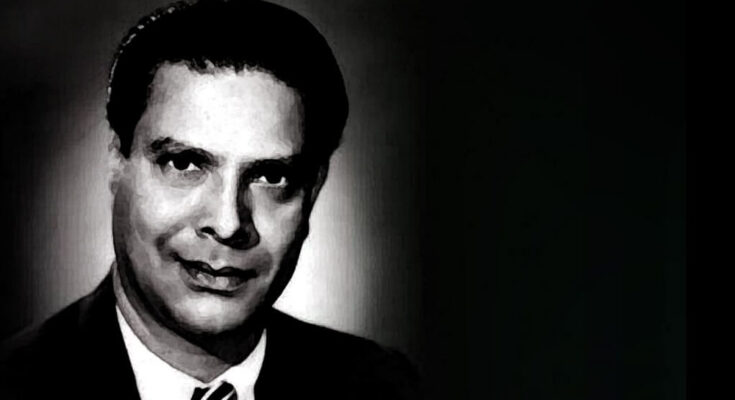 When one talks of lyricist Shakeel Badayuni, one immediately thinks of music director Naushad, writes Narendra Kusnur. To mark his 51st death anniversary on April 20, we choose 10 great songs he wrote for composers other than Naushad.

When one talks of lyricist Shakeel Badayuni, one immediately thinks of music director Naushad. From the late 1940s till the 1960s, the two have combined on numerous gems like ‘Man Tadapat’ (in Baiju Bawra), ‘Pyaar Kiya Toh Darna Kya’ (Mughal-e-Azam) and ‘Madhuban Mein Radhika’ (Kohinoor), among many others.

Though Shakeel worked less with other music directors, he had some great songs with some of them. His partnership with composer Ravi was specially fruitful, mainly in the films Chaudhvin Ka Chand, Gharana and Do Badan. To mark his 51st death anniversary on April 20, we choose 10 songs he wrote for composers other than Naushad.

The first eight songs are from films, and have been listed chronologically. The other two are well-known ghazals.

One of the most romantic songs ever written, this reflected Shakeel at his most expressive. Ravi provided the music, and Mohammed Rafi’s singing was magical. The lines “Chaudhvin ka chand ho ya aftaab ho, jo bhi ho tum khuda ki kasam, lajawab ho” became memorable, with Guru Dutt and Waheeda Rahman on screen.

One of Lata’s ultimate classics, this was composed by Hemant Kumar in the Biswajeet-Waheeda Rahman film. Shakeel wrote the opening lines, “Kahin deep jale kahin dil, zara dekh lo aa kar parwane, teri kaun si hai manzil”. The song had a haunting feel, and the shots in a field at night added to the effect.

A huge chunk of Shakeel’s repertoire was, of course, set to tune by Naushad. They used to sit for hours, most often at the composer’s bungalow in Bandra, Mumbai, and work on the songs together. “We didn’t have a set formula. Sometimes he wrote the words first. Sometimes I created the tune and he wrote accordingly. Sometimes we did both together,” Naushad had told this writer in an interview. Needless to say, they were considered one of the best musical combinations in Hindi films.