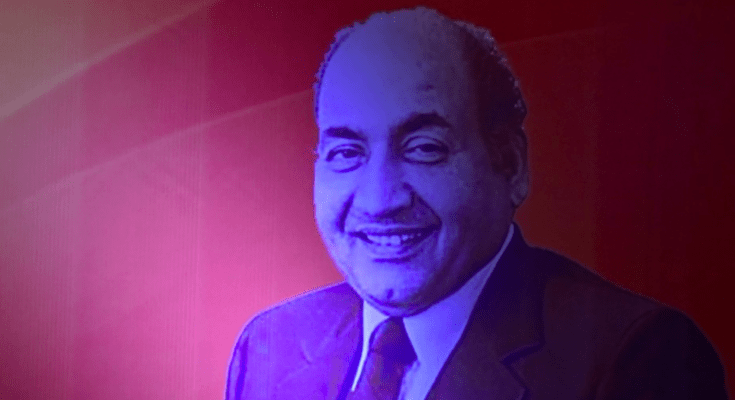 It’s been 40 years since the legendary Mohammed Rafi left us. His songs, of course, remain immortal, and are played in large numbers at tribute concerts, retro radio shows or talent hunt competitions.
Creating a list of only 10 Rafi songs would be impossible. Even if we chose happy songs, romantic songs or sad songs, any number would be inadequate.
To mark his 40th death anniversary on July 31, we decided to pick 10 tunes with a common theme of nostalgia, memory, separation and longing. Some of them would either be classified as sad or romantic, but the emotion of ‘yaad’ is expressed on many of these songs. The order is chronological.

One of the early hits combining the talents of Rafi, music director Naushad and lyricist Shakeel Badayuni, this was picturised on Suresh, with a cameo by Madhubala. The lines “Tadap rahe hain hum yahaan tumhare intezaar mein” explained the song’s mood.

This was Laxmikant-Pyarelal’s first film as a duo, with Asad Bhopali writing the lyrics. The song, sung by Rafi and Mangeshkar began, “Woh jab yaad aaye, bahut yaad aaye”. It was a huge success.

Music directors Sonik-Omi did a wonderful job with G.L. Rawal writing the lyrics. The song featured Rafi singing for Dharmendra, Suman Kalyanpur for Nutan and Mukesh for Rahman. Beautifully shot in a shikara at the Dal Lake, Srinagar, it was a huge hit.

In an inebriated role, Dharmendra appeared in this song where Sharmila Tagore was seen in the opening shots. Music was by Laxmikant-Pyarelal and lyrics were by Majrooh Sultanpuri. The song became a favourite among dejected lovers and tipplers.