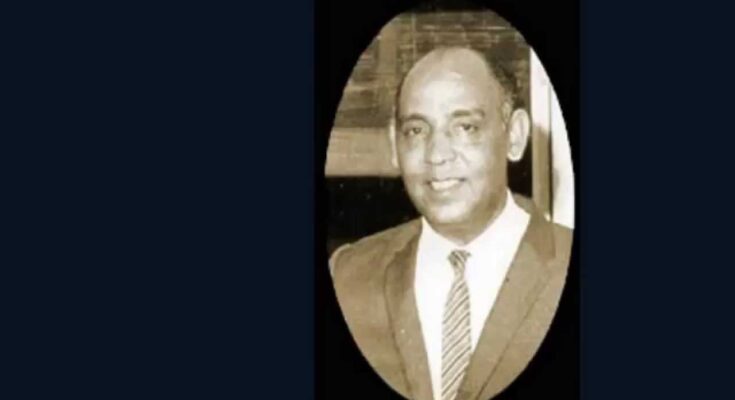 From love songs to sad songs and frothy numbers, he had a certain style and charm in his writing. Narendra Kusnur chooses ten of his most versatile songs.

Among Hindi film lyricists, Rajendra Krishan was one of the most versatile. From love songs to sad songs and frothy numbers, he had a certain style and charm in his writing.

To mark his 102nd birth anniversary on June 6, we choose 10 songs that represent his genius. The fact that he wrote in simple language made his words more accessible to the masses. The list is chronological.

An absolute masterpiece by Lata, it was composed by C Ramchandra, and filmed on Bina Rai and Pradeep Kumar. The opening lines “Yeh zindagi usi ki hai, jo kisika ho gaya, pyaar hi mein kho gaya” and the “Alvida” refrain were the highlights.

A hilarious song sung by Kishore Kumar and Manna Dey, and filmed on Sunil Dutt, Mehmood, Kishore and Saira Banu. Music was by R.D. Burman, and the song had the lines “Ek chatur naar karke singar”. Incidentally, Krishan and Sunil Dutt share birthdays.

A Rajendra Krishan list is incomplete without this evergreen love song where he wrote, “Pal pal dil ke paas tum rehti ho, jeevan meethi pyaas, yeh kehti ho”. It was sung by Kishore, composed by Kalyanji-Anandji and picturised on Dharmendra and Raakhee.

Shortlisting 10 Rajendra Krishan songs was obviously difficult. While songs from Bhai Bhai, Dekh Kabira Roya, Khandaan and Kahani Kismat Ki missed the list, films like Padosan and Jahan Ara had multiple beauties and we could choose only one.

The effort here has been to create a good balance between fun, romantic and sad numbers, with a patriotic song included. As we said, versatility was one of Rajendra Krishan’s strengths.