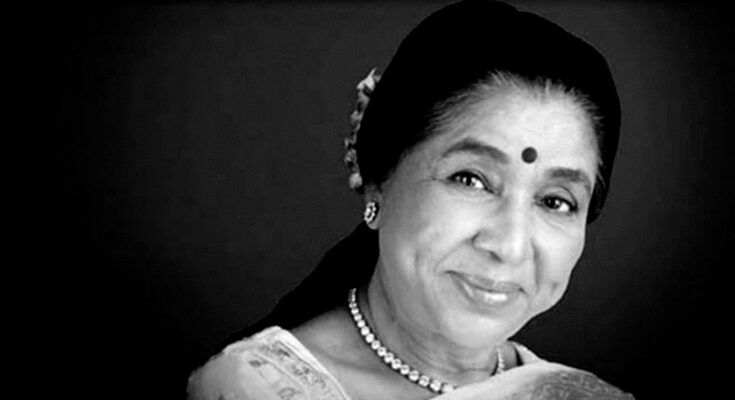 When one mentions Asha Bhosle, one normally talks of her peppier numbers, dance hits, songs she did with music director R.D. Burman and duets with Kishore Kumar and Mohammed Rafi. She also sang some excellent ghazals, mainly when the genre was in vogue in the 1980s.

To mark Bhosle’s 87th birthday on September 8, we choose 10 of her well-known ghazal-based songs, popular mainly among hardcore fans and connoisseurs. Interestingly, with online home concerts being the order of the day in these lockdown times, some of these songs are doing the rounds quite often.

Singers like Gayatri Asokan, Pratibha Singh Baghel and Kalpana Gandharv have been singing these ghazals and geets at digital concerts or creating special videos to keep them in circulation. Since the tunes are known by the target audience, and they only need a harmonium, tabla and electronic tanpura, they are easy to execute from home.

The song is best known for its rendition by Pakistani singer Farida Khanum, and was written by Faiyyaz Hashmi. In 2006, Bhosle recorded some famous ghazals and nazms rearranged by Somesh Mathur. The video of this song was a huge success.

Composed by R.D. Burman and written by Gulzar, the songs of Ijaazat were a highlight of Bhosle’s career. One of the best parts in this number was the flute by Ronu Majumdar, which made way for some scintillating vocals by Bhosle.

Bhosle followed up her collaboration with Ghulam Ali by recording an album with Hariharan. Aabshaar-e-Ghazal had some wonderful songs and this one written by Bashir Badr began “Log kehte hain ajnabee tum ho, ajnabee meri zindagi tum ho”.

The song was released in 1985 when the ghazal wave was in full swing. Music director Bappi Lahiri, known more for this disco numbers, forayed into ghazals with this tune, which became a hit. A duet with the classy Bhupinder, it was written by Hasan Kamaal.