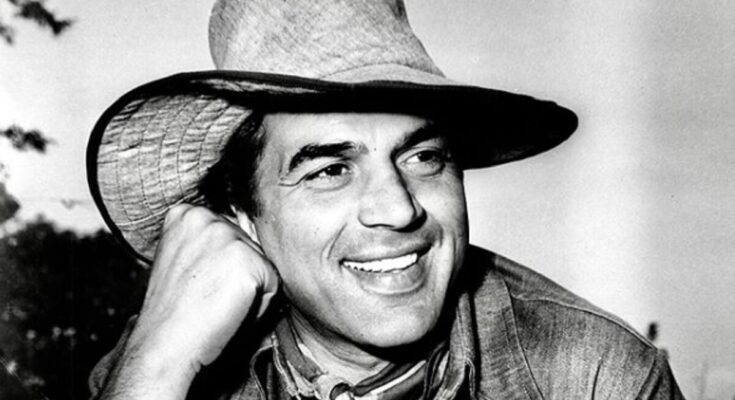 In the good old days, Dharmendra was considered the most handsome actor in Bollywood and a matinée idol. Considered as one of the biggest superstars, in 1997, he received the Filmfare Lifetime Achievement Award for his contribution to Hindi cinema. To celebrate his 85th birthday, Narendra Kusnur picks 10 unforgettable songs to reminisce…

One of the most handsome heroes in Hindi cinema, Dharmendra also had some great songs filmed on him. These included love anthems like ‘Pal Pal Dil Ke Paas’ and ‘Jhilmil Sitaron Ka’, though he was also known for his action roles.

On December 8, ‘Dharam Paaji’ turns 85. To mark the occasion, we choose 10 songs that represent his personality. The list is chronological.

A peppy number about a love-struck guy, it was composed by Kalyanji-Anandji and written by Rajendra Krishan. Kishore Kumar showed brilliant timing and comic sense, specially singing the Marathi lines “Javal ye laaju nako”. Rekha was the co-star, and the song was shot in an outdoor crowd sequence.

One of the most popular love songs ever, this one was also picturised on Dharmendra and Raakhee. Composed by Kalyanji-Anandji, it was a huge hit for Kishore. Rajendra Krishan wrote, “Pal pal dil ke paas tum rehti ho, jeevan meethi pyaas yeh kehti ho”. It’s sung in most live orchestra shows today.

One of music director Laxmikant-Pyarelal’s iconic songs, sung by Kishore. It showed Dharmendra in a train journey. Bakshi’s lyrics were, “Gaadi bula rahi hai, seethi baja rahi hai, chalna hi zindagi hai, chalti hi jaa rahi hai”. Story has it that one person wrote to Bakshi that he was contemplating suicide but this song lifted his spirits and he changed his mind.

Shot in Venice and Geneva, this was a big hit in the Dharam-Hema roster. Interestingly, the opening lines were sung by lyricist Bakshi, before Rafi and Mangeshkar took over. Laxmikant-Pyarelal gave the music. The scene where Dharmendra flung his jacket in delight became memorable.

Unforgettably Dharmendra! Romantic and charming – with some beautiful songs to match his persona.