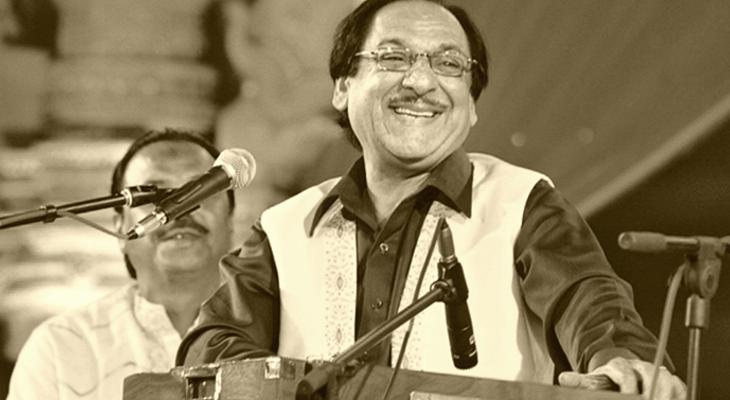 Ahead of his 80th birthday on December 5, Narendra Kusnur picks the ghazal maestro’s most popular songs ever

One of the leading maestros in the ghazal field, Ghulam Ali has been a craze in India ever since his ‘Chupke Chupke Raat Din’ was used in the 1982 film Nikaah. Known for his effortless command over classical nuances, the Pakistani singer rendered songs which have been played again and again by fans.

Ahead of his 80th birthday on December 5, we choose 10 Ghulam Ali favourites. While the first three are arguably his most popular songs, this list is, as they say, in no particular order.

One of Ghulam Ali’s most romantic songs, it was set in raag Kirwani but loosely based on an Afghan folk song. The lines were “Ae husn-e-beparwah tujhe shabnam kahoon, shola kahoon; Phoolon mein bhi shaukhi toh hai, kisko magar tujhsa kahoon”. There is some uncertainty about the poet. While some websites credit the song to Bashir Badr, the old cassettes and CDs say the writer is unknown.

One of the most soulful ghazals sung by Ghulam Ali, it was written by Razi Tirmizi, also known for Mehdi Hassan’s ‘Bhooli Bisri Chand Umeedein’. Based on raag Mishra Kirwani, its lines were “Para para hua pairahan-e-jaan, phir mujhe chhod gaye charaagaran”. Some 16-minute versions are worth checking out on YouTube.

A brilliant duet by Ghulam Ali and Asha Bhosle, it was written by Nasir Kazmi and featured in the 1984 album Meraj-e-Ghazal. The lines “Judaiyon ke zakhm dard-e-zindagi ne bhar diye; Tujhe bhi neend aa gayee, mujhe bhi sabr aa gaya” were intense. Many singers have been covering the song online after the lockdown.