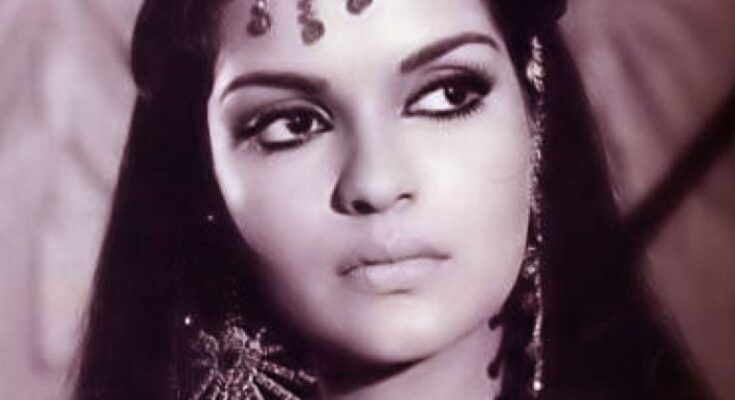 She lit up cinema screens through the 1970s with her pulsating performances and some amazing songs. Narendra Kusnur picks his best ten in our Flashback Friday series

Throughout the 1970s, Zeenat Aman regularly lit up cinema screens with her gorgeous looks. She had interesting roles, and some wonderful songs were picturised on her.

Ahead of her birthday on November 19, we choose 10 Zeenat songs, ranging from love tunes to dance numbers. Both Lata Mangeshkar and Asha Bhosle sang regularly for her, but there was also the newcomer Nazia Hassan who did playback for her in Qurbani. The list is chronological.

Playing a hippie, Zeenat Aman took her first step to stardom in this film, where Dev Anand played her brother. This Asha Bhosle song, shot in Kathmandu, showed a group of drug addicts. R.D. Burman gave the music and Anand Bakshi wrote the words. The song segued into the Kishore Kumar number ‘Dekho O Deewano’.

One of the most popular love songs of the 1970s, it was composed by Burman, who was inspired by the theme from Hollywood’s ‘If It’s Tuesday, This Must Be Belgium’. Sung by Bhosle and Mohammed Rafi, it was written by Majrooh Sultanpuri and filmed on Zeenat and Vijay Arora. The song began with the sound of clinking glasses, and Bhupinder played the famous guitar intro.

This film was made towards the end of Rajesh Khanna’s superstardom phase. It showed him and Zeenat eloping on a goods train, singing, “Hum dono do premi duniya chhod chale, jeevan ki hum saari rasme tod chale”. The Burman-Bakshi team again did wonders, as Mangeshkar and Kishore did a duet. The train whistle and the chorus added to the song’s charm.

Shot on a gondola in Venice, the song was composed wonderfully by Burman. Bakshi’s main lines were “Do lafzon ki hai, dil ki kahani, ya hai mohabbat, ya hai jawani”. Filmed on Zeenat and Amitabh Bachchan, it was sung by Bachchan, Bhosle and Sharad Kumar.

An Indo-Russian production based on a folk tale set in Central Asia, this film was known for its lavish sets and snazzy production. Zeenat appeared in a dance number with a group of hoodlums, and Bhosle’s singing captured the mood. The music style was typical Burman and Bakshi penned the words.

The disco sound was big in the West in the late 1970s, and director Feroz Khan got in music director Biddu to compose this. Pakistani singer Nazia Hassan sang, ‘Aap jaisa koi meri zindagi mein aaye toh baat ban jaaye”. Zeenat did a club dance to this song, penned by Indeevar.

A lovely duet by Kishore and Bhosle, this was composed by Laxmikant-Pyarelal. Bakshi’s lines were “Teri meri dosti pyaar mein badal gayee”. The song was picturised on Bachchan and a saree-clad Zeenat in an outdoor location. Its strong melody made it a hit.