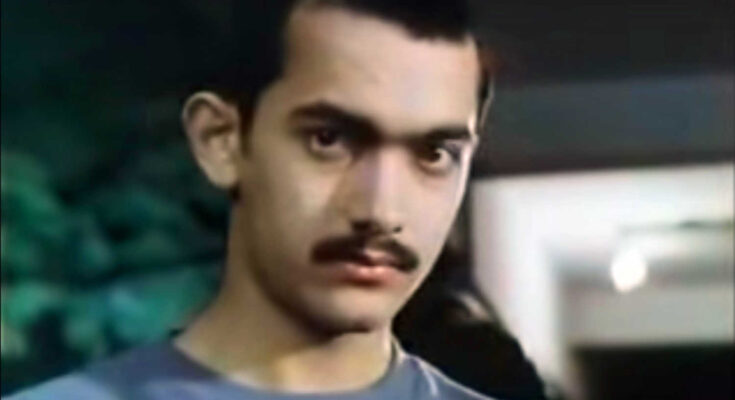 The festival of Holi inevitably brings forth raucous Bollywood numbers, but it was also the setting for a slightly more sombre film in the 1980s. Deepa Gahlot looks back

The month of March marks the advent of spring in India, and the festival of Holi. In Ketan Mehta’s 1984 film, the festival of colours is a focal plot point, as it captures rage and revolt on a college campus.

How old must a film be to qualify for nostalgia? Some films get dated earlier than most, some stand the test of time, and some suddenly acquire added relevance. Holi, about the power of youthful dissent and the establishment’s insensitivity to their legitimate demands, could be playing out now on any campus. But what really evokes nostalgia is when you see the young, almost unformed faces of Aamir Khan (credited as Aamir Hussain), Ashutosh Gowarikar, Kitu Gidwani, Amole Gupte, Raj Zutshi and are reminded of the speed of passing years; then note with a jolt that Om Puri, Mohan Gokhale, Shreeram Lagoo, Dina Pathak, Dilip Dhawan, Neeraj Vora are no more, and you become aware of your own mortality. It is also reassuring to see that Naseeruddin Shah, Paresh Rawal and Deepti Naval have lost none of their power as actors, even though time has left its mark on them.

The film was shot on the FTII campus in Pune, using long takes with a hand-held camera (DOP Jehangir Chaudhary won awards for his work), which requires the cast (with many new or non-professional actors) to do extensive rehearsals before the actual shoot. Many of the sequences were one-shot takes, that are tougher to accomplish than they look on screen, and mostly only film buffs notice.

Based on a play by Mahesh Elkunchwar, the film is set over a day in a typically rowdy college hostel, where students (Madan played by Aamir and Ranjit by Ashutosh lead the pack) are still hung over after an all-night booze binge. In the morning they discover that the taps are running dry — which is normal; worse, they do not have a day off on Holi, instead, they are supposed to attend classes and then a function to honour the founder of the college, to listen to a speech by the pompous chairman of the board (Shreeram Lagoo).

The students, already fed up of the uninspiring “slave factory” education system, indifferent and frequently striking staff, plan to protest against this arbitrary order and go on a rampage. How do boys fuelled by angst, frustration and raging hormones expend energy — canteen scuffles, ragging weaker boys, destroying college property and looking for romance (that might, if they are lucky, lead to something more than fumbled kissing.) But their misdirected, uncontrolled actions lead to violence and tragedy.

The college principal (Om Puri) clashes with an idealistic professor (Naseeruddin Shah), sympathetic to the students, on how to deal with the situation and nab the troublemakers, and obviously force is not the answer. The students are aware, from their own experiences, how corrupt and apathetic their system is, in which bribes are uses to gain contracts, bridges are built to collapse and doctors make money by conning the sick.

To add more kindling to the fire, exams are further postponed, and the principal rusticates a student when his nephew is injured in a fight. The chairman is greeted by raucous bunch with mockery and eggs. The principal wrings the names of the agitators from a timid boy, whose father he knows, then suspends them all and orders them to vacate the hostel rooms. The boys make a bonfire (symbolic of the Holi fire) of their classroom furniture and textbooks.

When they find out who the mole was, he is mercilessly beaten, bullied and humiliated — his pants are pulled off, he is draped in a sari and made to do a grotesque dance. By the time tempers have cooled, and the boys are sitting slumped with despair, the informer is found hanging from the fan in his room.

A police van takes the stunned boys away, while around them Holi is celebrated with customary gusto.

The film starts being funny and exuberant, the mood changes to restlessness and anger. At a time when dissent is ruthlessly crushed, the film, with all its rough edges, remains topical. In India, even today, college education is job-oriented, encouraging learning by rote rather than understanding the requirement and aptitude of the student. This results in stress, depression, frustration and suicides after exam time. Elkunchwar, who, as a college professor in real life, must have observed students closely, was able to write a play that captured youthful anxiety with empathy and authenticity.