An Ode to the Perennially Irreverent Spirit 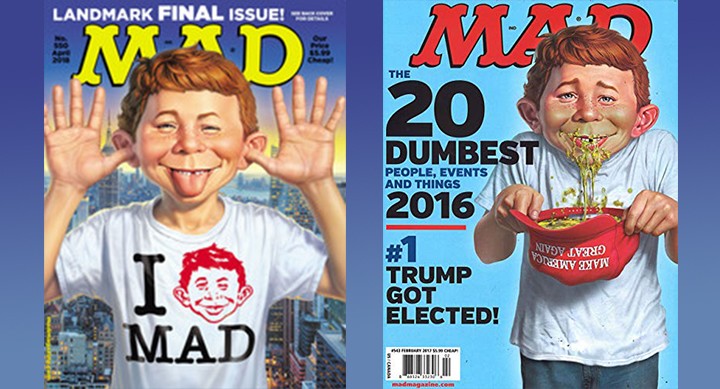 For our generation – baby boomers, flower children and now senior citizens – Mad was a totem… a guiding light to make sense of a topsy-turvy world

The recent news that Mad magazine was closing down hit me like a bolt from the blue. I have for many years not read the magazine but it still feels like the sudden loss of an old friend.

As I sit in my recliner (no…no, it is not about getting old….it is about ergonomics!) and watch the rain come down, I decide to write an ode. 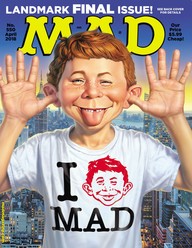 My generation had a childhood where things were difficult but life was simple. An era of physical games, reading endless comics, simple pakoras and bun maska, chatting with friends… all gave us immense pleasure. And then we grew up into a rebellious world of the 60s and 70s… we gasped at the flower people. Lit up an unfiltered cigarette imagining it was a joint. Marvelled at the sheer in-your-face (or was it up-yours?) attitude at Woodstock. And desperately wanted to break our conservative shackles and embrace this new rebellious irreverence.

Mad was our window to be part of the irreverent rebel cause. Its defining face of Alfred E Newman with his gap-toothed grin, somewhat goofy but with eyes that gleamed with quiet intelligence, epitomised the magazine’s character. It was not trash – it was rebellion, irreverence and biting satire intelligently put together with an overlay of snarky humour. Month after month, it turned out a compilation of insanity, cheekiness and satire. No ego was too big to puncture, no pretensions too small to prick.

Who doesn’t remember President Nixon on the cover in a spoof on the movie The Sting, with Mad calling it ‘the big con’ or the depiction of a raised middle finger for one issue in the mid-70s? ‘Spy vs. Spy’, the biting take on the Cold War is another treasured memory.

Mad spoke to the young about universal values of liberalism and exposed phoniness of all kind. Mad was often rude, tasteless, and childish but as Gloria Steinem said: “There was a spirit of satire and irreverence in Mad that was very important.”

For our generation – baby boomers, flower children and now senior citizens – Mad was a totem……a guiding light to make sense of a topsy-turvy world as we learned from it to distrust authority, whether in the form of politicians, advertisers or media figures.

Alas, the institution is finally closing down as are a lot of its original core readers. The truth is that at some point, everything ends. Our most useful shield is to just laugh along the way. And it doesn’t really matter where the laughter is coming from or what you are laughing at. So to all my Mad brothers, all I want to say is: Don’t forget we are the ‘The Oddfather’, of  ‘Somedunce Kid’ and, for God’s sake, do not ‘Botch Casually’ as you fix the ‘Antenna on the Roof’!

Mad is dead… long may you be Mad.

Manoj Maheshwari
Manoj Maheshwari is Chairman of a financial services company and is a lover of art, theatre and music. He is also an avid reader of history, politics and literature