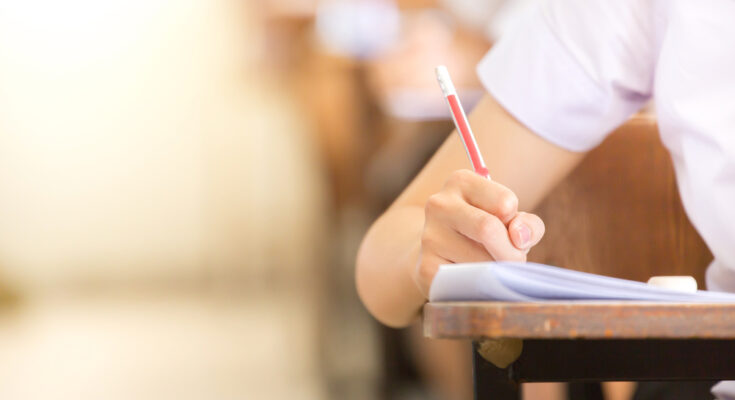 I propose that formal education does not begin till age 12 (believe it or not, this was the norm in Southern India), let the kids be kids, writes Minoo Shah

How many of you remember those sleepless nights weeks before your Final exams? Cramming those history dates, the algebra formulas and oh yes, the dead people who had left legacies to the worlds of science and politics! Even back then I remember looking up at the sky and thinking – why? I mentally told them thank you for all that you have bequeathed to us (except Albert Einstein – who gave us the art of creating mushroom clouds at the flick of a button) but am not a fan of those unpronounceable names that often I prolifically describe with choice adjectives.

The point is, you and I went to school some four decades ago. In my opinion, the system was antiquated then, two decades ago when our kids went to school, I was ready to throw the heavy backpack threw the classroom window. It weighed a ton and to this day those 90’s kids walk lopsided. But what gets my goat is my grandkids having to go through the same torture. Ok, granted our grandkids are the return on an investment we may or may not have made inadvertently. But still ….!

I do not want a knee-jerk reaction to my following statements on how the entire education system needs to be revamped starting with ‘NO EXAMS.’ I am firmly of the opinion that exams are not a true test of one’s intelligence quotient. Case in point, I was an A+ student throughout my school life and yet completely unprepared for the world or the most menial of jobs. Part of it was my attitude, because my report cards state that I was smarter than any living creature who shared space with me in a classroom. My crammed knowledge of history, mental math (guys – calculators had been invented by the time I hit my mid 20’s) took up a serious part of the cerebrum, and let’s face it I knew formulas but I was no scientist, was not worth a farthing in the job market. Compare me to this classmate whose red marked worksheets with a big D best utilised as colourful wallpaper went on to become a sought-after lobbyist and an advisor to a top political firm. What did she bring to the table? Street smarts! While the rest of us front benchers were competing to be teacher’s pets, she was observing and thinking of alternate lifestyles that best suited her psyche. In case this example has not got your nay saying noggins maybe it is time to draw your attention to seasoned dropouts like Steve Jobs and Mikey Zuckey.

Having posed this global crisis whether you agree with me or not, I mean to proceed with solutions. Wazzat??? Stop! For every Mr. A Kalam or Mr Homi Bhabha that you throw at me – I will fling back names like Dhirubhai, et al at you!

I propose that formal education does not begin till age 12 (believe it or not, this was the norm in Southern India), let the kids be kids. Yes, they will get up to mischief and their boisterousness will cause you migraines but stop living in a world of make believe that the status quo must not be stirred. When education does begin – teach them how to surf Wikipedia Files and the Panama Papers. All the knowledge they need about history and geography or at least that which is worthwhile can be found there. Instead of paying tuition and relegating your kids to 16 years of boredom, change the idea of schooling. Make travel and sports a top priority, be it locally or internationally. Use governmental subsidies to even out the playing field creating opportunities for all income levels. (Perfect solution for the quota system to take a hike). I leave the floor open for more ideas especially if they involve the chucking of a backpack full of textbooks that are for naught – a tablet with a super speed processor is sufficient.

All you school and college kids out there – stand in line to hug me, I will collect when the time is right.