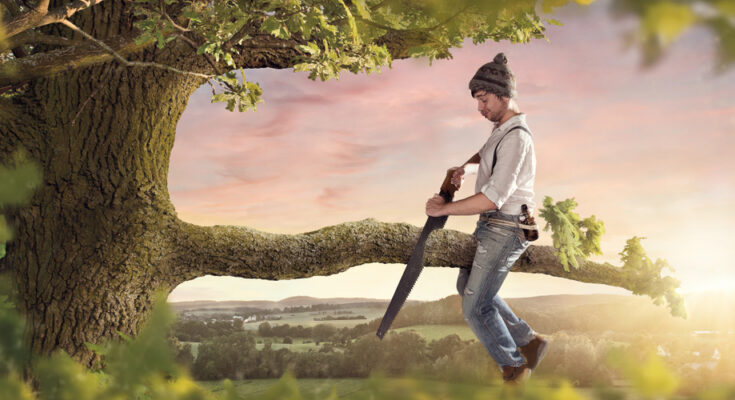 I want to take this moment to reach out to Rihanna, MEA, Greta Thumbelina and Lily Singh, writes Minoo Shah, “Please don’t overcompensate for that which the good Lord never bestowed upon you.  Leave the thinking to your peers and continue in the revelry of your hallucinogenic existence.”

Just like you, I woke up to the alert notification of Google news at the crack of dawn. The chime set to the mating call of a banshee was relentless leaving me with two choices.  Fling the darn device against the pedestal fan (a sorry excuse for what was to be an oscillating invention) or grope in the dark to find the off slider. Rationale knocked from within a weary brain and a prompt decision was taken to read what in fact was causing the Googlocrats such trepidation. Lo and behold, none other than the feisty Kangana appeared on the page very Manikarnikaish and I immediately knew that something serious was afoot having seen Karan Johar’s airport ensemble very much worthy of justifiable wrath.  However, KJ was not on KR’s mind, neither was Hritik or Swara.  It was a few of the (lesser known to Indians) celebs from halfway across the world that had decided over a morning cup of coffee to dabble in some intellectual sparring.  I want to take this moment to reach out to Rihanna, MEA, Greta Thumbelina and Lily Singh and say, “Please don’t overcompensate for that which the good Lord never bestowed upon you.  Leave the thinking to your peers and continue in the revelry of your hallucinogenic existence.” Reverse time travel not permitting, I must sigh and let them face the guillotine without my erstwhile guidance.

Let us now briefly look at the facts.  There were some farmers who did not like the rules the Indian Government was making.  They decided to protest in lungis to the beat of many a folkore brandishing sticks and such.  At some point they got tired of singing, shouting, and dancing and decided to storm a parade that included a tractor rally.  The tractor did not care but this incensed the spectators and the tricolor that was bearing the brunt of stomping by some rather hairy legs. Such was the pandemonium that a free for all began and CNN and various news media outlets hungry for some action closed in like vultures. News items as interpreted by the jaded paparazzi started flying across borders landing on a Swedish lap here, a New York and Los Angeles lap there.  The aforementioned world celebs suddenly felt that they had to jump in the fray because obviously the Indian government was helpless without their input.  This in turn got Sunil Shetty, Akshay Kumar and cricketers like Gavaskar into a nationalistic frenzy.  They said “How dare you? You foreigners!”  Having mastered the art of twittering, their verbiage was fully functional with abbreviations like “MYOB” (mind your own business), TMKC (teri ma ki chamchi), AC (Amrikan Chudel), CWB(Climate waali bachhi) adorning the morning headlines.  Twitter somehow managed to zero in on Kangana’s comments and deleted them with a curt warning that next it would be her account!  Kangana not to be outdone immediately started her own platform with the help of underground hackers whose sole nutrition came from fizzy drinks and candy.  Her first tweet was an admonishment in hindi to Jack Dorsey (CEO of Twitter), “yeh cloud terey baap ki jaagir nahin.”  Yogijee promptly replied, “Tathastu, Uttar Pradesh banayega duniya ka sabse bada platform!”

In short, Indians are up in arms, the farmers are up in arms, for some reason singers, activists and filmpornstars with no idea of where India is geographically located have found a common ground to spew their pandemic related anxieties. Meanwhile the rest of us have moved on to watch more exciting things like the beating of the hedge fund megalomaniacs by the not yet reached puberty Robinhood traders.