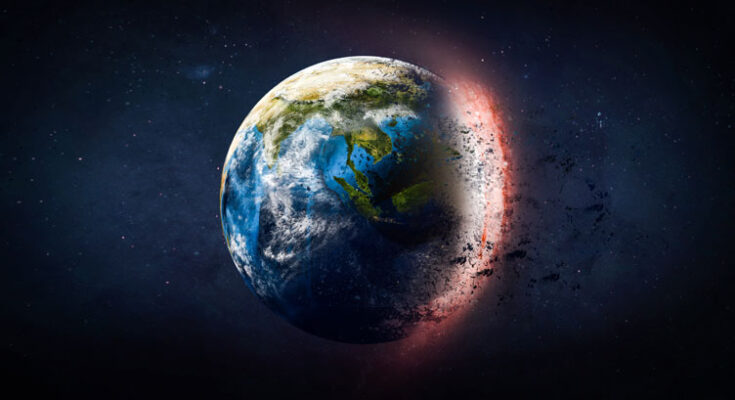 Earth has suddenly come to a grinding halt, mid-spin. Thrown off its revolving axis by something so infinitesimal, it cannot be seen. But it can be felt. And how!!! This, our gigantic planet, brought to its knees by something more than a trillion times smaller, and invisible.

Let me correct myself. It is not Planet Earth that has been brought to its knees. It is
mankind. And rightly so. Our two-legged race, in its self-destructive hurtle to outdo itself, has lost all rationale and perspective. Our unquenchable greed for bigger, better, more and yet more has blinded us completely to what we already possess – the abundant wealth that Nature has bestowed on us. We have ravaged and raped our forests, our oceans. We joyously kill other living beings – small, humble, huge or magnificent, either directly or by destroying their natural habitat.

For the last two decades, slowly but surely, Mother Nature has been trying to warn mankind. She has turned up her thermostat to sizzling, unbearable heat – turned it down to numbing freeze. Caused hailstorms in the deserts, to unprecedented floods and earthquakes, to flattening hurricanes to obliterating tsunamis that annihilate everything in their paths as the oceans rush in to reclaim what was once theirs. She has thundered her anger at mankind through massive glacial meltdowns, demonstrated her fury thru lava spewing volcanoes.

And what has been the impact of all above on man?

None whatsoever. We continue our unstoppable frenzy, our mindless destruction of all the bounty this gracious planet has blessed us with.

So now, here we are, teetering on the edge of nowhere –

Nowhere to run.
Nowhere to hide.
Imprisoned in our own homes.
Enslaved by our overpowering greed.
Brought to our knees by our desire to reach the stars.

As Ordained by Mother Earth.

Archana Mariwala is a consummate traveller, and has issues concerning the environment very close to her heart

View all posts by Archana Mariwala →