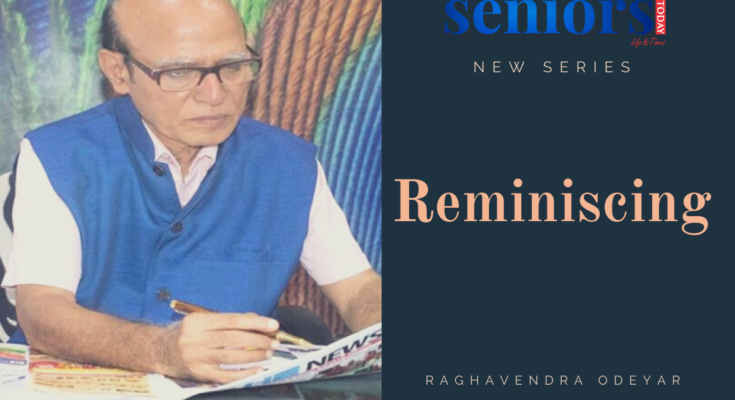 When The Second Inning Becomes More Rewarding – Isn’t it true it’s never too late to chase your dreams in life and make your mark? Many of us bloom late in life and count me as one of them.

For me, the second inning of my life has been more rewarding than the first one. Count me among the late bloomers.

I worked in a multinational Swiss company Sandoz for 25 years and opted for a golden handshake consequent to its merger with Hindustan Ciba Geigy in 1998. I was fifty then, and that was not an age for calling it a day. I was out of the job for over one and half years from 1998, and that was the most tiring phase of my life, thanks to my workaholic nature. After 18 months of hibernation, I succeeded in tracing an employer to hire my services and was in service for 13 years.

As I turned 65, travelling by public transport to a distant workplace in Mumbai challenged my health. I decided, at last, to hang up my boots.

Then one fine day, I got into a 3-day workshop on journalism. What made me choose this? My inherent passion for writing had bloomed quite early in life, and I always used to bag prizes in essay competitions during school and college days. During my corporate life, in addition to my job, I was chosen to be a correspondent for the company’s quarterly newsletter, ‘Sandoz Scene,’ and was covering news from their Factory at Kolshet, Thane.

The three days’ journalism workshop I had attended had opened a new door of opportunity for me at 65.

For sure, I was not born to eat the bread of idleness any time in my life. Soon I became a correspondent for a weekly tabloid called ‘Planet Thane’ and used to cover Thane city’s tidings. Unfortunately, the paper had to pull down its shutters after three years.

How true was Alexander Graham Bell, who had said, when one door closes, another opens?

The publisher of Planet Thane,  Prasoon Kumar, offered me a place on the copy desk of another monthly publication named Fauji India – India’s first popular format magazine for the Indian Armed Forces in independent media-space. My job centred on proofreading articles. Additionally, I had the opportunity of interviewing ex-army-men and writing stories on them. My most memorable moment was when I interviewed the corruption crusader Anna Hazare somewhere in 2015.

In 2016 I found a new companion – Hiranandani Estate News – a monthly tabloid distributed to over 7000 affluent families in the upmarket township of Hiranandani Estate, Thane, with an estimated readership of 30k. For the last three years, I am the Managing Editor of this paper. Additionally, I generate revenue for this paper by selling space.

While writing is my cup of tea, I discovered quite late in life that I can enthrall people through my voice. I started singing on karaoke tracks, got public platforms to showcase my singing strengths. ‘Seniors Today’ is one of them. I participated in several singing competitions, won a couple of prizes. The startling fact is that I had never sung in school or college days; I don’t recall having sung in any picnics or get-togethers.

Today, I have a YouTube channel with over 800 subscribers to date. Isn’t it true it’s never too late to chase your dreams in life and make your mark? Many of us bloom late in life and count me as one of them.

Life goes on. Writing and singing keep me engaged, and I am thankful to God for enriching the golden years of my life.