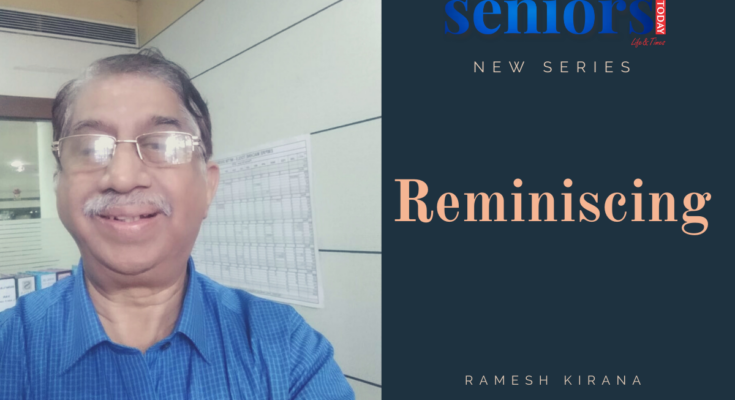 A true story of grit and determination during challenging times

Jan 2020: Ramesh kirana (grocery) store was going great guns. Stocks were moving fast.  Business climate was good. His assistant of last 5 years whom Ramesh thought was a little dumb felt confident enough to leave Ramesh and start his own store in a distant location. Ramesh had to depend on his son Dhaval who could man the store for a few hours as he was busy trying to finish his final semester in an IT related course in the neighboring college.

Dhaval was learning the ropes. His body was in the store but mind was grappling with the college problems. As he looked studious, typically curious customers asked him what he was doing and Dhaval would respond that he is pursuing his IT course and all of them wished him well. Did Ramesh imagine a superior air in Dhaval? Maybe, but he needed him.

There wasn’t much communication otherwise between the two, a hardened father and the IT savvy son who was immersed in his mobile when not answering to customers. Ramesh wished Dhaval would take more interest in the family business but even his wife who should have known better was egging Dhaval to grow wings and pursue other opportunities. She wanted him to pursue Masters in the US, get a job there and marry a US settled Kutchi girl (1st preference !) or as a 2nd preference a well-educated ( IT preferred ) local kutchi girl

March- May 2020: The Government had imposed a total lockdown and shops could be kept open only for critical supplies and only for 2 hours morning and evening respectively. Even the wholesale market operations were adversely affected. Dhaval’s college was closed, exams were postponed and overnight the job market crashed. He was now more in the store but their stocks were dwindling and their business was facing a severe cash crunch. Against all odds, Ramesh was somehow trying to keep the store running as they had no other means of livelihood.

Dhaval could see firsthand the complexities of running what appeared to be just a simple grocery store.  Stocks, credit, cash flow, dwindling customers and their expectations- no mean challenge and his papa was suddenly completely out of his depth. Added to all this the daily threat of anyone in his family testing Covid positive!

June- Nov 2020: progressively the shopping hours were permitted to be extended. Dhaval’s classes were conducted on- line and he had to manage both classes and the shop. Somewhere in this period he started getting more involved in the business and had started to understand how it all operated. Tentatively he started offering some suggestions to his papa regarding positioning of the goods, customer focus etc ; initially, his father gruffly told him off but his mother prevailed on his father to give him a chance. Gradually Ramesh began to pay attention to the suggestions of Dhaval and  noticed that though there was no increase in profits but cash flow management had improved and there was less stress in running the business.

Meanwhile Dhaval finished his course and appeared for his exams on- line. He topped the class and secured a high enough % to try his luck at Masters in the US.  Many customers who came to know of his success exhorted him to study further and achieve his Mama’s dream ! But…. During those dark months of Covid when he had seen his papa pushed to the wall, he had grown a steely resolve to secure a more  STABLE future for his papa. THAT was his priority. The US can wait !

The wholesale market had a bear cartel and they were bullying the kirana shop owners to accept desperate terms. Credit was tighter and for a shorter period, goods were partly rationed and the bears were playing favorites. The larger stores got better terms and small fish like him were being starved !

But a large MNC shot out a ray of hope. They put out an ad asking kirana stores to apply to become their stockists. Ramesh felt you couldn’t trust these MNCs but Dhaval asked what did they have to lose? So, they applied and there was an online interview but the terms were only marginally better and Ramesh was ready to give up.

Dhaval noted that better terms were available if they were willing to get involved in expanding the rural market for the MNC. But this would mean further financial investment and already Ramesh was financially fully stretched. But, wait, Dhaval asked the interviewer how do you intend to train the rural kinara stores? Their basic knowledge was very poor and they will need to be trained in various aspects of the business.

Dhaval knew the business, knew the local language and could train a large number of rural shopkeepers both by visiting them and on-line. Then, they could train others, of course, under his supervision. But, he was willing to do that if the MNC offered better terms for their stockist operation. Ther interviewer was impressed. He discussed with their management and reverted with better terms.

Diwali 2020: Historic day for Ramesh as he and Dhaval signed a contract with the MNC covering both the stockist operation and training and developing the rural market ! Due to Covid, the celebrations were restrained. But many customers learnt of Dhaval setting out to “Make India Great ! ( at least the first baby step ) and congratulated him on his bold initiative. The only unhappy person was the “bear “representative from the wholesale market who had come to inquire why Ramesh had not agreed to their terms!.