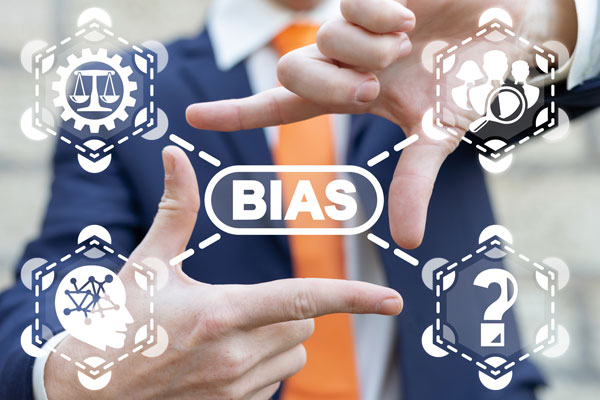 The negative effect of bias is incalculable and has an infinite perpetuation impact on those at the receiving end, writes Nagesh Alai

The other day, in a WhatsApp group that I belong to, someone queried about training programmes for ‘unconscious bias’ at the workplace. Some recommended training modules adopted by overseas ivy league institutions while some talked about specialist trainers. On querying the querist and getting an answer, I suggested that it is best to avoid theorists and look for known people who have traversed the distance and come across various types of biases. After all, personal experience makes for the best tutors. The point is training has had mixed results given the entrenched nature of bias and can only hold a mirror for us whereas inward realisation and transformation can do so much more to mitigate and eradicate bias.

One of the most extant attributes in human behaviour is bias. Simply put, bias means a tendency or inclination or feeling or opinion that is preconceived or unreasoned. It is a damaging behavioural pattern cutting across our existence whether it is to do with our employment, vocation, business, families, friends, race, caste, community or even transborder state and country relationships. The negative effect of bias is incalculable and has an infinite perpetuation impact on those at the receiving end. The class-caste-community-religion-country clash and divide that we see all over is nothing but active biases cleaving minds and hearts.

I am no authority on bias nor a practitioner of behavioural studies. But what we experience are by themselves great teachers and food for thought for us to mull and introspect. Let me share some of those which will bring alive the inherent bias in people sans exception.

Let me start with my experience decades ago in Class 8 whilst at school. We had an assignment to write an essay on ‘Me and My pet’. I was all enthused and gave it my heart and soul in the night and handed over the essay the next day. After a couple of days, I was pleasantly surprised to hear my class teacher (his name was George Thomas) read it out in the class and observe that it was the best essay he had come across in a long time. Moments later, I was stunned and anguished when he asked me: “It is excellent, but did you copy it from somewhere or someone helped you?” As a 13-year-old brought up with middle class values and in an atmosphere of honesty and hard work, it was extraordinarily hurtful to hear that. I had written the essay all by myself and with my own imagination, since I had always liked writing (not speaking as much). It was the classic case of a bias of the class teacher with a pre-conceived notion that an 8th class student cannot articulate an essay so well. It would have demolished most kids pushing them into a shell forever. But with my erudite father’s (probably my best and the most honest mentor that I ever had) counselling, I was able to come out it and continue to flourish with my pen in my own small way. Symbolically, I have over a score of excellent pens in my collection. Perhaps it is a bias to think that those with pens know how to write! 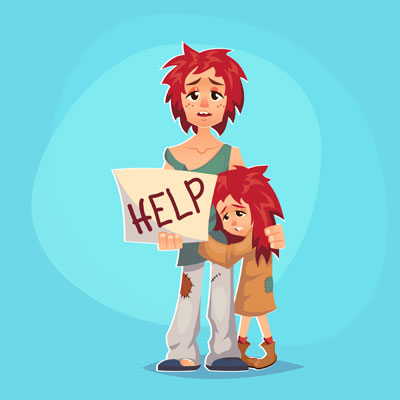 We all come across street urchins and young impoverished mothers with babies in arm begging at street signals of Mumbai. Most will turn a blind eye or ignore them; some will dole out alms out of pity or guilt while some others would be genuinely munificent in thought and action. I have umpteen examples, riding with family or friends, where family members and friends have rationalised saying that one should not encourage begging or discourage able bodies people from working by giving alms. While a small percentage of such beggars may be taking the easy route to money by begging, most could be victims of misfortune or under threat from thugs to beg or similar circumstances. But the point is that we allow our bias to ‘avoid doing something positive’ with the perception that we will be “aiding something wrong” by helping the impoverished. It is a classic case of a confirmation bias, our own beliefs guiding our actions.

During my corporate journey over decades, I have worked quite closely with some successful bosses and colleagues. Given my core competency of finance and law, my interactions with them were both professional and personal, given the all-permeation of finance and legal issues. Most knew their positive sides, but very few knew their negative sides as well as I did. Typical of ‘hero-worship’ of successful bosses and colleague, few would accept that that any of them could have any negative attributes or chinks in their armours or do any wrong. In my lexicon, this can be termed as an ‘aura’ bias. Given that I am attitudinally circumspect and discreet, I never bothered to talk about those chinks. Let the so-called heroes stay heroes for the hero worshippers!

The same thing will happen with people known to be failures most times. We will always assume that such people can never succeed and we will maintain our distance and not wish to be a part of their team. A ‘negative’ bias at work there.

Many of the readers would be familiar with the term ‘Ashwatthama mar gaya’ in the context of the Mahabharata. Dronacharya lays down the arms in the midst of the battle on being told by Yudhishthira that Ashwatthama has died. Dronacharya believed him since he presumed that the eldest Pandava prince, known to speak the truth, will never lie. Yudhishthira was actually referring to a mighty elephant with a similar name as Dronacharya’s son. Dronacharya thought that his own son has died and laid down his arms in remorse and was killed soon after. Dronacharya was a victim of his ‘aura’ bias about Yudhishthira. It was also a ‘confirmation’ bias reinforcing one’s own belief about somebody else. It was an expedient ploy by the Pandavas to say a half-truth since they could not withstand the onslaught of the warrior sage, Drona who was fighting for the Kauravas.

Coming back to the corporate world, recruitment efforts will be surfeit with examples of unconscious bias at play. Depending on the predilection of the interviewer/hirer, one may have a preference for a person from Mumbai rather than say Delhi or Bengaluru. One may only hire from IITs or IIMs on the bias or notion that no other college can produce a better candidate. One may not wish to hire a person from Bihar as compared to say Tamil Nadu on some specious assumptions about their relative ability to work hard or honesty. One may hire based on caste or community rather than absolute core competency. I know of a person whose team consists mostly of people from his home state. One may hire only males thinking that females cannot bring similar value to the table for some jobs. Similarly, one may hire only females for some roles, say HR as an example, thinking that women will be more empathetic and understanding. Person who has come up from the ranks or have only the minimum of qualifications, very often have proved the biases stacked against them wrong by being exceptionally better than others.  One may hire someone just because he or she is very handsome/pretty regardless of the skillsets. Should one term this as an ‘allure’ bias?

Given the deeply entrenched biases that we all have, the only way it can be mitigated, let alone eradicated, is by recognising that there exists a serious problem within us and that we are willing to transform and make concerted efforts to obviate its influence on our behaviour, decisions and interactions with people.

After all, bias is nothing but nonsense. Say bye to bias.