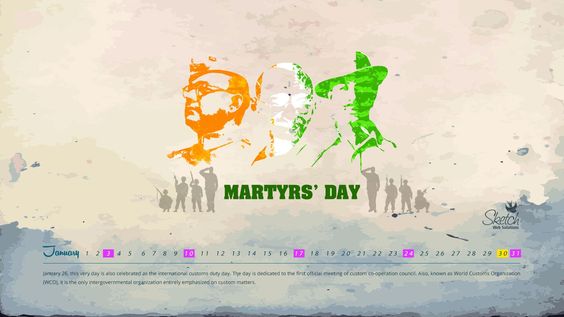 He was a symbol of peace and nonviolence and his legacy has not lost an ounce of power even today. Gandhiji or Bapu, is often described as the apostle of peace, besides being remembered as one of the greatest leaders in the history of mankind.

Apart from the political manipulation for more power than ever, the world has exposed a deep divisiveness. One wonders what Gandhiji would say and do if he were alive today.

We ask Tushar Gandhi, the Mahatma’s great grandson, to help shed some light from Bapu’s viewpoint on the significance of martyrdom in our current times.

– The coronavirus: With respect to our senior citizens, especially those who live unassisted. Is there a Gandhian panacea to tackle this issue?

Our seniors remain the most vulnerable section of society, even before the pandemic. But last year was indeed much more challenging for them in every way. One can only imagine how insecure, anxious, neglected and isolated countless of seniors who live unassisted must have felt.

Self-sacrificing human beings came out of their homes and braved the virus to help many unassisted seniors with food, medicines, groceries and so forth.

Many children who live away from their elderly parent / s were left feeling helpless due to restrictions on travel and so many other facilities. For instance, my father took ill and there was nothing I could do. Living in another city made it impossible for me to travel. Imagine how amplified it is for unassisted seniors the need to feel supported – feel like they have and angel.

Trusteeship of responsibility – shared responsibility, were ideals of Bapu. That the situation in itself brings out the values that necessitate living in society, irrespective of whether we know the people we help or not.

We need to become more inclusive and compassionate as a society. I know groups of like – minded seniors getting together and supporting each other. Instead of over dramatizing issues, if we work as a community, and embody basic values like responsibility as human beings we can share tasks and progress towards creating a more secure environment for our seniors.

– How would you define a true martyr in today’s context – is he – the farmer who fights for his rights?  The social activist who sacrifices their life for a cause dear to his or her heart? The unsung heroes that battle to protect our country and respond to disasters nationwide as they happen? A person who stands for the truth at the cost of everything they hold dear?

Well. All four are admirable and acceptable, I would agree they all fit the bill of the highest level of sacrifice.

However, I do feel we live in a world where we are so time dependent – time is more precious than life.  A person’s time, energy, intellect, and attention are invaluable assets to be generous with. So, sacrificing time for the greater good – like playing with street kids, spending time with elderly – the human beings that sacrifice their time for the greater good, are true martyrs.

Additionally, non – violent protests to fight for truth beginning from the salt march to current day anti – CAA, farmer’s protests, and so many more. Students stand up for the collective good- these are instances of right against might.

We are at risk of our “prosecution becoming a persecution”’ as one publication aptly nailed it. Is this what India has come to: poets and professors and activists are being put in jail on what are widely considered to be trumped up charges?

These are martyrs who we should cherish. We hope that their sacrifice for the truth, wield the change that the nation needs to progress.

– Mahatma Gandhi believed that deliverance for people lay only in truth and non-violence. A poignant time to revisit his mantra?

Truth and non- violence are two sides of the same coin.  Life in all its forms, (not only human); is important, and has to thrive. These were Bapu’s words, but certainly not his invention.

Forming societies and communities and living for the common good, upholding freedom – especially of truth, compassion, non- violence, and justice has morphed into an inescapable narrative that is imperative for our future.

Lotus blooms only in mud
bleeding wounds do give solace
colour, caste, religion matter not
flag of pride and ownership do.

Nectar and poison drawn
from churning a rouge entity,
for everyone to reap
gruff of a lion is enough for sheep
yet clever is fox in numerous garbs.

Poison of hatred everywhere
drink like Neelkantha*, spare the nectar
for those, who need it the most
heaven is hidden somewhere there
raise the bar there is nothing to fear
your body may be consigned to flames
But not YOU, never ever.
_____________________________
All rights reserved – Tribhawan Kaul