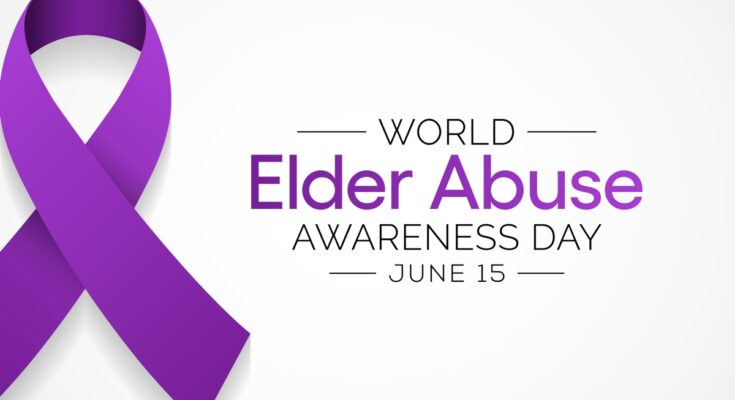 According to the UN, elder abuse can be defined as “a single, or repeated act, or lack of appropriate action, occurring within any relationship where there is an expectation of trust which causes harm or distress to an older person”.

World Elder Abuse Awareness Day (WEAAD) is observed on June 15 every year. This day is celebrated to raise voice for the elderly who are abused and victimised.

In many parts of the world, elder abuse occurs with little recognition or response. Until recently, this serious social problem was hidden from the public view and considered mostly a private matter.

Even today, elder abuse continues to be a taboo subject, mostly underestimated and ignored by societies across the world. Evidence is accumulating, however, to indicate that senior abuse is an important public health and societal problem.

Ironically, it exists in both in developing and developed countries, yet is typically underreported globally.

Although the extent of elder mistreatment is unknown, its social and moral significance is obvious. As such, it demands a global multifaceted response, one which focuses on protecting the rights of older persons.

From a health and social perspective, unless both primary health care and social service sectors are well equipped to identify and deal with the problem, elder abuse will continue to be underdiagnosed and overlooked.

Deepa Desa speaks with Prakash Borgaonkar, Director, HelpAge, India, on the awareness of elder abuse in India, specifically, the struggles and suffering of our seniors in their fight against Covid-19.

In India, across castes and class, rural or urban, our elderly are subject to more abuse than ever before. Your view?

Both rural and urban and across caste and class, elder abuse is a sad reality. The nature of abuse is different. But irrespective of the financial conditions, neglect and disregard of the elderly is a concern in our country.

Abuse is a relative term which can range from verbal abuse and name- calling, to physical violence and even neglect. When does a senior ask for help or at the very least voice her/his concern at the disrespect being meted out?

I term elder abuse as a ‘Hidden Truth’. Why? Because although this has been happening for a long time, it was largely pushed under the carpet and not brought out in the open. Earlier, our elderly used to be silent.

Though it is relative, abuse can take the form of emotional, verbal, physical, financial and much more.

Seniors tend to keep quiet till pushed to the limit. They don’t like to report such things. In fact, largely due to our pan-India HelpAge survey; seniors have been encouraged to speak up on abuse (please read indicative report below).

Interestingly, many years ago, when we first started the survey, 98% of seniors reported no abuse whatsoever. But with each passing year and subsequent surveys, the numbers have been steadily increasing. This indicates that they are now feeling supported enough to speak up and voice their fears.

It’s not only family but caregivers and old age homes that are all equally guilty of senior abuse.

Are senior men and women equally at risk of abuse or do you see one gender afflicted more than the other?

As many as 53% are women and there is more abuse proven against women than men.

What about single seniors? Are they more vulnerable to abuse?

40% are single and yes we have seen that if they do not have a spouse, they are more vulnerable.

The solutions to counter elder abuse. Are there institutions, NGOs and support organisations to lend a ear to seniors that suffer abuse?

Yes. And as a result, now they are sharing their voice so they can be heard.

Digitalisation has changed living circumstances. HelpAge India helps seniors to do many things. – Expert children teach the elderly how to get techno- savvy -This has been very successful. It has also helped our elderly to stay connected during the pandemic.

Virtual events and even festivals have been celebrated regularly by HelpAge India so as to include the elderly and not isolate them.

We support our elderly to always see the positive side of things. Our seniors are entitled to live a dignified life.  At the same time, they also need to compromise and move with the times. Generations need to understand each other. Understanding and restoring generational bonds will heal relationships.

Today, I feel children lack that bonding that our generation had with our grandparents. Because of the joint family system, we learnt many cultural traditions from our grandparents. We all ate our meals together, and shared our day’s events etc.  In single families this is sadly lacking, and the kids of today don’t have value for tradition and sacred things.

What about neighbours/ friends/ caregivers etc who witness neglect, abuse. Can they speak up on behalf of the elderly without running into trouble?

Absolutely. Our HelpAge India Helpline – 1800 180 1253 – is a pan-India Helpline that works 24×7. All seniors can use this helpline at any time and on behalf of elders, people can call or visit any of our offices.

The main objective of World Elder Abuse Awareness Day is to provide an opportunity for communities in India and around the globe to promote a better understanding of abuse and neglect of older persons.

Seniors, on their part, should not be afraid to speak up. Call out the person abusing you by reporting it to the correct authorities.

Remember you have growing support.

It is also wise to try and understand that the world has changed dramatically due to Covid-19, so you may have to adjust to, and understand sudden changes which have become a reality that requires acceptance.

No matter what, be strong and stay spirited. You can’t force people to respect you and treat you well, but you can refuse to accept abusive and disrespectful behaviour.