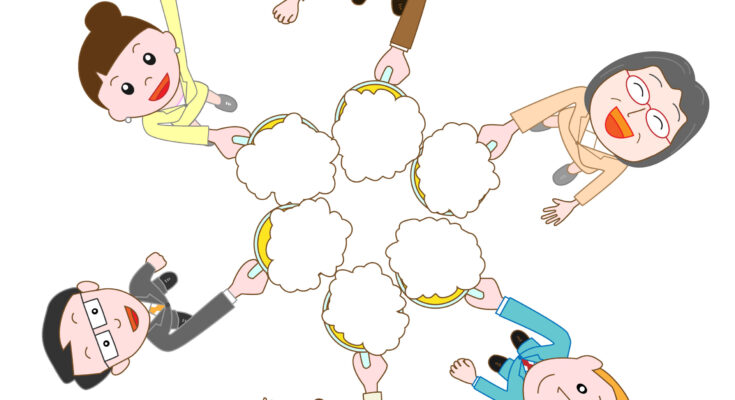 Class reunions and why I advise them.  Have you been to one lately?  I prescribe it with tons of wine, spicy idli sambar and depending on the region – their traditional thali.

I went to one earlier this year, before Covid took root.  I seriously did not know what to expect as it had been almost 50 years since I had met any of my classmates.  I descended on this adventure mostly to re-establish an identity for myself (NRIs are your proverbial DKK – dhobi ke ku….) Contrary to popular belief, we the USA NRIs are not as well put together as we portray ourselves. Whoa, for those NRIs snorting at my words, fuming and gritting your molars – I am just about to give a disclaimer – There are Exceptions to Every Rule. I said it! May I continue?

Girls came from every direction to invade Varsha Paradise (which Shakespeare would have described as a rose by any other name, in Baner, Pune). Pune, Kolhapur, Delhi, Thane, Bengaluru, Talegaon, Belfast, Houston and of course Mumbai were well-represented by sight and sound. Most of us had aged graciously with a few extra pounds that even a sphanx could not hide. Then there were those for whom time had stood still and at the ripe age of 65 still looked like blossoming debutantes.

And as we started to play catch up – each one shrilling louder than the other like only prep school girls can, much to the amazement of the Nepali wait staff (they are not just security guards anymore, now their uniforms have taken on the thrill of hospitality). At this point, it would be important to put things in context otherwise the readers will hmm and haw at the political incorrectness.  And again, maybe a bit  of venting could not hurt so I choose to let you make of it what you will with just one disclaimer that Nepalis are one of our own and I am allowed to make as much fun of them as I would of a fafdaben, a chhapatibai, a Punju bhangrist, or an idli tambi,  So, where were we?  Oh, yes context and such. Our group of 12 strong were hosted by a gracious class fellow in Pune.

Garlanded with leis and an abundance of gifts in forms of candles, scarves, shawls, mithai, ceramic necklaces were exchanged.  Missing was that bottle of wine, which, clever readers you guessed it I am that Gujju NRI (Punekari previous life) who forgot to ‘bring’ the bottle.  Lunch was Maharashtrian wedding thali which our hostess with the mostest compounded by surpassing all boundaries of culinary ecstasy.  If delightful were a word that could be superlativised then that would be the adjective I would use for that weekend.  For, what followed was an evening of competitive revelry and mouth-watering barbecue served on the terrace top, with chatter till the wee hours. Pressing forward, what’s a girlie story without a treat for some of you lecherous readers, poring over this article, hands clenched, lips pursed in anticipation – imagine an early morning slumber party with some 65-year-olds in negligees swooning over a cup of masala chai and a breathtaking view of the sunrise from a 3rd floor portal (I can hear a whisper from some Gujju NRIs in Houston – gandee saali   translated – ‘dirty girl’). That was it, guys, show’s over.

Moving on, off we went to, where else?  Our alma mater at which the netizens could not have envisioned what 12 past students could wreak in a single afternoon. We flitted unceremoniously from classrooms, lectured the diminutive 8th class natives on how it used to be and Yes!!!! Our one goal in life to de-scar ourselves of that room of horrors was rightfully achieved when in unison we sat at the Principal’s desk and sang. The notes leapt through alarmed windows while our lungs desperately pursued them. From what I hear, the walls have permanently closed their ears (to those who need this analogy explained – ref. ‘walls have ears)’, and  the quietly dignified Ms S still wakes up with nightmares of 12 mature grey-haired (except for some who had jet black dyed hair) preppies trying to carry a note to the prestigious school song.

In tandem, we left for the Conrad Hilton with our fav teacher a mild hearted Parsee with a twinkle and a wit matching none other than the erstwhile Shaw.  As we dispersed, we all saw each other as we were 50 years ago, pigtails, green uniforms covering unflattering bloomers with a tear which refused to fall and heads nodding in acknowledgment of the wondrous memories we had shared.