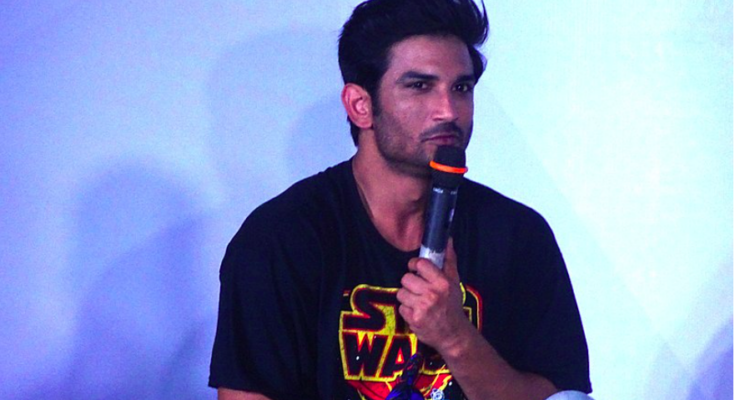 As an ‘overwhelmed’ Bollywood mourns the death of Sushant Singh Rajput’s death, there are more Sushants, Divya Bhartis and Marilyn Monroes on their way to glamourland, writes Minoo Shah

Something that glitters on the outside and stinks on the inside. What is showbiz? Be it Hollywood or Bollywood, it’s a cesspool!

So, what is it about fame, fan following and the glitzy life that attracts a person to sell their souls, ethics and integrity? It is an adrenaline rush you get from face recognition, the paparazzi forever your shadow and dates with the pick of the litter. What more could a person want? A mental break, maybe.

This is what went unrecognised in the case of some popular Hollywood and Bollywood stars that passed before their time. To be precise, they took their own lives. Some left notes and others did not. It was left to the forensic experts to decide if it was an accident or suicide.

Such is the human mind that when we cannot fathom tragedies we tend to clutch at any straws.  We want answers, we want to understand the whys, the wherefores, the what could have beens and in our grief we lash out.  The horrific news of actor Sushant Singh Rajput’s death by hanging has shaken Mumbai, India and non-resident Indians globally.  Many videos and many a talk show host and at least a few celebrities have cast aspersions on the nepotist bullying fraternity of Bollywood.

Let us take a step back and look at facts.  The actor was suffering from depression, this was confirmed by his ex-live-in girlfriend Rhea Chakraborty.  One of his former manager Disha Salian had committed suicide a week prior. He had almost no movies on his roster and felt like an outsider in an industry where the power-brokers were ganging up against him.  All of the above was a perfect storm and his stress level broke leading him to commit the one act that one too many in Bollywood and Hollywood have committed.

Marilyn Monroe – a globally recognised blonde bombshell who even had a President yapping at her heels. Death by overdose.

Guru Dutt, an icon known for his black and white movies with a crowd pull like none other mixed sleeping pills and alcohol. No note left behind but ruled a suicide.

Robin Williams, the lovable alien from an 80s TV show Mork and Mindy who went on to play amazing character roles with the likes of Marlon Brando, Matt Damon et al., suffered from clinical depression and took his own life. We don’t know what demons chased him.

Then there is Michael Jackson, Divya Bharti and scores of others whose deaths have been ruled an accident, but conjectures continue, and conspiracies abound.

From many accounts, it is clear that Sushant Singh Rajput was an impassioned actor, an intellectual and a genuinely good person.  Yet he chose to be in a profession where nepotism, casting couch sexism, backbiting and the media-whoring are all a given. Very few with no godfathers in that industry, namely Sanjeev Kumar and Deven Verma survived, their talent was their calling card but early on decided how deep they wanted to step into the murky waters. In comparison, take an example of star kids that did not make it. Abhishek Bachchan had really big shoes to fill.  He had failed even before he entered because the fan expectations were immense.  No amount of star power from Big B could resurrect his or Aishwarya Rai’s career. Talent personified Abhay Deol is a has-been in spite of his lineage which did not help his half-sister Esha Deol either.  Star kids have a different type of pressure because not only do they have to prove themselves better but also measure up to the masses’ expectations. It is what it is.

If we are to play the blame game, then let’s begin with the media. There was a time when integrity and ethics were the watermark of journalism.  That is now a fable of the distant past.  Sensationalism, commercialism, and various ‘isms’ tantamount to all that is greedy abound in the press and the new mantra is ‘if it sells publish it.’

All that said, let us zero down into the gist of this narrative. Why did someone like Sushant Singh Rajput with all his intelligence fail to grasp what he was stepping into? He, like many before him, lived in a fool’s paradise. Like quicksand, the industry engulfed his dreams and aspirations, leaving him heartbroken, friendless and bereaved of trust.  All ingredients that can make a person feel like the walls are closing in on them leaving them with only one course of action.  End it all!

As this goes to print and an ‘overwhelmed’ Bollywood mourns, there are more Sushants, Divya Bhartis and Marilyn Monroes on their way to glamourland. It is the nature of the beast that spreads its tentacles luring innocent wide-eyed youth into a world of artifice and hypocrisy.  Lest we forget, Sushant Singh Rajput was one of them and he succumbed.