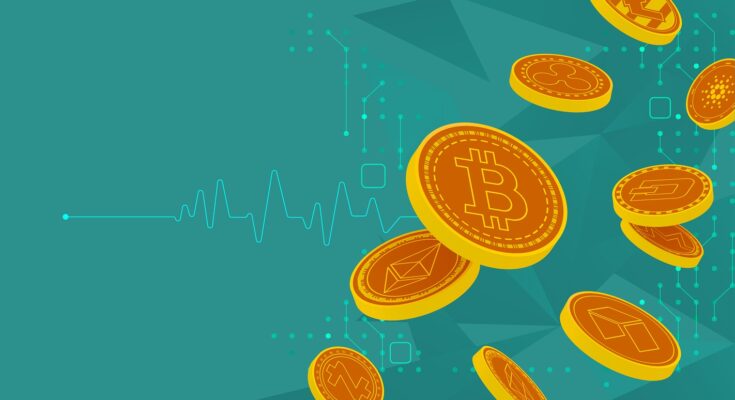 Just go back to the time when you scoffed at emails replacing postal communication. Countries will forge their own cryptocurrencies except the standard will not be weighed against gold.

Life is volatile, is it not? Just look at the dance of gold versus cryptocurrency. If you are like me then we have been playing at ostriches with our heads in the sand.  Almost a decade ago, and when I did not quite call myself a senior, the financial horizon saw the advent of cryptocurrency. I was at work and a colleague asked me if I had bought any Bitcoins. I shrugged it off.  He went on to buy them and budget permitting, I stuck to buying gold. A few years later, a cousin asked me if I was interested in buying and trading Bitcoins.  I said, ‘don’t be silly’ and paddled along with my faithfulness strongly intact for the yellow glitz. Art, my colleague, has paid off his house, bought the Tesla Model X cash down and owns a luxury vacation membership. My young cousin, a college dropout, single in his mid-twenties is now a jet setter already retired without having worked a single day of his life.

Do I feel remorse? If you call playing chess with my brain and stale mating at every turn, kicking myself behind closed doors, wincing in silent pain at what could have been, then you bet your bottom dollar that my pain far exceeds remorse. But, never one to say die, I decided, I was going to learn more about how the market was to be defined in the future. So, of course I did what anyone who has missed the boat does. I turned to my sixteen-year-old grandson and sought financial wisdom. My guru spoke a language that was interspersed with words like Blockchain, Staking, Ripple, Ethereum mostly verbiage outsourced from the elements chart in my science class. I was a patient learner, and soon was bitten by the bug.

The excitement was in the air, I could smell a whiff of the goddess of wealth surrounding me and proceeded to become a part of this new revolution. Having been a banker, I was aware of the invisible fees that a consumer paid to the extent that one could not say ‘banker’ without the added adjective ‘fat’. Remember the phrase, ‘the house always wins?’ Right! This alone geared me towards the fascinating source of a bartering exchange where there were no middlemen. I found a new religion whose God was Satoshi Nakomoto as invisible as any of the Lords, Deities or Prophets that the world swoons over.

In a gist, Satoshi, the recluse founder of Bitcoin, wanting to stick it to ‘the man’ greed and the Deep State, set out to bring a revolution to the world of finance. In order to launch this revolution, he started out by giving away Bitcoins, a tradable currency.  The recipients started seeing their portfolios surge and suddenly a new generation of millionaires was born.  The Winklevoss twins (for more information see the movie ‘The Social Network’), still sore from being ousted of their share in Facebook, jumped in and thus began the age of what in my mind is without a doubt the beginning of the end of a monetary system that has caused global havoc.

Most certainly, I have left your mind reeling by perpetuating the onslaught of what is to come. But trust me, come it will, just go back to the time when you scoffed at emails replacing postal communication. Countries will forge their own cryptocurrencies except the standard will not be weighed against gold. I do not suggest that you run to the market and liquidate your hoardings of that precious metal, all I am suggesting is that like me diversify your investment and then sit back and watch the dance. What do we have to lose? Let us go out with a bang for to have lived a little is far better than to watch life pass us by. So, if you do not have a Woke generation grandchild of your own, go to the neighborhood panshop and collar a young ‘tapori’.