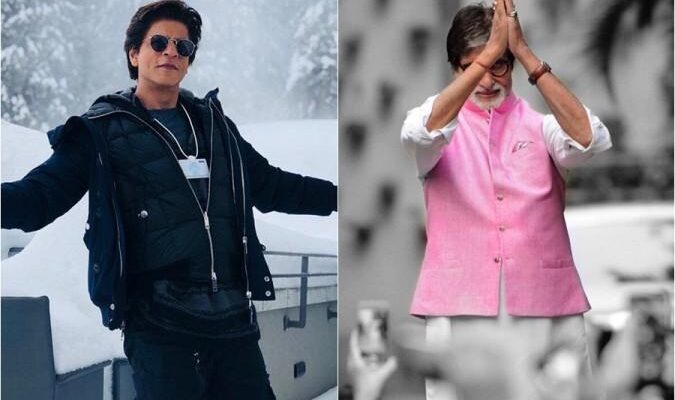 I must admit that I have not been too charitable to the Bollywood Bubbas. As a matter of fact, it would be right to assume that the false bravado that spills through their steroid mutilated artifice injected personae, leaves me crying for mercy at times.  However, in exercising my right to plead exception to my own rules, I hereby admit that there are two that have caught my fancy.  One, I unflinchingly rave about and still blush at the memory of sitting across the aisle at the premiere of Abhimaan. The other is the enigma referred to as SRK.  I do not refer to him by the media bestowed title, because I am still trying to figure out how someone with no dancing skills or chocolate boy looks who with his first release made the echelon nonpareil status? What does this say about the entertainment industry, die hard fans and the meter of success gauged by box office collections? Evolution, Evolution, Evolution!

Let us walk down memory lane, the 50’s, Prabhat Studios, the sonorous voice of Prithvi Raj Kapoor. the acting prowess of Ashok Kumar, Bharat Bhushan, Bina Rai, Leela Chitnis and many more. Back when the industry was not crowned with the banner reminiscent of Hollywood, movies were filmed on reels and sound effects were edited onto the celluloid.  Artistes had a sense of discipline and accepted the hierarchy where the Director was the unquestioned boss.

Then came the 60’s Dilip Kumar, Raj Kapoor, Dev Anand, Meena Kumari, Nargis, Asha Parekh and the age of a mix of amazing comedies, patriotic themes and knockoff Hollywood Productions. Girth on female artists was seemly and doe eyed, dreamy looks were the norm. Songs had lyrics that could be sung during antaksharis around and amidst grandparents, aunts, and uncles with tone deaf ears.

The 70’s era continued to have a modicum of decorum with Rajesh Khanna and Jitendra conquering hearts with their onscreen presence.  Even movies that bombed on first release were thronged by cinema enthusiasts. Those were the days when audiences dressed up to go to theatres with tickets that were bought waiting in long lines under a sweltering sun. Scalping or what then was referred to as black marketing of tickets was acceptable even by the pandus who got their freebies for looking the other way. As is common among fickle fans, slowly and surreptitiously they started looking for entertainment beyond boy meets girl, they dance around trees, two roses kiss and the heroine gets pregnant.  Just as midriffs were bared and beautiful boys competed for looks with pretty girls – evolution happened in the guise of Amitabh Bachchan.  This icon defied all the pre-conditions of what warranted the characteristics of a movie star.

Thereon, through today Bachchan rules the screen.  That is almost forty plus years of amazing oratory, diction, acting and the delivery of a surefire box office bonanza.  His fan base is akin to none other in any film industry around the world.  Just ask Leonardo DiCaprio who co-starred with him in The Great Gatsby. AB defies all the rules that make up ‘Bollywood’ – yes, somewhere in the late last century while we blinked, the film industry got a name change under the auspices of the media. Even as we got comfortable with the ideology of demigods being six feet plus with smoldering eyes and a baritone voice, there arrived another to vie for our affection. He was a complete antithesis to any hero material that graced the screen till then. A mystery worthy of Hercule Poirot or Byomkesh Bakshi expertise – how is it possible for a newbie to come out of the blue and challenge the God of acting – Mr. Bachchan himself?!

Elementary my dears, it is called the SRK charisma interpreted as a Svengali-esque mesmerizing skill that leaves you dazed and murmuring ‘what the fluke’?

However, the more we get the more we want and soon enough the circle of life whacked us with a cat o’ nine and pushed us into the age of films populated with vernacular abuse, four letter words and story-lines that catered to an attention deficit audience. In the big scheme of things, art as we know it has taken its final bow and performed a vanishing act. But me the ever optimistic does see a glimmer of hope with a rise in stars like Manoj Bajpayee, Pankaj Tripathi, Neena Gupta, and many more who fed-up with the movie scene have been reborn on TV serials.

For now, with folded hands and a bowed head thanking the Lord of captions, I have turned to Malayalam, Telugu, Marathi, and Bengali regional films. Occasionally, when suffering from a toothache, nerve pain and the aftereffects of anesthesia which tend to interfere with normal brain function, I do watch an Alia Bhatt, Akshay Kumar or Katrina Kaif starrer.

Nevertheless, the poignant reality is, I am waiting for another round of evolution that will fill the void when my two favourites hang up their hats anon.  Who, then? Prateik Babbar would have fit the bill, but alas, less said the better, leaving the only option on the horizon – Master Ishaan Khatter!