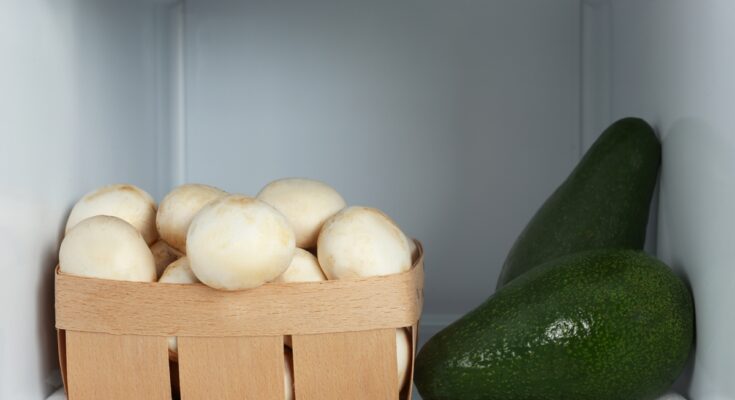 Little did I know that my affection for crime movies and tv shows was in fact the calling of my inner sleuth.

This novel epiphany came to me the day I noticed the missing avocado from the vegetable bin on the left shelf of the three door LG icebox. While some of you may shake your head at my recollection of the precise whereabouts of the avocado, Dimple at Haji Ali naka, Kusum in the high-rise off Warden Road and many other Rekhas, Seethas and Daljits are eagerly waiting for me to continue. To them the dilemma would have been if I had not remembered the contents and the order in which the culinary objects were placed. You see, us house engineers more familiarly
known as housewives may not be able to solve complicated theorems or for that matter code an unmanned satellite to discover how oxygen is made on Mars, but we can certainly recant, while in deep sleep, how many potatoes and onions reside in our pantry. As is my habit, I will sidestep a bit to elocute my point with an example. Say, for instance in Rukmini’s case, her husband, decides to give the neighbor’s newly wedded wife three out of the
eight tomatoes that were in a two-tier overhanging basket along with the onions and garlic to the right of the stove, there is not a tale the sap could weave to save his sagging behind. Ruku, who otherwise is pre-occupied with tales of the Bollywood Begums nonetheless has a mental inventory of daal, chawal, aata and sabzi. Such is the agile mind of all of us legendary divas whose kitchen is their kingdom.

Back to the avocado. So, I brought out my notebook and wrote down the number 3. My week had begun with 3 giant avocados. On Monday, we used one to make Guacamole, On Wednesday, we chopped up one to add to the two remaining onions, one juicy tomato and four buds of garlic. Thursday, we ordered dinner via Zomato and Friday we ate out. Saturday  morning breakfast was supposed to be egg sunny side up with Avocado toast. But destiny did not agree with my menu as it soon came to light that the third avocado might have absconded? That thought was immediately shrugged off because avocadoes do not have limbs and as such cannot go on a lam much less open the refrigerator door. Just like any woman in my position would, I laid in wait for Bai. As soon as she ventured into the kitchen, I sidled by her and asked: “Bai, tu tey hirva peru sarkha avocado bagheetlas ka” Bai, giving me a look as only someone who has spent a lifetime on Byculla locals cursing their employer sethanis, said; “aata hey suddah vichara ki me toh avocado khalla ka? Aaho, aamhi tasley chikat aswadishtha padartha fakta rastyawarchya kutrya la takto.” I was savvy enough to know that on such occasions one must be vary of rebuttals and make an about face so as not to lose Bai – because avocadoes can be replaced but Bais belong to that commodity that are fast becoming a rarity. I turned tail and went back to my notebook and wrote – Bai – not guilty. I was not that patient with the dog who I had caught sniffing all week at everything green. When he saw me approaching, he held his ground and communicated with a side glance at my son-in-law as if to tell me who the real culprit was.

I made a beeline to the gym room where the pandemic stressed working at home, zoom meeting fatigued Generation Z attorney was toiling away on the treadmill. One look at his nutrition chart and I knew that the 250-calorie avocado did not stand a fighting chance to get aboard. At my wits end, I penned onto the third line – Dog and Son-in-law – not guilty. All avenues had led to a dead end but just as I was about to call it quits, I saw a blinding light accompanied by a chorus of angels and a voice asked: “what would Sherlock Holmes do?” And just like that, I screamed ‘Eureka’ and ran to the balcony shouting out to the Gurkha: “Watesinghe, Watesinghe, tumko 11 number waali Falguni ne kya bheja?” Watesinghe: “jee memsahib, lassi bheja.” Waving him back to his post perfunctorily, I went back to my book and wrote – Falguni is having an affair. In short, the case of the missing avocado (which, by the way must have been taken by Bai who  had retrieved it from the dog who had stolen it from my son-in-law who was trying to cheat on his diet) was, but a red herring meant to clear the nagging doubts I had had about Falguni’s sudden cravings for all things Nepali.