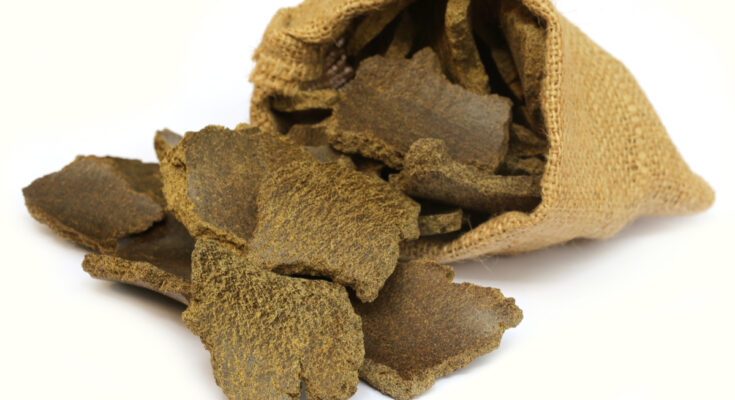 Many may or may not gulp and go – whaaaaat?  I did; and immediately called upon Alexa, Siri, and Uncle Google for an explanation.  For those not in sync with botany, gardening or dirtying their hands in soil – sarson ki khalli is a miracle ingredient that gives you bounteous vegetables and herbs, or at least that is what my research guidance led me to believe. The competitive pursuit of one-upping my neighbours resulted in several failed attempts in procuring this mystic manna. Armed with purpose, I did not back down from my resolve when Walmart Garden Center guest service personnel gave me ludicrous stares.  My fifth attempt at trying to elicit information for this elusive product did prompt said service minions to rush the medics in with straight jackets but I held my ground undefeated.

One morning while briefly contemplating defeat, the lady realisation prompted me to use the botanical name ‘mustard cake seed fertiliser’, which obviously would be better understood by the staff whose linguistic attributes stopped short at words with two syllables spoken in Texan English.  Happily, I moseyed down to the Walmart Garden Center only to find out that I was barred, and red flagged from their esteemed outdoor facilities. Not to be outsmarted, I did what all wannabe gardeners do. I entered through the store and surreptitiously entered the foliage encrusted outdoors disguised in sunglasses, a floppy hat and a flowery shirt.  The flora and fauna looked askance at me, but I did not blink and continued towards the isle that kept beckoning me during restless nights.  As I was poking at bags straining my eyes to read the bounteous advantages of its contents, I felt a tap on my shoulder.  The manager, having recognized me through the camouflage, politely asked me to leave. Sensing resistance, the façade dropped, voices got elevated, customers stopped and stared.  In retrospect – why not? The scenario, if I may recreate it to give you a visual of the American apathy in such situations.

Scenario: A bespectacled pimply faced youth in his early 20’s (Walmart tends to promote them young) weighing about 70 pounds. (if at that) sporting a length of 5 feet 3 inches trying to collar a 140 pound. 5-footer female species clinging to a bag of fertilizer.  Where this gets a bit precarious is that the bag is chained to a 10-foot wrought iron shelf alongside its buddies Miracle Gro Soil, Rodent Repellent, and varieties of hormone injected Microlife growth products. As the crowd looks on mesmerized, blind sighted by the bright flowers on said female’s shirt, the bag bursts, pelting foul smelling manure on said manager’s pristine polyester uniform. Said female aka moi dashes towards the door, across the parking lot and into her transportation at a speed that would put Usain Bolt to shame gunning it to the freeway and beyond.

Having learnt my lesson, I did what most people would have in the first place and further added to the substantial wealth of Jeff Bezos.  A side note: what will happen to Amazon if Bezos, who plans to take a flight to space, gets zapped by aliens whose packages were never delivered and disappears from Planet Earth?  Hmm, chew on that for a bit and let me conclude this narrative. The greens are growing with aplomb and the squirrels are fattening up for summer, the tomatoes never quite reach their blushing glory because the birds get to them first, however the mint has taken over the rest of the raised garden bed. I look at my canvas with pride every morning as I bring in 3 pieces of okra/bhindi and a couple of dwarfish baingans that I have wrested from the clutches of a caterpillar. So, what if I paid $53.79 for a 1-pound bag of the mustard seed cake which costs about Rupees 137 and is available at any garden store in India.  The important thing is, I can chat with most of my neighbours while looking at them with derision when they ask ‘Sarson ki… what?.’  Except for Owen, who resides three doors down and who was part of the crowd that historic day in the outdoors garden center at Walmart. With him I plan to maintain a healthy distance till such time that he gets amnesia.