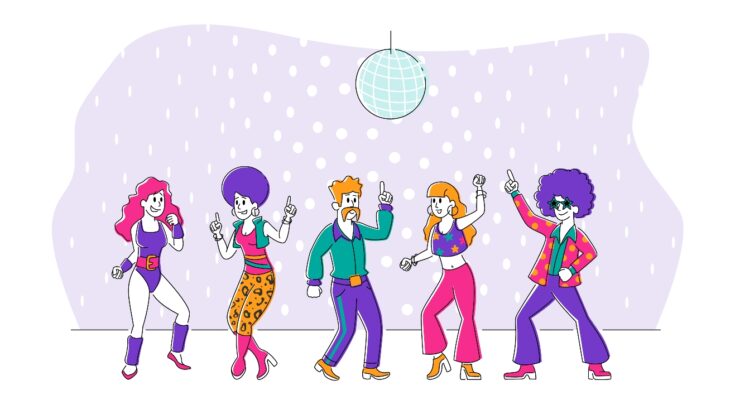 A Gujju gal is born with a seventh sense called a laissez-faire attitude towards life, writes Minoo Shah

This would require aplomb, certain savoir faire, a thick skin and pretty tough guts to swallow the censure of your peers. Non-gujjus (Punjus being the exception) seem to be nonplussed by this acknowledgment of one who till to date has tried to pass off as a rapier-witted lady who could never be rattled. So let me take you down memory lane and a journey that brings a tinge of pink to the cheeks and a perpetual wish for a permanent brain fog.

The 70s were an era where the freedom fighter generation was still wallowing in tales of how freedom was attained at the stroke of midnight on August 15, 1947.  Since Mohandas Karamchand Gandhi, the father of the nation was a Gujju, it automatically gave every Gujju household a belief that their stature was above the rest.  And to them were born us the baby boomers who had it so easy. Easy, really? We were the experiments of a culture and sub-culture that was left behind when the colonial behinds were kicked. We had to straddle between the traditional and the pseudo western culture that came with memberships to prestigious clubs like in my case the Royal Connaught Boat Club and the Poona Club and the advent into our lives of the ‘non-vernacular’ visage.

In my teens, I thought I was the landed gentry, because I knew how to do the twist. The memory of one such evening makes me wince to date. My parents who were tittering between traditional and ‘modern’ upbringing made a compromise and sent me to an all-girls school. Most of my peers who have gone from being two pigtailed pinafore clad giggly girls to teenage divas know that the annual school social is the highlight of our existence, right? That we are allowed an evening in mixed company – yes I said the naughty word ‘amidst boys’, is the absolute highlight of our existence. More so for a gujju gal growing up in a joint family. So, unless you are a Gujju, this is the point where are paths fork. Parched of social engagements (because the usual party scene in a Gujju household is devoid of any privacy), I dug my heels and coerced my parents into allowing me to attend one such social evening. Getting that nod, called for a social intervention amongst the elders. A frenzy of uncles and aunts joined the fray, as life to them was a constant metaphor of running after a local train as akin to catching and holding on to their youth.

It was finally decided, I could go but there were conditions attached (much like the British’s conditional demand of how they saw fit to give us our freedom). Adrenalin rush and all, I agreed to the stipulation that my uncle and aunt would go as chaperones and cleverly negotiated a compromise that they were to stay invisible. What was to follow haunts me to this day when anyone mentions Bishop’s School and 1975. The evening started off with a flurry of excited girls waiting for their Prince Charming (yeah, all girls even way back then thought they were Disney Princesses), to step up and ask them for a dance. I got mine fairly early on in the evening. Here I was twisting to Chubby Checkers medley whilst trying to dodge flaying arms and stomping boots, when I felt a chubby hand groping my legs. A hand raised to smack the rather malnourished Princey was destined to freeze in mid-air when I heard the groping was accompanied by familiar sounds only a toothless being could contrive. Horrified, I looked down into a set of thick eyelashes drowning a pair of enormous eyes accompanied with gurgling sounds of ‘goo-goo’, ‘ga-ga’. In my uncle and aunt’s defence, they had kept their end of the bargain. That they would bring the six-month-old baby and let him lose to crawl around our schoolgirl/ boyish awkwardness was never inscribed in the contractual obligations. What was a girl to do? Head held high, baby in arms, smiling and nodding at teachers and friends, I swooped out of the ballroom with my best friend’s grace and dignity.

Life continued to be a series of social mishaps that sometimes turned a disco party into a dandiya affair with scores of relatives gushing uninvited into the sojourn, or a college picnic in Khandala with surprise appearances by mom and dad and a cavalry of servants delivering dhoklas, gathias and jalebis. If you have felt my anguish and are wondering if this had scarred me for life? Oh, no – you see a Gujju gal is born with a seventh sense called a laissez-faire attitude towards life.