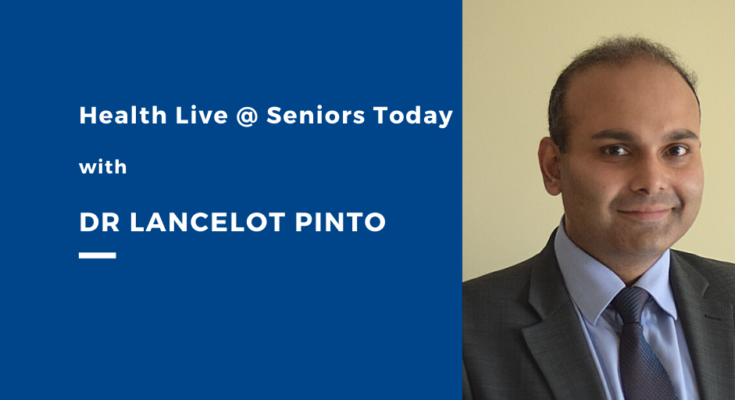 Dr Pinto is a leading respirologist at the P D Hinduja National Hospital and Medical Research Centre, Mumbai. He was a gold medal recipient at the DNB examinations in respiratory diseases in 2009, and trained at the McGill University, Montreal, Canada from 2010-2014, during which he completed a Masters degree in Epidemiology, and clinical fellowships in Sleep Medicine and COPD rehabilitation. He has a keen interest in research, and has over 60 peer-reviewed publications, and is a peer-reviewer for a number of leading journals in the field. He has also collaborated with the University of Cape Town, consulted for the World Health Organisation and USAID, and continues to collaborate with McGill University. His main areas of interest include management of severe COPD, drug-resistant TB, smoking cessation therapy, and the management of sleep disorders.

In the 1960s, at the University of Chicago, a lot of research started being done in the context of sleep and to try to understand why we slept? The Tetris Experiment was performed where the experimental population was taught the game of Tetris- which involves stacking the blocks in a line and involves a lot of spatial understanding and quick reflexes. Half of the population was thence to sleep and the other half was sleep deprived. They found that the individuals who slept for more dance 6 hours after learning a new task improved while those who didn’t, did not. Suggesting that sleep played a role in:

Another bunch of math chat experiments were done at the University of Lubeck, Germany, in 2004 where individuals were given a math problem and the math problem had two ways of solving – a complicated one and a simpler/ shortcut way. They allowed half of the individuals to sleep well and the other half was sleep deprived. It was found that when the individuals returned to the problem later on, those who had slept well were twice as likely to find the simpler way as compared to those who had not slept well. It suggested that when it comes to analysis, understanding things better sleep plays an important role.

– In certain neurodegenerative diseases such as Alzheimer’s, the stuff that accumulates in the brain may very well be the toxins that were not removed at night.

– Lack of sleep has the potential to pause accumulation of the substances.

– What happens when one doesn’t sleep?

Another experiment was done on a bunch of mice where the mice were placed in the centre of a chamber with water around it. Every time the mice would fall asleep it would fall into the water and wake up and jump back to the centre and so on. It was an inhumane experiment, yes. But what they found was that within 32 days all the mice died of sleep deprivation. A similar experiment was performed on humans at the Guantanamo Bay, where the individuals were kept awake for torture and interrogation purposes. It was found that the lack of sleep also causes:

– There is a circadian rhythm in the body. There is a light and darkness pattern, a body clock. Some people say that they work better in the morning while others work best at night. They are traditionally called larks and owls. Unfortunately the way our lives are designed the owls have a hard time adjusting and sometimes even struggle with the “early to bed and early to rise system” that we follow. Individuals who working shift find it very challenging as well.

– All of us have devices such as phones, laptops, tablets, etc.- these devices give our brain a lot of light. There is a small gland at the back of our brain which is called the pineal gland. This pineal gland converts light into trying to figure out if it is day or night and it secretes melatonin accordingly. So if it is night time melatonin is secreted which helps you transition to darkness. But if we expose the brain to tremendous amounts of light which the devices tend to, the brain gets confused. The brain thinks it’s still day time and therefore has trouble falling asleep.
These devices are very common cause of insomnia.

Sleep changes as one ages:

– As you grow older, you tend to get tired earlier in the afternoon and then you wake up earlier in the morning. This is called phase shift. The biological clock moves in such a way that for some reason you wake up earlier in the morning and you feel sleepy earlier in the day. This does not mean that you need shorter hours of sleep. You still require your eight hours of good sleep.
– The elderly have trouble initiating sleep and when they do fall asleep, it is more often than not interrupted. This is because the elderly tend to have lesser REM sleep i.e the deeper parts of the sleep tend to be lesser/ shorter and these individuals tend to be a lighter sleepers.
– More daytime somnolence. Which is a consequence of the fragmented sleep which is not optimal. 25% of elderly tend to nap during the day. This as a consequence also increases the tendency for falls.
– Difficulty in adapting to disruptions. Asyou grow older, your capacity to pull all-nighters decreases. Which is why it is very important to set a schedule as you grow older

Dr Pinto has a simple questionnaire that you can fill out to find out if you are a sleepy person. If the answer to the questionnaire is yes, you might want to look into why you are sleepy.

The windpipe is a soft tissue (which has no bones for support) falls to the back of the throat and impedes the passage of air through the trachea. When you sleep flat on your back at night, your body goes into a state of paralysis and the brain has to work very hard to keep the windpipe from going floppy and it does so with the help of muscles which are called the dilators which open the windpipe. But when there is a lot of fat around the neck, if the individual is obese, people with small chins, square faces, etc. the windpipe struggles to stay open. When the windpipe struggles to stay open a sound is produced while breathing. When we normally breathe, no sound is produced but when the windpipe is partially shut the vibrations of the windpipe causes the sound of snoring. When you snore, if your oxygen levels dip that is what sleep apnoea is.

It is usually the partner/ spouse who diagnoses the apnoea 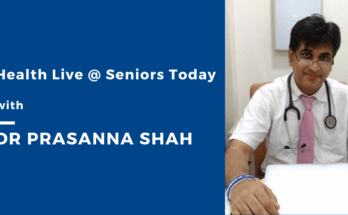