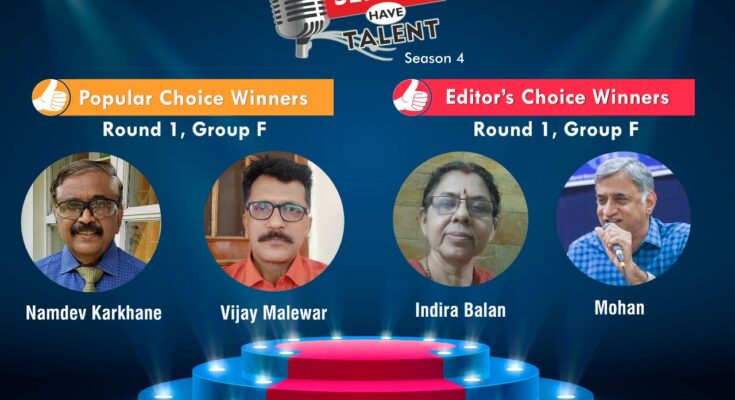 With this announcement, 24 winners from the group rounds of Season 4 will contest in the Season Finale, scheduled to be held on Sunday, June 27 at 11am.

By A Staff Writer

The Seniors Have Talent Season 4, Group F round winners were announced after the voting closed at 10pm today (Saturday, June 19).

The four winners join 20 others from Groups A, B, C, D and E to participate in the Season Finale, scheduled to be held on Sunday, June 27 at 11am.

Here is a little more about the Season 4, Group F winners and the song they sang at the Group F event:

He is a postgraduate from IIT and started his own consulting firm and since 1991, he is practising independently as a structural engineer in Aurangabad in Maharashtra.

He is a metallurgical engineer from Raipur. Whenever he sings, he feels very light and stress-free. He believes music has the power to relax you as you face any odd conditions.

She is a former banker from Mumbai. According to her, music refines one as a person, wholly.

He retired as a Currency Officer from the Reserve Bank of India and an entrepreneur for almost 12 years. Now a professional storyteller, happiness coach and wellness curator.