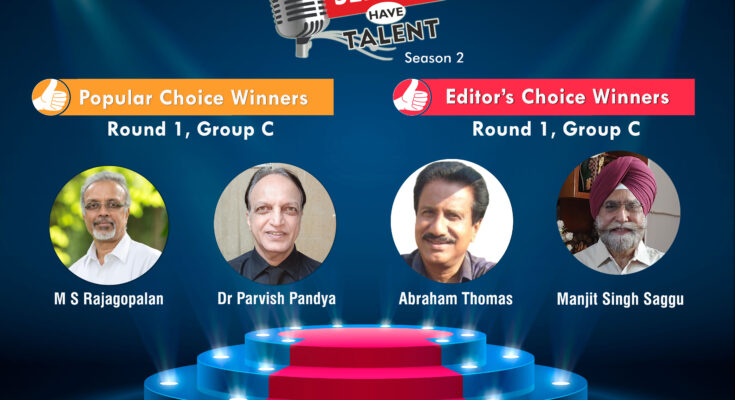 Season 2 of Seniors Have Talent took off on November 29, and on Sunday, December 20, the winners of Group C were announced.

First a look at the winners: In the Popular Choice category, M S Rajagopalan and Dr Parvish Pandya, won the majority vote and in the Editor’s Choice, Abraham Thomas and Manjit Singh Saggu emerged as winners.

M S Rajagopalan is a resident of Bengaluru. His talent lies not only in seamless singing but achieving this feat in many languages! This 61-year-old young man is a great fan of Mohammed Rafi, Talat Mahmood and PB Srinivas.

Dr Parvish Pandya is a retired Associate Professor in Zoology and former Vice-Principal at Bhavan’s College in Andheri, Mumbai.

His passions are numerous; among them, nature, wildlife photography, music, and singing, cycling, yoga and an organic lifestyle, top the list. Being naturally young at heart endows him with a zest for life. He’s eager to discover and take on an adventure in the true spirit of joie de vivre.

As a retired General Manager HR  from Tarmat Ltd, an infrastructural and engineering company, Abraham specialised in airport runways and national highways.  He learnt music listening to his mother sing. He believes music heralds happiness. He loves singing for his relatives and friends. Mohammed Rafi’s songs enthral him as he belts out his renditions of them

Manjit Singh is proof that it’s never too late to do the things that you love. This 72-year-old retired engineer learned classical singing at the age of 70 years and is an amateur singer.  It goes without saying that singing is his passion, and he works at excelling at it, giving it his best, every day. 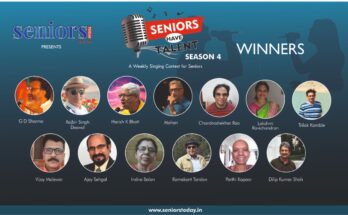