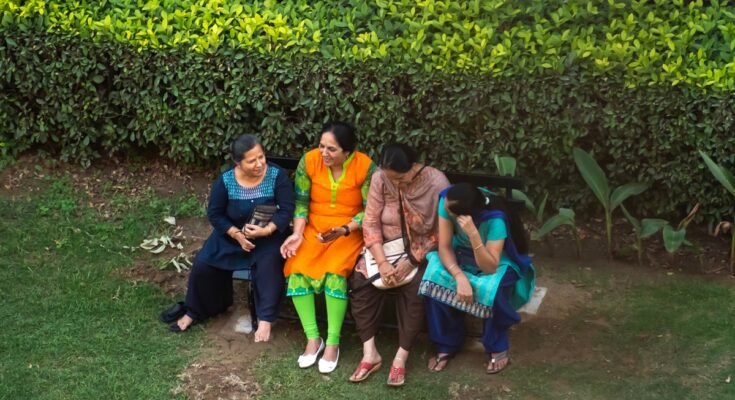 India has a well-deserved reputation for being a very competitive nation on the world stage. We beat the Asian nations in business processing outsourcing, back-office telephony, computronics. It will take a long time for the Chinese to learn how to speak English and in the meantime it will be our voice that will be heard. While all this is very good, we have developed an insatiable urge to speak and want to be heard all the time. We have become a bak-bak nation and we compete with each other to have our say to the extent that a conversation becomes a competition. Many of our radio and TV presenters seem hell-bent on just such a contest. They spit out as many words as they can as fast as they can – regardless of whether their audience understands them or not. The shouting and the bellowing about what the nation wants to know or should know that we ought to know and gory little details that they want to feed us with. Whatever its genesis, this insane competitive urge has morphed itself into a situation where everyday conversation seems to have become a winner-takes-all contest.

Try going out to one of those fashionable pubs; restaurants the noise level is irritatingly high. It seems to me that occupants at the next table try to spit out as many words as possible before they’re interrupted. Little attention is given to whether the ‘hearer’ has actually heard and understood what is being said. Unfortunately this habit has travelled over to family conversations too, and nobody seems to be listening to each other.

Try taking a long flight – the guy next to you is happy to tell you his entire life story. I can see it coming; as soon as you settle in there is a comment on the weather, the approximate time the flight will take off or will land… I have a strong urge to tell the person, why not ask the air hostesses for these details. The unfortunate thing is the whole flight is talking to their neighbours so loudly that it is impossible to get sleep. It’s good to make conversation – it’s also good to know when to stop. Going on a holiday is great, but we get greater pleasure in letting our friends, neighbours and other passengers on the flight know our life details.

In my childhood, we were taught – at home and at school – that it was rude to interrupt someone who was speaking! The common phrase was “Chhota mooh badi baat,” speak when you are spoken to, and do not interrupt elders’ conversations. ‘Listen’ and ‘wait your turn’ were drummed into us. Not any more.

Watch and listen to a debate on television. See the body language of all the people who are waiting for the speaker to pause to inhale, before leaping in themselves. Quite often, the new speaker’s subject bears little or no relationship to that of the previous speaker and the conversation leads to a subject that is completely off the track. No one understand the nuances of debating the simple niceties of allowing others to speak, and finally you don’t know what to make of the din and switch off.

Yet another irritating habit is that of asking Chhotu or Chhoti to sing and recite for Chacha-Chachi, and you are expected to clap in great appreciation. I remember in my teenage days I taught a group of Chhotus about Jack and Jill doing something on the hill and coming down with a daughter. Fortunately I got blacklisted and did not have to suffer Chhotu’s nursery rhymes any more. We are experts at dispensing advice / medicine / nuksas, ie remedies; the strangest people will tell you what to eat when you have a cold, constipation, diarrhoea, earache. I frequently hear my family members offering such advice about the benefits of haldi, aloe vera, ajwain etc etc etc, and this conversation can happen between India and Kanayda, Amricaa… and this could go on endlessly.

Why have we become such a bak-bak nation? Is it the television, internet, social media that has had such a profound influence on today’s generation? Everything is about me and myself. What sort of competition do they think they are winning?

Do you think our younger generation talks too much without listening?

And in the naked light, I saw
Ten thousand people, maybe more
People talking without speaking
People hearing without listening
People writing songs that voices never share
And no one dared
Disturb the sound of silence

2 Comments on “The Nation wants to Bak-Bak”