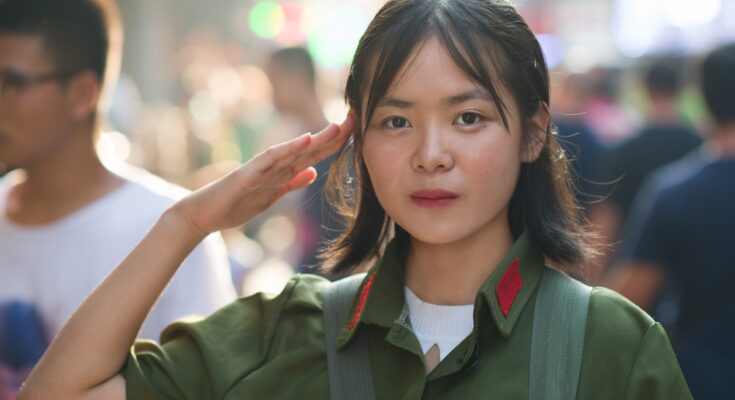 Understanding the four most significant breakthroughs in PLA artillery is vital to draw conclusion of their capabilities, writes Brig GB Reddy (Retd)

China has made extraordinary advancements in artillery particularly in the wheeled and Multi Barrel Launch Rocket Artillery systems (MRLS) but more significantly in the “munitions” field.

Also, highlighted in 1959 was that the real weapon is the “Shell”.  Guns, howitzers and mortars are delivery means or platforms. Ironically, the narrative of debates, if any, focuses only on the number of delivery means; but not on the “Munitions” to inflict destruction.

Understanding the four most significant breakthroughs in PLA artillery is vital to draw conclusion of their capabilities and includes:

Of the four outlined above, China has made most significant breakthrough in the MRLS and precision guided munitions systems.  Key highlights are reviewed below:

PHL 03: Reportedly entered service in 2004-2005; Maximum range 70-130 km depending on the warhead type and also reportedly a maximum range of 150 km; 12 tubes for 300 mm rockets with digital fire control system and operated by a crew of 4; standard rocket weights around 800 kg and has a 280 kg warhead; High Explosive Fragmentation (HE-FRAG), fuel-air explosive, and cluster warheads with anti-armor and anti-personnel sub munitions. Cluster warheads may also carry self-targeting anti-tank munitions; Full salvo potentially cover an area of up to 67 hectares; and paved the way for AR1, AR1A and the AR3, which is currently the most powerful system of this type.

In the field of Precision Guided Munitions, the Chinese have made significant breakthroughs. Their professional details have appeared in the June 2020 CLAWS magazine.  China’s WS-35 155 mm guided projectile, maximum range of 100 km and accuracy of 40 meters, 1,620 mm length and weighs 18 kg using GPS (BeiDou) and INS (for backup) with ‘four tail stability wings’ and ‘four stability wings’ on the warhead to adjust the flight attitude  mainly intended for the PLZ-05 is capable of firing rocket assisted shells. At the top of the trajectory, the front part, which integrates navigation sensors, a GNSS receiver, antenna,   control   devices   and   possibly a seeker, is roll-decoupled. Then the wings are unfolded that helps to gain additional range.

Furthermore, the characteristics of Chinese CM-501 system that appeared in the AR3 include: handling of a number of different sizes of their Spike non-line-of-rockets that are stored and fired from pods designed to operate from the same AR3 8×8 heavy truck; capable of launching tactical ballistic missiles and anti-ship missiles; configured to use rockets of different caliber;  initial AR3  with 300 mm rockets, Fire Dragon 480 tactical ballistic missiles and TL-7B anti-ship missiles; and PHL-16 uses 370 mm guided rockets with a maximum range of 220 km – reach Leh.

Next, the 2-metre-long CM-501GA, diameter 180 mm, weighing 100 kgs and carrying a 20 kg blast fragmentation warhead,   is a missile capable of engaging both stationary and moving targets at a distance between 5 and 40 km. The missile uses    a combined TV/imaging infrared (IIR) seeker for terminal guidance besides some form of INS aided by the BeiDou Navigation Satellite System (BDS). The manufacturer claims the missile has a circular error of probability (CEP) of less than 1 meter.

Also, the 2-metre-long CM-501GX loitering munitions is more like a miniature cruise missile with pop-out wings and a small jet engine has both naval and land versions. The guidance options such as Satellite/Inertial Navigation System (INS), imaging infrared (IIR), semi-active laser (SAL) homing and in-flight updates for re-targeting coupled with a modular design makes it a versatile system. It is being introduced in two configurations: on a 6×6 APC, and on the CSK181 series of mine-resistant ambush protected vehicles. With an endurance of more than 30 minutes it is designed to engage targets at a range of 70 km.

Finally, the Chinese are developing the “New Generation System” to include: Magnetized Plasma Artillery that uses magnetic field generator to create magnetic field inside the barrel instead of gunpowder.  According to Global Times, the reduced friction extends the range of a conventional 155 mm SP howitzer from 30-50 km to 100 km besides its accuracy. For Tibetan contingency, China is developing the world’s first electromagnetic surface-to-surface rocket that offers greater fire range. The new electromagnetic rockets will be launched using additional electromagnetic force, like the catapult launchers that China and the US are developing for their rail guns.

WeiShi-2 (WS-2), a 400 mm rocket system, with variants having a range of 200-350 km.  In 2008, it was revealed that sub munitions are developed for WS-2, including a specialized anti-radar version, which is a rocket containing three UAVs. Once the rocket is fired to the target area, the UAVs are released the same way as other sub munitions. The seekers then seek out target radar signals as UAVs begin to cruise, and once locked on to the radar, UAVs would home in and attack.

Laser Surveillance System combines the use of Lidar (a portmanteau of light and radar), Artificial Intelligence (AI) and 5G technology to synergize detection and dissemination of the images and intelligence. Lidar uses ultraviolet, visible, or near infrared light to image objects like non-metals, rocks, aerosols, clouds and even chemical compounds.

In sum, Chinese are making breathtaking advances in artillery systems at break neck speed.  With the latest all round technology development like the AI, 5G and their integration, artillery will dominate the outcomes of battlefield.

PLZ-07 is a self-propelled 122-mm tracked howitzer designed to replace the PLZ- 89. Developed by China, it is a third-generation gun based on a second-generation IFV chassis. It features improved speed, maneuverability, and survivability as well as digitization. It is the dedicated artillery piece of PLA armored brigades.

But, the latest inductions include the SH-15 truck-mounted howitzer with an armored cabin and armed with a 155 mm/L52 howitzer was first observed in 2017. It is fitted with a computerized fire control system, navigation, positioning and targeting systems.  It is compatible with all standard 155 mm NATO ammunition. It is estimated that this howitzer can reach a 53 km range with a rocket-assisted V-LAP shell. This artillery system can use Chinese laser-guided and GPS-guided munitions. In service with an artillery brigade under the PLA’s Eastern Theatre Command.

Add to it, the PCL-181 155 mm, weighing 25 tons, will be mainly used to replace the active PL-66 152-mm towed gun-howitzers and a small part of the remaining Type 59-1 130-mm towed cannons. Compared with the latter two, the PCL-181 features “fastness” in response, marching, and aiming besides aiming fast. The system features an automatic gun-laying system, a semi-automatic ammunition loading system, a digitized control board, and has room for six personnel in the cabin area (including the driver).

Following the input of the target azimuth data, the vehicle-mounted fire control computer can automatically settle the shooting elements and automatically adjust the azimuth and height of the artillery. In addition, the PCL-181 is also superior to the PLZ-05 in terms of maneuverability and operational flexibility in mountainous areas, deserts, Gobi deserts, and plateaus.

“The howitzer has 52-caliber cannon with a range of over 50km and shoots laser-guided and satellite-guided projectiles. It will boost the high-altitude combat capability of the PLA in Tibet,” Song Zhongping, a military expert, was quoted as saying by Global Times in January 2019.

There are three versions of SP tracked systems: PLZ-52; PLZ-05 and PLZ-07.   PLZ-52, fitted with a 155 mm/L52 howitzer, is an improved version of a PLZ-05. It has modified hull and new turret. Range of a standard High-Explosive Fragmentation (HE-FRAG) projectile is around 30 km and around 40 km of extended-range projectile. Maximum range of fire is 53 km with rocket-assisted projectile.  China developed a GPS-guided 155 mm projectile. It was claimed that this projectile has a whooping maximum range of 100 km and accuracy of 40 m. It is also capable of firing Chinese precision guided projectiles that have a maximum range of 20-25 km.  This artillery system has a semi-automatic or even fully automatic ammunition loading system.  Maximum rate of fire is around 8 to 10 rounds per minute. The PLZ-52 is capable of Multiple Round Simultaneous Impact (MRSI) firing. It can launch up to 4 rounds that would hit the same target simultaneously.

The PLZ05, also referred as the Type 05, is a SP 155-mm tracked advanced cannon-howitzer. Based on the PLZ-83, it fires standard ammunition to ranges of up to 50 km.  It is a modified version AH2 towed howitzer and was developed as a successor to the Type 83 SPH. It evolved from the PLZ-45.   It has an automatic ammunition loading system. Maximum range of fire with rocket-assisted projectile is over 40 km. It is also capable of firing laser-guided projectiles. Maximum rate of fire is about 8 to 10 rounds per minute.

By the latest inductions, the situation in the PLA Army artillery units will be thoroughly changed: artillery of 130 mm and 152 mm calibers are likely to be completely eliminated.

Even the Anti-Aircraft Artillery (AAA) systems like the PGZ-04, is a self-propelled 25-mm tracked air defense system featuring both missiles and AAA guns and particularly effective against helicopters and cruise missiles is in active service. Also, the PGZ-07 boasts dual 35-mm anti-aircraft cannons, with its 1,000 rounds per minute rate of fire as “staggering” and its exterior as “sleek.”

Finally, the HQ-7B Air Defense Missile System (SAM), developed in 1988, is highly accurate, maneuverable, and equipped with anti-jamming capability. It has both land-based and marine variants.

In sum, the induction of modern artillery systems with vastly improved ranges, rates of fire, accuracy and destructive capacity of munitions can have far reaching impact on the course of battles on the Indo-Tibet border particularly due to thinness of air which adds to their known ranges.  What should concern politico-bureaucratic decision makers that the Chinese PLA could target, strike and destroy key objectives without excessive dependence on their air forces operating from high altitude plateau with Leh within nearly 170 kms from Hotan and Chusul within 40 kms from Finger 8 area of Pangong Lake in Ladakh. Similarly, key targets in Sikkim and Arunachal Pradesh are within the strike distance of MRLS systems.

What should also concern politico-bureaucratic decision makers is that future battles cannot be fought with limited quantities of “Munitions” imported from the US like “Excalibur”. If the dream of “Atmanirbhar Bharat” is to be realized, then focus must be directed to “Made by India” – true indigenization in all aspects of artillery to include precision guided ammunitions, MRLS and wheeled and tracked systems – the God or King of Battles.

It is high time for “Veterans” to “Thump the Tables” and demand development, indigenization and induction of latest state-of-the-art systems for the armed forces to deter aggressors in future battles.  For the serving Chiefs cannot express grave concerns in public.  Otherwise, the “Blind men of Hindustan” will continue to indulge in jingoistic rhetoric reminiscent of Nehru’s clarion call on the way to Colombo in 1962 – “Throw the Chinese Out” – at a great cost to national security. 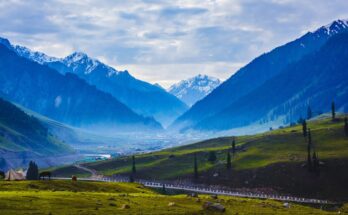 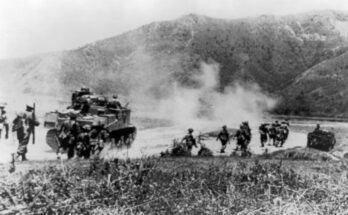 ‘B’ Platoon Of 411 Parachute Field Company To Dacca