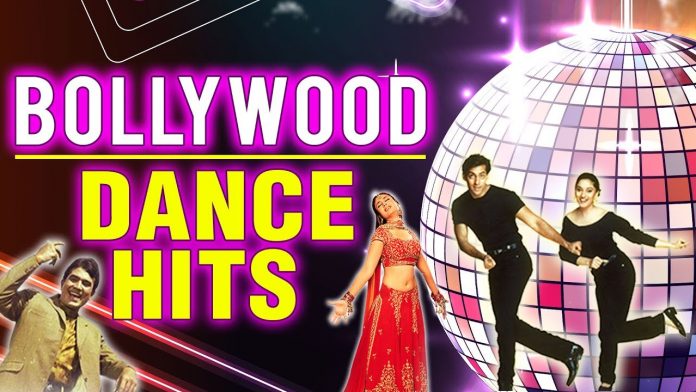 With New Year’s around the corner, parties will soon begin in full swing, with many having Bollywood themes. Since most people love ‘retro’ music, we have created a readymade 1980s playlist.

There are 10 songs, including a two-part medley. The total run is 77 minutes, but a good in-house DJ can snip it depending on the crowd’s mood. Though the songs are chronological in order, we have tried to ensure that there is a certain sequence in terms of flavour and sound. So put on your dancing shoes and re-live the elegant eighties.

A perfect party-starter with a spoken intro, this song featured a sizzling dance by Rishi Kapoor, dressed in a shiny costume. Kishore Kumar sang it brilliantly, with great back-up. Laxmikant-Pyarelal’s music had a foot-tapping dance vibe, and the use of saxophones, trumpets, electric guitar and percussion was splendid. Words were by Anand Bakshi. The song was shot in a packed auditorium.

Pakistani singing sensation Nazia Hassan sang for Zeenat Aman in this song, one of the early disco hits in Hindi films. Music was by Biddu, who had made a mark on the UK scene. Indeevar’s lyrics began, “Aap jaisa koi meri zindagi mein aaye toh baat ban jaaye, haan haan baat ban jaaye”. The song was shot in a nightclub, with Feroze Khan also appearing.

This song was best remembered for Amitabh’s light-bulb outfit, inspired by Robert Redford in The Electric Horseman. Rajesh Roshan provided the music, and the opening beat and handclaps were a perfect prelude to Kishore’s singing and Anjaan’s words. The song was beautifully choreographed in a stadium setting.

This song will continue the energy set by the previous one. Parveen Babi rocked with her dance as Asha Bhosle sang this racy number shot in a hotel ballroom. Shashi and Amitabh appeared on screen too. Music was by Bappi Lahiri, by then described as the Disco King. Anjaan wrote the lyrics, “Jawaani jaaneman, haseen dilruba, mile toh dil jawaan nisaar ho gaya”.

More disco. Beginning with the title track, Bappi had huge hits in the Mithun Chakraborty film Disco Dancer. ‘Koi Yahaan Naache Naache’ was sung marvellously by Usha Uthup for Kalpana Iyer, with Bappi singing at the end for Karan Razdan. Lyrics were by Faruk Kaiser, and the ‘Auva Auva’ line caught on. The tune was inspired by the Bugles song ‘Video Killed The Radio Star’.

The song cashed in on the breakdance craze that had spread across Europe and the Far East, and Jaaved Jaaferi did a fabulous party jig, with Khushboo cast opposite him. The song was sung by Kishore and S. Janaki with Jaaved uttering some dialogues. Music was by Laxmikant-Pyarelal and lyrics were by Bakshi. “Bol baby bol, rock n’ roll” became a catchphrase. Sing along.

The highlight of the song was a seaside dance by Sridevi, who appeared in a cameo. Sadhna Sargam sang for her and Manhar Udhas lent voice to Feroze Khan. Music was by Kalyanji-Anandji, and Indeevar wrote, “Har kisiko nahin milta pyaar zindagi mein, khushnaseeb hai woh jinko mili yeh bahaar zindagi mein”.

As we run out of time, the in-house DJ can create a medley of these two tracks. ‘Oye Oye’ was sung by Amit Kumar and Saapna Mukherjee, and filmed on Naseeruddin Shah and Sonam. ‘Gali Gali Mein Phirta Hai’ was rendered by Alka Yagnik and Manhar, with Sangeeta Bijlani and Jackie Shroff on screen. Music was by Kalyanji-Anandji with lyrics by Bakshi.

Enjoyed the party? Toh gaao, om shanti om, shanti shanti om… as the DJ repeats the track. If you felt 10 songs were less, wait till next week. But it won’t be the 1980s then. We have another theme in mind. Till then, hang on to those dancing shoes.