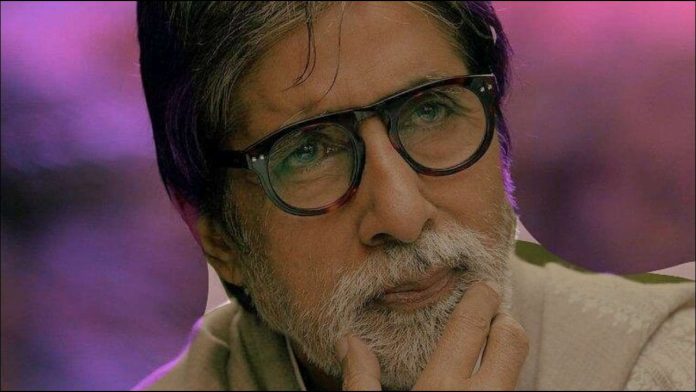 Superstar Amitabh Bachchan’s distinct baritone has suited some types of songs. Over the years, he hasn’t been very prolific as a singer, but the few he sang have been successful.

To celebrate his 80th birthday on October 11, we choose 10 songs Bachchan was associated with behind the screen. Most of these are actually ‘sung’ by him, though a few feature dialogues or recitation. The order is chronological.

This children’s song marked the first time Bachchan sang for a Hindi film. It was composed by Rajesh Roshan, and Anand Bakshi wrote the lyrics as though the main character was narrating a story. “Mere paas aao mere doston ek kissa suno”, were the lines, after a short introduction. Bachchan displayed marvellous expressions, and Rekha also appeared on screen with a group of children.

In 1981, Bachchan lent his voice to many songs. This was a situational song in which he played a drunk person coaxed by his brother (Rishi Kapoor) to return home. Rafi sang the main melody for Rishi, as Bakshi wrote, “Chal mere bhai, chal chal mere bhai tere haath jodta hoon, haath jodta hoon, tere paaon padta hoon, chal mere bhai”. Music was by Laxmikant-Pyarelal. Bachchan delivered his lines in semi-spoken form, slurring to suit the scene.

This was a major playback hit for Bachchan, as he sang about different kinds of wives, be they tall, short, thin or fat. The actor’s appearance in drag costumes entertained the masses. Music was by Kalyanji-Anandji and the lyrics were based on a traditional tune. “Mere angne mein tumhara kya kaam hai, jo hai naam waala wohi toh badnaam hai”, were the main lines.

When the Indipop wave was in full swing in 1996, Bachchan released his own private album Aby Baby. This video song was composed by Bally Sagoo, with words inspired by a piece by Harivanshrai Bachchan. It was a fun song with the lines, “Ek rahein Eer, ek rahein Bir, ek rahein Phatte, ek rahein hum”. The video had some interesting choreography.

Though this film had a big hit in ‘Holi Khele Raghuveera’, this song sung by Bachchan and Alka Yagnik was known for its melancholy and romantic pathos. Aadesh Srivastava composed the tune, and Sameer’s lines were about an elderly couple separated by distance because of circumstances. Bachchan and Hema Malini were seen like they were conversing on telephone.

The famous Rabindranath Tagore song was sung by Bachchan in the background with scenes showing a montage of Vidya Balan shots. Vishal-Shekhar composed the music and Clinton Cerejo and others sang a few lines in English. Bachchan’s smoothness with Bengali diction was evident .

Bachchan played 102-year-old father to a 75-year-old man enacted by Rishi Kapoor. This was a fun song featuring the senior actors. Interestingly, besides singing his part, Bachchan also composed the tune, with Kapoor joining in the singing. To bring out the fun element, lyricist Amitabh Bhattacharya used nonsensical words like ‘Badumbaa’ and ‘Zumba’.

The good thing is that music directors knew which songs suited him most, and which to give to Kishore Kumar, Shabbir Kumar or Sudesh Bhosle, who suited his persona perfectly.