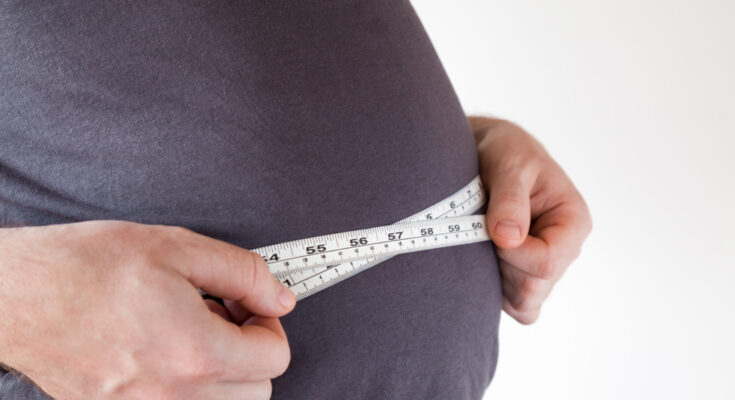 The aging of the brain becomes inevitable as we age. However, there is always a way to maintain the sharpness and the agility that was once there. The cortex of the brain is responsible for cognitive skills from simple to complex. It is the thin outermost layer of the nerve cell tissue in the brain, measuring a few millimeters in thickness.

One of the factors that have an impact on your brain is your waistline. A bigger waistline in your sixties has an adverse effect on the brain by slowing it down.

Body Mass Index (BMI) is the weight of an individual in kilograms divided by the square of height in meters to measures the size of a body. According to the World Health Organization, a BMI of 30 kg/m2 is associated with obesity, 25-30 kg/m2 considered as overweight, and 18.5-25 kg/m2 as normal.

A study conducted by Dr. Tatjana Rudnek, a professor of neurology from the University of Miami, involved 1289 participants aged 64 years having ten years of education. Of which 60% were women, and 40% were men out of which 66% were Caribbean Hispanic. The study began with measuring their BMI and waist circumference to measure the thickness of the cortex area of the brain, its volume, and other factors through MRI scans. Six years later, participants went through MRI scans again, and the results were significantly associated with the thinner cortex. Of 1289 participants, 346 had a BMI of less than 25, which is considered normal. 571 had a BMI of 25 to 30 and was associated with 0.098mm thinner cortex. The remaining 372 had BMI over 30 were associated with 0.207mm thinner cortex.

Dr Rundek said, “In normal ageing adults, the overall thinning rate of the cortical mantle is between 0.01 and 0.10mm per decade, and our results would indicate that being overweight or obese may accelerate ageing in the brain by at least a decade.”

A thinner cortex also adds to the risk of developing dementia and Alzheimer’s disease.

A higher BMI is linked to having a thinner cortex, even after adjusting factors such as high blood pressure, alcohol use, and smoking.

On the brighter side, a healthy lifestyle can prevent the brain from ageing and overall BMI.

2 Comments on “Side-effects of a bigger belly at sixty”